For the last 18 months by FGS-223’s have used a fantastic device handler from Eric M which works perfectly.

When Smartthings switched me across to the new version of Smartthings, this caused the switches to always show the status as “checking status” and stopped Alexa being about to control the devices.

I followed the info below and changed the device hander to the official one in IDE:

Everything works no “checking status” again

This worked perfectly as far as getting the status to work on the 2 switches, it has however given me a whole load of new problems.

This is how the switches appear on my IDE: 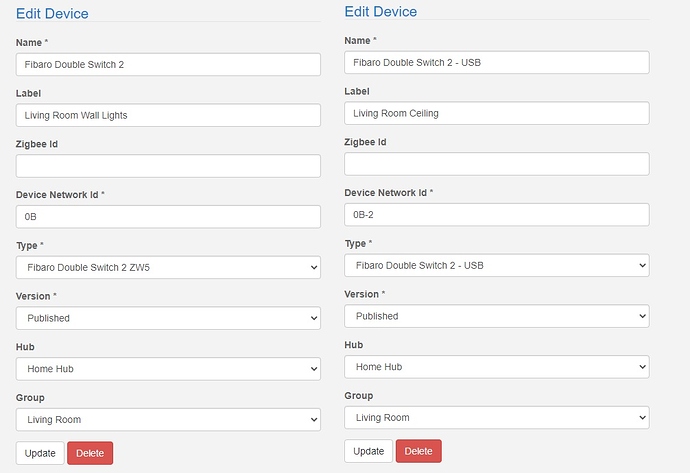 Both are allocated to my Living room within smartthings and work perfectly as far as status checking goes now, see below screenshot showing both devices as switches and the status being correct: 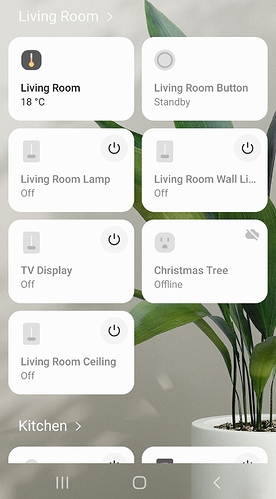 Both devices now work in Alexa for turning on and off but this is where I started to notice the device hander was giving me issues as the child device is appearing perfectly as a switch device, but the main devices the “Living room wall lights using the Fibaro Double Switch 2 ZW2 device type” is seen as a bulb. When going into the settings this information seems to be come from smartthings 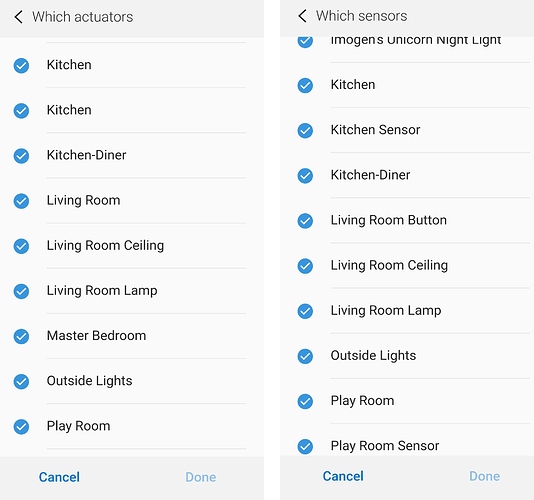 I think all this can be resolved by the Living Room Wall Lights using device type as Fibaro Double Switch 2 ZW5 being changed to a switch instead of a bulb, but I cannot find anyway to over ride and tell smartthings that this is a switch not a bulb?

Thanks in advance anyone who can help

Instead of trying to choose them in the “which actuator” section, go down on the page to select devices by capability and look in capability group 1-3.

Thanks very much, I think you are bang on the money!