Ben, any free time to look into this yet?

Testing tomorrow. Forum Pro-tip: Throw an @ in front of names and they will get notified (@ben)

@Ben How did the testing go or is it ongoing? Thanks looking forward to this get rid of hub?

@Ben Curious if you got it working. I have a Plant Link in my hands right now and I don’t know what to do with it.

I’m still testing my own device type code. So far I think I’m not getting timely alerts. 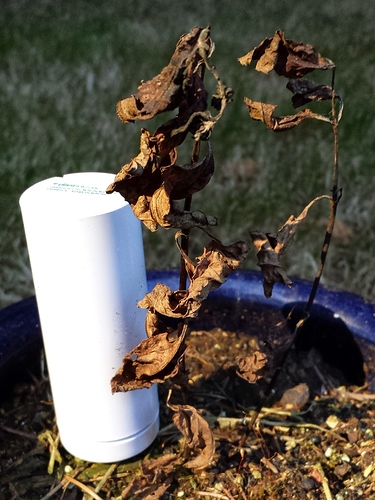 Is Plantlink going under? There haven’t been updates to their website, and the KickStarter page said they are having to refund all the European orders, but they don’t have enough cash to do so. I didn’t buy a hub believing it could connect via Smartthings, but I wonder if there is even long term viability for Plantlink at this time. Shame if thats true.

The company behind PlantLink (Oso Technologies) is pivoting to focus on a different sector - agriculture. They have claimed they will leave the servers up to support current customers and are shopping their algorithm.

I did see that coming. It was pretty obvious something was up. @Ben, any plans to release a device type that can convert the reported plantlink data to basic moist, less moist, dry data? Or should we just return these to plantlink?

I can see if we can get these in the device queue to get that date. I ordered more from PlantLink because they said they would not be able to produce the valve. Hopeful we can still get a solution for these.

@Ben That would be great. I really like the idea of PlantLink. Is there any other options other than PlantLink that work with SmartThings?

Also a huge Plantlink fan - I have 10. I worked a lot with Dan there on getting a device written. He was having major problems getting the zigbee input parsed. I noticed he was on a way old firmware version as well.

I put together a device that sort of parses the data, but its not so hot.

There is also the Adam & Eve Kickstarter project. Probably the most similar I’ve seen to PlantLink

@Ben, sounds like this is not a current priority, but any news on integration?

@Ben, I second. Any update? Tks
.
From OSO update #40 on 8/27
" The other piece of good news is that the SmartThings integration has been completed on our end. We have an integration running in our lab where our Links connect directly to the SmartThings hub and then use a combination of our API and the SmartThings cloud to give SmartThings users watering recommendations. We are currently waiting on SmartThings to finish their portion of the integration process and release the SmartApp to their customers."

@Ben I don’t remember if we every decided on pairing it correctly to our hub, or cloud to cloud.

Greetings! Here’s my first post - alas not a particularly helpful one, other than to echo the desire to integrate PlantLink (or comparable) with SmartThings.

Our ST journey began about a month ago and we’re up to 15 things thus far (the usual stuff - door sensors, smoke/co detectors, motion, thermostat, etc.).

We’re now looking to go deep with things like PlantLink (I’ve had one houseplant for over 20 years and I’ll be darned if it dries up on me after all these years!).

So… in short, thanks to you all for creating such an incredible ecosystem - and I look forward to learning, integrating, and hopefully helping as well. Cheers!

@ben and others, I’m also interested in an update. Just paired my PlantLink to my ST hub… hoping I’ll all work soon!

@klinquist How are you pairing it to the ST hub? sorry i just came in here after noticing ST’s is pulling support. I have 10 of these devices and would love to get them working.