The trigger device is given permission by the hub to send “basic” commands directly to a specific target device without having to tell the hub about it or go through the hub.

“Basic“ has a very specific meaning in zwave. We can discuss what it is if you want, but it’s not important to know the details. But just think of the most basic function of a device class. For an on/off switch, that’s turn on if you are off, turn off if you are on. For a multilevel switch like a dimmer, there will be a level value sent along with the basic command to tell it what level to go to.

A trigger device will be given permission to send the basic command to up to five target devices.

The target device actually won’t know anything at all about the fact that the association was set up. It just gets a command over the network and then it acts on that command.

The trigger device will just keep a list of the device IDs of the target devices that it has been given permission to send a basic command to.

The classic use case for Z wave direct Association is having a motion sensor turn on a light. usually you want this to be super quick, so with z wave association as soon as the sensor detects motion it can send the basic command straight to the light switch without having to go through the hub.

This is a fairly primitive action. There’s no if/then filters that you can put on it, no time of day, no additional conditions. It’s just detect motion, send the basic command. 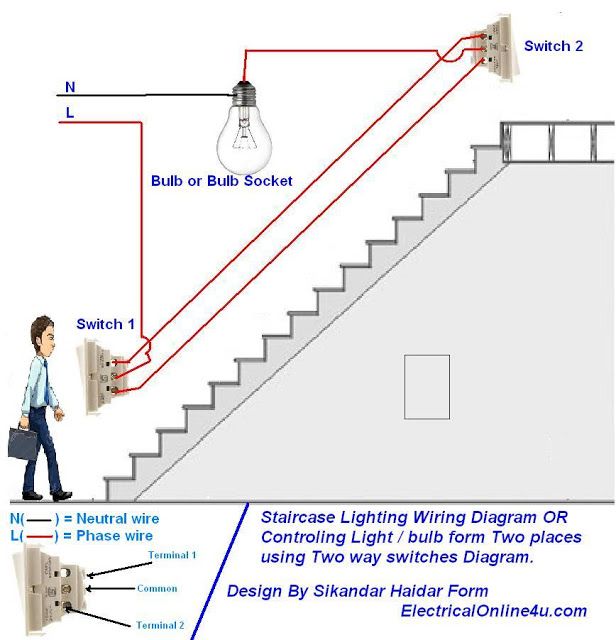 For example, the Aeotec multisensor seven has 11 association groups. 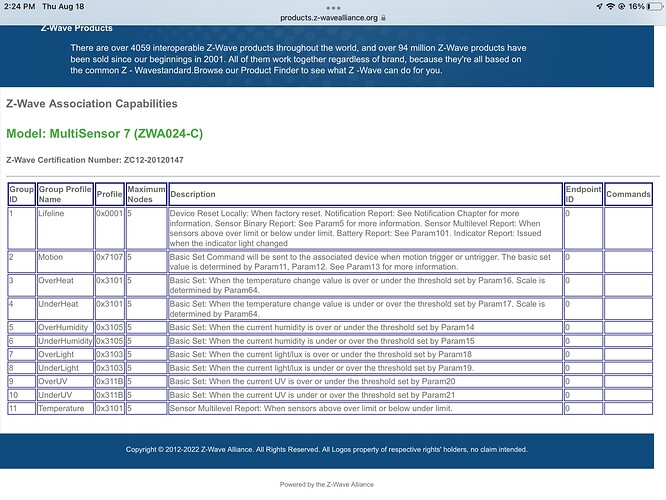 They use association group 2 to hold the list of device IDs for the targets that will get a command when motion is detected.

They use association group 3 to hold the list of device IDs for the targets that will get a command when the temperature is higher than a parameter set by the device owner.

They use group 7 to hold the list of device IDs for the targets that will get a command when The measured light level is higher than a parameter set by the device owner. And so on.

But note again that the target devices have no idea they are even in this group. And the only thing the trigger device is keeping is the list of IDs by association group. it’s a really simple structure.

And it’s up to each device manufacturer to decide how many association groups their device will use and what they will use each group for.

Beginning with zwave plus, Z wave alliance changed the specifications and now every Z wave plus device must support association and it must use association group one as the “lifeline group“ to send messages to the hub. Older devices don’t have to do that.

When you query a Z wave device it will tell you if it has any association groups set up and what target device IDs it has in each of those groups. That’s really all there is to it. You’ll get the list of groups and the list of IDs already stored in each group.

Some Z wave devices have only one network device ID, but have multiple endpoints. A power strip is a classic example. 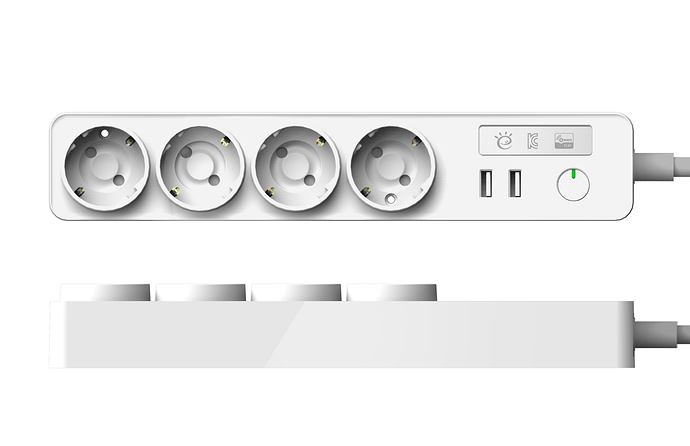 To address these endpoints, you typically use a comma. So if the device ID of the power strip is 03A, The endpoints would be 03A,1 etc.

It might be that you only want to set up an association with the third socket, for example. So you would set the target as 03A,3

OK, those are the essentials, if there’s anything else you need, just let me know.

Thanks for your explanations @JDRoberts

This is fine and I more or less understand it.

The difficult thing is to find in the default LUA libraries and in the documentation how to make the code to create the functions to send the commands and their correct arguments and formats that those default libraries accept to perform the set, get… actions.

When I added the Groups functions in my Zigbee drivers, @veonua was who explain me how to make the lua code to set, delete, read the groups. I was not able to find it in default libraries.
Thanks agains @veonua

we need to thank an unknown ST engineer who spent some extra time and added/kept the API.

luckily, LUA code is opensource and
I just made a full-text search in the Lua libraries and luckily found these endpoints are not disabled.

my other research was about child devices, unfortunately, it’s available only for LAN and it requires decompiling C libraries to hack it. One flag creates so many complications

Is the source code fo this available on Github maybe?

Edge Driver Beta Modified for Created. Contribute to Mariano-Github/Edge-Drivers-Beta development by creating an account on GitHub.

doesnt have it.
Would be great to see how you accomplished things. Thanks!

Hi @Mariano_Colmenarejo
Need help to set up my garage door aeotec gen 5 . I want to remove all alarm .
I already did it with zwave tweaker , but I have lost all configuration .

So if you help me with the first one ,lets say 0x20(32) configure the default Start up ringtone , I want to put disable and so on for other alarm .

So if you help me with the first one ,lets say 0x20(32) configure the default Start up ringtone , I want to put disable and so on for other alarm

I would do this: 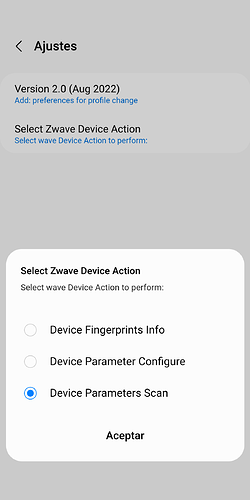 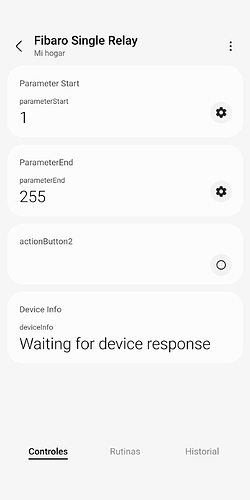 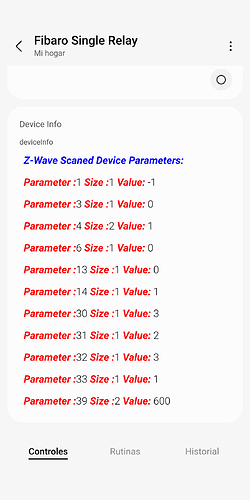 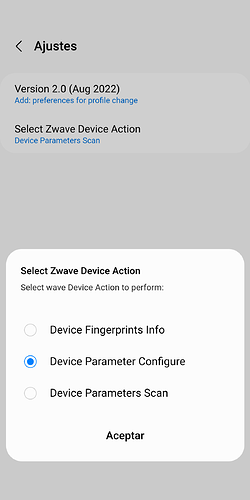 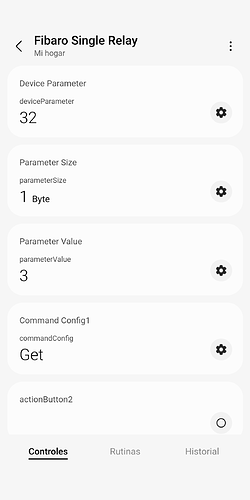 Thank you @Mariano_Colmenarejo
This as worked for me , this as remove the 5 sec delay before the door open.
Another big Merci !! 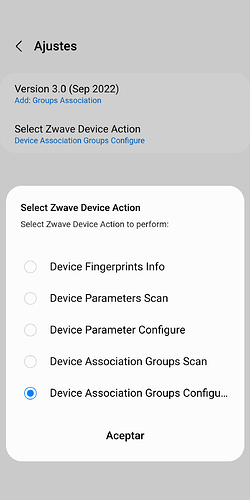 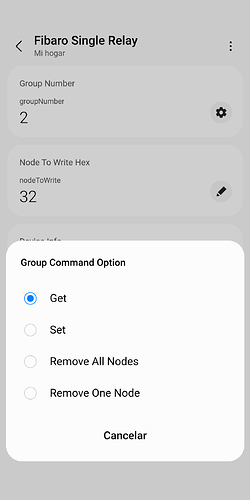 I haven’t tested it much since I only have 2 Z-wave devices with groups and one doesn’t work very well.

The normal procedure for Association groups is: 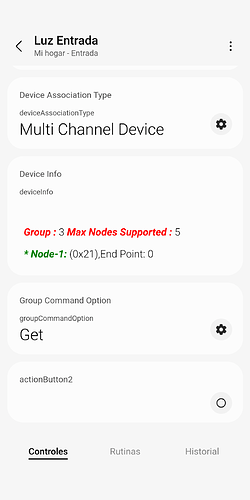 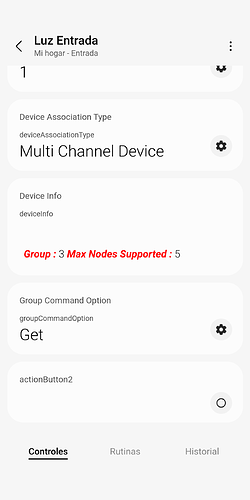 This is the new driver version:

If you find any problem, please tell me

Used this driver the other day to change an option on a Aeon multi 5 and it worked a treat, I told the tec support at Aeon and he was well impressed too.

That last tool is really cool, where can i find that driver? (It looks like Z-Wave Tweaker but for Edge drivers). Parameter 5 set to 2 would use Binary Sensor Report which would make sense to me. Definitely keep me in the loop

Do you have any info for installing this driver in smrtthings?

I reply in your PM

Good evening. I am trying to associate a fibaro Keyfob with the fibaro 214. In the Keyfob I insert the driver, then I select the profile device association group, and here I insert the group 2 and the node address (B9) of the fibaro 214, node endp a 0, set single channel device. When I give the set command it executes it and passes in get showing me the association. Finished restoring the keyfob driver. When the button that sends the command to group 2 is pressed, the fibaro 214 does not execute any command. Where am I wrong?

Good evening. I am trying to associate a fibaro Keyfob with the fibaro 214. In the Keyfob I insert the driver, then I select the profile device association group, and here I insert the group 2 and the node address (B9) of the fibaro 214, node endp a 0, set single channel device. When I give the set command it executes it and passes in get showing me the association. Finished restoring the keyfob driver. When the button that sends the command to group 2 is pressed, the fibaro 214 does not execute any command. Where am I wrong?

Many Zwave devices have various settings (“parameters”) you can change to your liking, with the understanding that on batterypowered devices this can affect battery life significantly. For example, a motion sensor might let you reconfigure the sensitivity, or a temperature sensor might allow you to change how frequently it reports. And quite a few of the new Edge Drivers will expose these parameters on the device’s details page, making it easy to review and change parameter settings. So far, so good.

However, it is important to understand that while these changes normally take effect immediately for a mains-powered device, most manufacturers of battery-powered zwave devices design them to only apply configuration changes every 4 hours. Or maybe even once a day. This is done t…

And from the user manual for this device:

Waking up the device:
The KeyFob needs to be woken up to receive information about the new configuration from the Z-Wave controller, like parameters and associations. Use 1st menu position (white) or click and simulta- neously to wake up the device.

It is a good idea to check the user manual for any batterypowered Z wave device if you are going to make configuration changes to see what steps you need to follow.

Yes I had already read. To accept the configuration I had to wake up the device. The problem is the fibaro 214 that does not perform the command of open

I tried with mine and it doesn’t work either, I don’t know why.

it seems that the keyfob sends commands, since it makes a sequence of yellow led every 1 sec, sending command and at the end 1 red light, no confirmation of the associated hub or device. 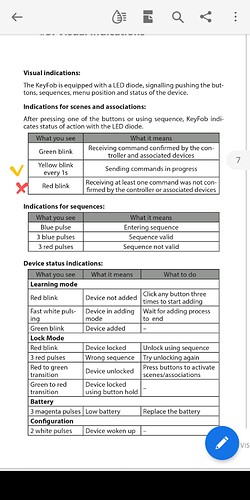 I can’t try more, I don’t have

I have managed to get the keyfob to work with association for a fibaro doble switch.

Yesterday’s problem is mainly that I entered the wrong network address.

Today I entered it correctly and it worked after several attempts, until it linked into the network. Then it works instantly.
It must be a matter of signal quality and range.

I replaced the Button battery too

I have achieved it with endpoint 0 of the double switch.

Putting endpoint 1 turns on the same switch as endpoint 0.

i will keep trying

I managed to control switch 2 with association groups.

You have to put Endpoint 2 instead of endpoint 1 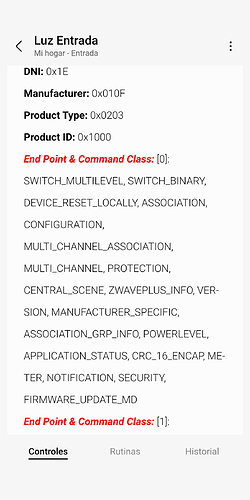 I don’t know if it will be the same for other manufacturers.

No endpoint is entered in singleChannel association.

They are independent command classes.

I used the multichannel association because it sends the commands to a double switch.

It also didn’t turn on and off on the first try, I had to send several commands until the association had to be established correctly in the zwave network.
Once it worked the first time it was instantly working every time I sent an on or off command.

I also verified that the parameter 29 of the keyFob had the value 4095, which is equivalent to sending all the commands of the 6 buttons in security mode 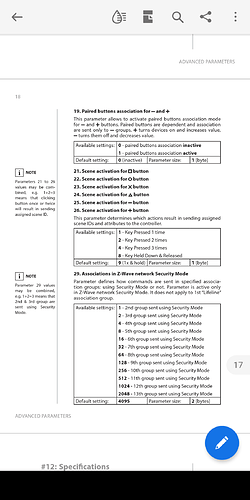