apparently August is adding support for their entire lineup of locks. But I still only see the Pro in the SmartThings app.

Sunshine TECH has been added. Looks like they are from Vietnam? Cloud integration. 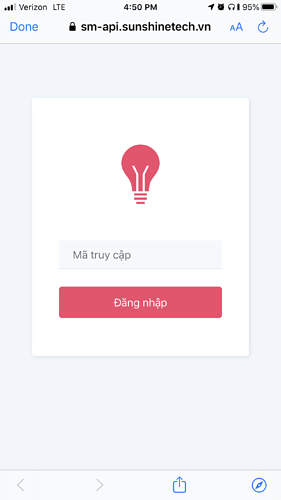 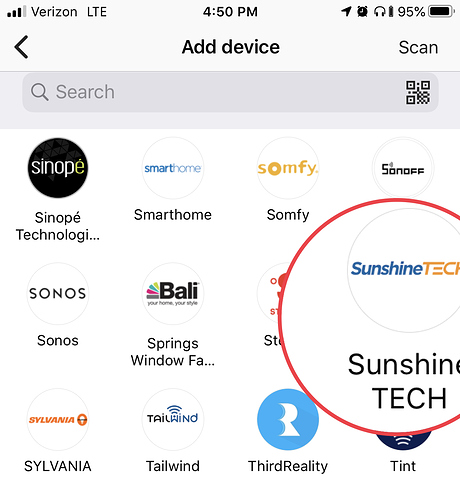 Alfred (door lock) has been added

POWERbot-E has been added (robot vacuum)

Very strange. It looks like it’s a Samsung robot vacuum, but very strange that it’s broken out into its own brand and even has its own app that was released in 2019! 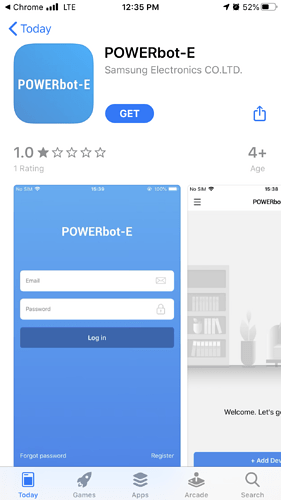 right, but there is a whole section at the top for Robot Vacuum under the Samsung brand. That’s how I added my R7040. And it’s also strange there is a whole separate app when Samsung has been consolidating under SmartThings since 2017.

Just to update you, my Meross devices now appear within ST after rerunning authentication through the integration!

Thanks! I just did the same thing and it’s working now. Thanks for the heads up.

I tried adding Tailwind to the ST app, but it never opened the door after successfully linking it. I removed it, then tried to re-add it, but it never asks for the login info again, and only shows “successfully connected to Tailwind” with the Done button. It also doesn’t reappear in the ST app. I’m not sure how to fix this, since it appears to still have the info saved somewhere and it doesn’t show up under IDE site. The ST Classic app not working with it also looks like it maybe a pain tying it into automations.

If you installed it through the new app, I doubt it will work in the Classic app. So try it from the new app to see if it works there. If you do need to remove it, go to the side menu (using the three bars in the upper left of the screen), then open settings (the cog) and select Connected Services. You can swipe left on the app name to remove the connection. Connected services is where you find all cloud-to-cloud integrations in the new app. Hope this helps!

That was where I needed to remove it. Removing the device didn’t really do it correctly since it was still linked under connected services.

Still confused what exactly is linked with SmartThings though. When I click to open it, it just sits there saying it is opening, but nothing happens. I still need to go to the Tailwind app to open or close it. It does show if it is open or closed correctly, unless I click on it in ST app, where it will just hang saying “opening” or “closing”.

The ST Classic app would allow me to integrate it with the Security system, so it would disarm it when opened, just like how my Schlage locks can disarm the alarm when unlocked in the ST Classic app. As far as I can tell, there really isn’t much integration I can tell at this point.

I’d contact tailwind. They own the integration. If it’s showing open/close in the new app, you could probably use it to disarm SmartThings Home Monitor in the new app.

Tailwind won’t work properly with the Classic app. So you may not have a choice. The new app can now do 90% of what Classic can, plus other new features that Classic never had.

What do you mean by that it won’t work properly with the classic app? First device I’ve ever seen do that. As for the new app vs. old, the classic app as far more robust automations with it. Until the new app incorporates those I don’t see how it is in any way ready to go. Honestly, I’m not even sure why they can’t get those automatons on there yet.

Until the new app incorporates those I don’t see how it is in any way ready to go. Honestly, I’m not even sure why they can’t get those automatons on there yet.

Have you tried the new app in the past two weeks? The most recent update has made quite a few improvements.

Until the new app incorporates those I don’t see how it is in any way ready to go. Honestly, I’m not even sure why they can’t get those automatons on there yet.

Have you tried the new app in the past two weeks? The most recent update has made quite a few improvements.

Past couple of days. Doesn’t seem like anything in terms of automations have improved or matched the classic app. Are Routines showing anywhere for you yet, because I can’t find them?