Anybody here looked at Neos Insurance.

It looks like they supply some a Z-wave hub and Fibaro devices. I’ve asked if it integrates with SmartThings but they said currently is doesn’t. It does integrate with Amazon Echo devices so I’d assume some sort of API or at least IFTTT connectivity.

Anybody tried them or know more about it?

If it’s Z-Wave it’ll work with ST (check the region through, EU and US have different frequencies). They just may not support it but the devices themselves with pair. Amazon can talk to ZigBee devices but they can integrate with other devices using API’s.

I ave it, devices will work with ST just fine but not via/in conjunction with Neos hub which im pretty sure is just a raspberry pi with zwave shield

Just ordered Neos insurance myself. The “Good” package, so just the camera.
The insurance was a good deal anyway, regardless of the smart camera.
I think I’ll try hooking up to SmartThings…not sure I want a 3rd Hub

Thought it was worth updating - I’ve still not had my camera delivered, and looking on trustpilot reviews, it appears to be a common complaint.
Luckily they happened to be cheap insurance, so the camera was a bonus, but a bit disappointing. Hopefully it’ll turn up soon!

After emailing a complaint on Saturday, the new camera was shipped and delivered today.
Good response, shame it took so long before they leapt into action.

The new camera is one of these:
iSmartAlarm ISC5P SPOT+ 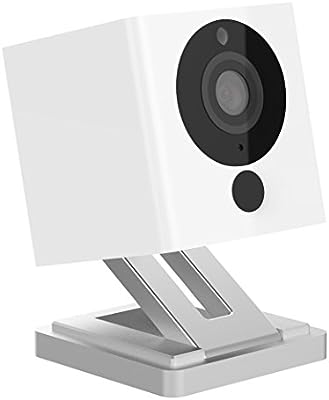 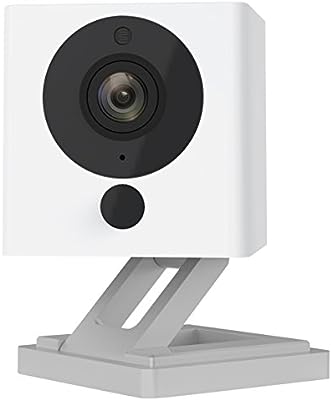 But as delivered by Neos, it is labelled as “Neos SmartCam”, model “NS-CAM-02”.

Time to test it out!

Looks good - I’ve used that hardware model before and it’s been slick.

Xiaomi aren’t the manufacturer though - they white labelled it just like Wyze, iSmart and Neos do now. Original manufacturer is a China-based company called Hualai (http://www.hualaikeji.com/en)

Also - a heads up, the hardware might be the same in all the above cases but I’m pretty sure they’re not cross compatible. My understanding is that the hardware and probably firmware is the bit that’s been provided by Hualai, the rest will all be Neos/Wyze/etc. But when I get my Neos camera I’ll let you know

Yeah, thought that was the case - the Neos implementation appears to be pretty good from my playing with it so far.
I wonder who is doing the cloud storage for them though?

I also found this: https://itunes.apple.com/gb/app/aviva-connected-home/id1326753088?mt=8
So looks like Neos have rebranded their App etc for Aviva to use too.
Actually, Aviva have bought a majority stake of Neos: : https://www.aviva.com/newsroom/news-releases/2018/11/aviva-to-acquire-majority-shareholding-in-neos-ventures/

App works well. Shame there’s no Smartthings intergration.
No complaints, other than night vision could be better. But there is a USB socket on the back of it, that supplies power, maybe some kind of USB infrared LED’s could be rigged up.

Cool, looking forward to getting mine. Hopefully it turns up soon!

Hmm interesting I wasn’t aware of the Aviva connection. I would bet the cloud storage is AWS (the rest of it seems to be).

Have you asked them about SmartThings integration? Seems like an obvious one to do.

It is good indeed to finally see UK insurers catching up (somewhat) with what has been available in the US for a loooong time.

Sadly there is still an elephant in the room. None of the handful of UK smart insurance schemes like Neos offer a smart water shutoff valve. Even the dumbest of insurers knows that water damage is by far the most common cause of insurance claim above fire etc.

Some of them do offer a water leak sensor but without the ability to automate turning off your water stop cock or allowing remote control of your stop cock this is hardly going to help much.

See this for what I regard as the leading (US only) solution. https://leaksmart.com/products/

Sadly they have no interest in selling suitable products outside the US.

The ‘best’ UK smart stop cock valve solution I have seen so far is this - https://www.grohe.co.uk/en_gb/smarthome/grohe-sense-guard/

It is however hideously expensive, has no integrations (correction they now link to Nest) and is the totally wrong form factor. Not only is it designed for horizontal plumbing whereas in my experience the overwhelming majority of existing manual stop cock valves are on a vertical pipe but it is huge, this makes it hard to fit under kitchen sinks or behind kitchen cupboards or washing machines.

Yeah shut off valves are the obvious next steps, but I think the reason they haven’t really taken off with the insurance schemes is exactly as you articulated - complexity and cost. In the US it’s easier because stop cocks are commonly those lever ball valves (which you can easily retrofit a control box to, requiring no plumbing work) but here those silly little twist taps are still really common. Not to mention most of them are hard to access, buried in walls, are generally left with very little space around them, like you said.

Stand alone leak sensors are better than no leak sensors IMHO. Let’s say the average house is occupied approx 65% of the time (assuming the occupants work 8 hours a day, 5 days a week, plus out for a few hours on the weekend). That means you’ve got a 2/3 chance of being at home when a leak occurs - allowing you to go and deal with it. And even if you’re not at home, you can deal with it with nominated contacts (neighbours, friends etc) or by just coming home. Providing you can respond within what, 10-15 mins? Damage is going to be pretty minimal - if nothing else you’ll have reduced the claim amount significantly (also reducing the disruption to the occupant.)

Of course for some people, they WANT to have a shutoff valve for extra peace of mind - cool then there are solutions out there for that. But I can’t see UK insurers ever really swinging for it on a mass market scale any time soon. Maybe in the higher end of the market? People who pay say £1200 per year and up? I can see that, because the £’s make sense. Spending £300 to stop an escape of water claim in a home where the solid wood antique floor alone cost £30k makes more sense than doing the same in a house with a £300 carpet. (Slightly facetious example, but you get the idea)

Or perhaps someone will go for a model where the user pays for the valve cost upfront, and gets some sort of ongoing discount on their premium as a result. That could work, but it’s still a big upfront cost (£400 all in upfront to save 10% (£15) per year.) I suppose it’s more about the peace of mind… but if that’s true why aren’t more people just buying them in the first place?

I’ve actually been saved twice by my leak sensors - both times I was at home. One I put a load of washing on and got a sock caught in the door (breaking the seal slightly) and resulting in it pouring onto my kitchen floor. The other time (coincidentally, also related to the washing machine) was when the waste water tube came loose from the fitting on the back of the washing machine, again resulting in water everywhere.

Those two times alone have convinced me that these cheap, simple little sensors really do have a place in the home. They’re absolutely not perfect - but in the land of the blind, the one-eyed man in king. So to speak.

There are some shut off ‘valves’ which attach to existing manual valves but most of them actually involve plumbing in to the pipe and hence include their own valve mechanism. The LeakSmart one (only available in the US) is I believe one of this later type and so was that very expensive UK one I listed from Grohe.

“Plus the price comparison sites are making people switch insurers more often than ever before” - do you think it’s bad? Personally, thanks to this option I changed my insurance company to the cheaper one, because, being a taxi driver, it’s important to save money on insurance. So, now I pay 1200 a year for my Subaru Impreza using this insurance https://www.total-insurance.co.uk/taxi-insurance/private-hire-taxi-insurance/ instead of 1900 than it was previously. Great difference, isn’t it? By the way, the price will only decrease each year in amount of 15%, so, thank heaven we have such processes as globalization, otherwise I would still pay 1900 for my car insurance…

"Plus the price comparison insurance…

I was not necessarily expecting insurance companies to pay for this but they do in the US subsidise the cost and should do here as well. The benefit to the insurer is reduced cost of payouts in the event of a leak, and the benefit to the home owner is potentially reduced insurance premium or at least a reduced likelihood of needing to make a claim and lose their no claims bonus and also having to pay an excess.

Even if financially a leak costs you nothing there is also the hassle of cleaning up and the potential loss of irreplaceable items e.g. family photos.

How much is the average cost of home and contents insurance?

With the average UK household owning £35,000 of stuff, protecting it is important and it might be cheaper than you think. The average combined home and contents insurance policy costs £161.75 a year

Certainly neither impartial or correct