So I’ve been searching and reading a lot about contact sensors. Most of the discussions are a bit old. I need 14 contact sensors to cover all my 1st floor windows any suggestions that won’t break the bank? And I don’t need multi no purpose sensors however anything extra is a bonus.

You can read through the thread I started earlier this year asking the same thing. The Iris V2 ones I found are all sold out ($5 each!), but I think there were other suggestions in the thread.

I’ve finally using up the last of my Iris 3320-L contact sensors I bought a while ago. I’ve got 25 and they work great. But as part of another project, think I’d like to get 15 more contact switch for use on some windows and to measure temperature. Does anyone have a good recommendation for inexpensive contact switches that work with SmartThings? I think I’d prefer Zigbee, but I’m willing to be flexible. I’m hoping for around $10 each (I was spoiled getting the Iris ones for that). 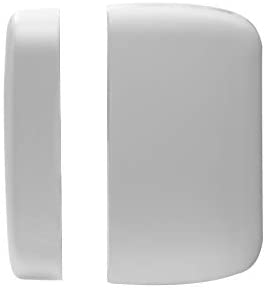 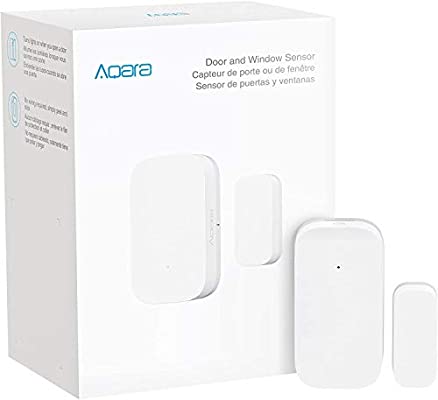 Note: AqaraDirect sells all official US versions of the Aqara products. Products purchased from unauthorized sellers are NOT eligible for replacement by Aqara. 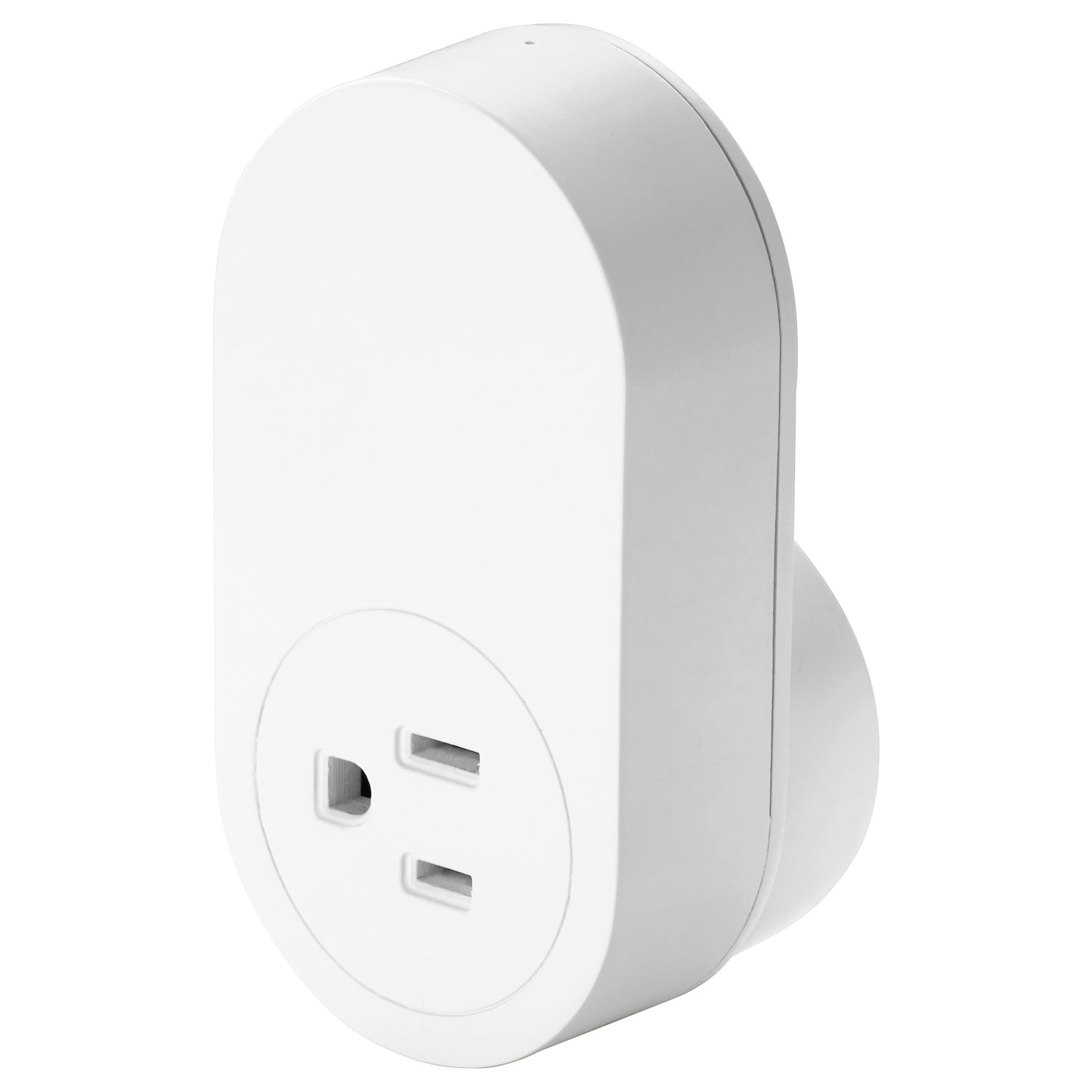 
.
2) Ring’s security systems uses Zwave plus with S2 security, so they can be added to a smartthings system if you have a V2 or V3 hub. If you get a six pack of the contact sensors they are about $17 each. Although the product description says they need the ring base station, you can connect them directly to a newer smartthings hub instead. 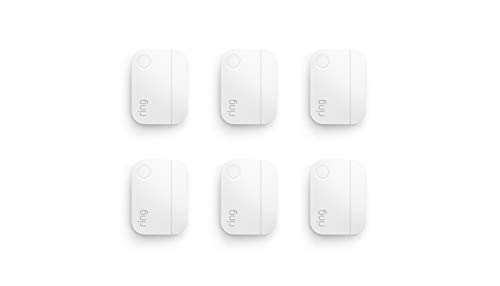 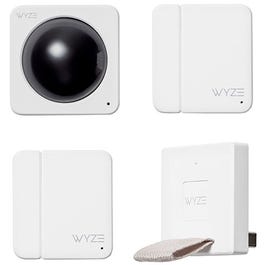 The ring sensors are likely to give you the least trouble and are well engineered, but are likely to have a shorter battery life than the Aqara.

The Aqara are a good choice if you want zigbee devices, But you may run into some network issues if you don’t have the right repeaters.

The Wyze sensors are certainly the cheapest, and I’ve been happy with them in my own home, but I would guess the ring sensors are more reliable long-term and there’s no direct smartthings integration for the Wyze.

(I haven’t listed the discontinued Iris sensors which were very popular about six months ago when you could get them very cheap because they had been discontinued. Now they are harder to find and more likely to be defective units.)

The ecolink zigbee sensors at $13 that @johnconstantelo linked to look very good. I would not expect them to have the same network issues that the aqara do and they should have better battery life than the ring sensors. The Wyze would still be a candidate if you want really cheap sensors and are willing to put up with the clunky integration.

Have the Wyze sensor trigger an Alexa routine (not a smartthings routine) which then turns on a virtual sensor as a proxy in smartthings. Or just use it to turn on a smartthings-controlled device. This works even though the Alexa integration with SmartThings is broken in the other direction right now (Smartthings sensors don’t reliably trigger Alexa routines, but sensors of other brands do.)

so that’s using Echo as an intermediary. I think it would be preferable to get one of the sensors that connects directly to a smartthings hub, but that does cost more. Like I said, we are using the Wyze sensors quite a bit as touchless switches to control lights as a convenience feature. But nothing mission critical.

Since nobody mentioned it in the bulk thread, I’ll add a plug here for the sensors I use, Visonic MCT-340. They’re very low profile, pair with a stock DTH and last a long time on a battery. There’s also a handler out there to have them show up as various other devices, if you want to modify them or use them in a non-standard fashion (no idea how this works in the new app as I no longer need it). 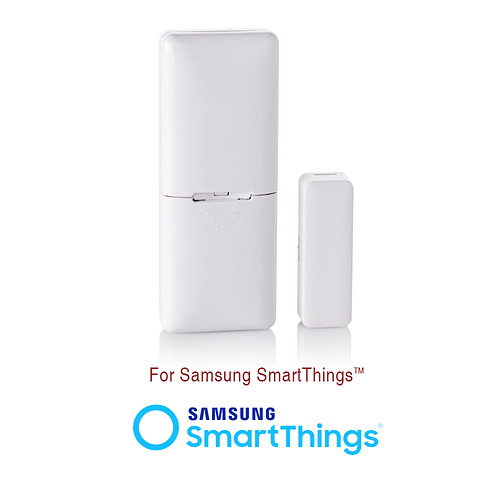 My house had 2 XHS2-SE sensors when I bought it. After pairing them to ST, I went ahead and added a few more - under $10 on eBay. There are a pile of them in the market. Reports battery and temperature as a bonus.

Confirming that I just added XHS2-SE with V3 Hub and new app. It originally added as a Thing. In the IDE, changed Type = Tyco Window/Door Sensor. All is good. Shows open/closed, battery, and temperature. Read all of @JENP post before starting. The first time, I help the tamper switch too long because I was still reading about releasing it during the 4 seconds that the LED is illuminated.

Find many great new & used options and get the best deals for Ecolink 4655BC0-R Wireless Door Window Contact - White at the best online prices at eBay! Free shipping for many products!

Sweet, thanks! I’m about to start a project for another family member, so this is perfect, thanks for sharing.

As I’ve mentioned before, I myself don’t buy electronics on eBay from random sellers. A lot of the stuff is counterfeit, a lot of it is joblots of returns bought from other retailers, and for both these reasons, many device manufacturers will not honor the warranty for Devices bought on eBay. But that’s just me.

In general, I agree. But you need to look at the specifics of the auction and the reviews of the item and the seller.

I only posted because these say “New: A brand-new, unused, unopened, undamaged item in its original packaging”. If they don’t come in sealed boxes, then return them.

I was considering the xiaomi contact sensor. However I don’t want to fight them dropping.

They should do very well for ya’ I’d think. I have one outside my house as well. It’s not sealed or anything, but it is shielded from the weather, so it doesn’t get direct sunlight or rain (even with the rains from the hurricanes coming through NC).

I get the same hurricanes.
, I’m in South Carolina.

I bought a mix of Sonoff Zigbee sensors (multiple sellers - Aliexpress and eBay), and all have come with batteries installed and the protective tab to keep it disconnected. I was surprised, because I remembered reading the same notice.

I use the Visonic and they have been good, I have probably about 8 of them. Really low profile and connection has been rock solid. Battery life is 6 months to close to a year, not sure what’s causing the variance. The big downside is they will register to 1% battery life then still last like 3 months. An upside to the batteries is they are really cheap as they use coin batteries. I buy a pack of like 12 off Amazon. . . which they could be crummy which would explain the variance, but they are cheap enough it makes up for it.

I also have a monoprice zwave plus sensor that had also been very reliable and the battery has lasted forever. I think it’s going on at least 2 years, maybe more. Downsides are it’s kind of bulky and every so often fails to report in to my health check app even though it’s online. That polls devices every 5 hours to see if it’s alive.

Can I ask how the battery life has been for these XHS2 sensors?