[Migrated to Custom Capabilities] Rooms Manager: Smarter Rooms: Personalized rules based home automation with rooms Occupancy sensing from devices you already have in your home

Yeah, I know. I’m looking for a more realtime status though. Sometimes the switch is manually turned off and the person leaves the room so the room is technically vacant. Instead of waiting for the timeout to reflect the actual status, I would like that set back to vacant when that switch is turned off, even if it’s set to engaged.

ahh, got it. yes it is possible to do that, with the following caveat:

when you pick a switch you can either pick a actual switch or simply a smart light bulb. so 3 scenarios here:

does that make sense?

ok. will put it on our list of todos.

thanks for the feature idea.

want to recommend a new feature? heres another way to do it open an issue on github and post a link here: 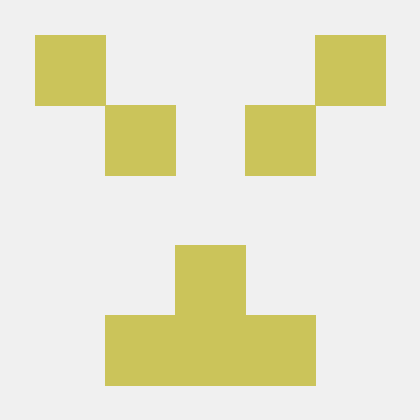 Would it makes sense to allow the room to be set back to vacant when a light switch is turned off?

actually if you set the switch to be the engaged switch does it not already do that?

EDIT: you also have the option of moving the room from ‘ENGAGED’ to "VACANT’ state without transitioning thru the ‘CHECKING’ state by setting the flag “When resetting room …” at the bottom of the ENGAGED SETTINGS page.

The engaged settings only accomplish half of what I prefer. It’s ok. I created a simple conditional rule in webCoRE that works for me.

The engaged settings only accomplish half of what I prefer.

that sounds good. what was the other half that it did not cover?

if a mode and state is not picked then it acts as a global rule driven only by lux and/or time settings.

@johhnwilliam has been helping me test it. its a bit tricky and without his help i wouldnt have made the progress i have made in a couple of days.

we will probably test it a bit more before putting it out in the wild. if anyone is feeling brave enough ( from turkey dinner high?

) to give it a try, please ping me. i will prioritize any issues you may run in to to get it working for you.

heres a preview of lighting rules. this allows for lights to be turned off or on based mode, state, lux, etc. when turning on the lights the level, color and color temperature of the lights can be set as well.

you can even have rules for the vacant state so you can leave a light on in the basement or the nursery even when its “vacant”. 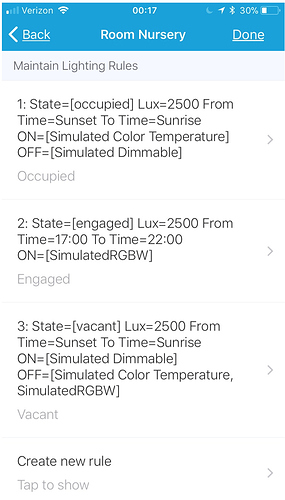 UPDATE: updated version 0.07.0 to github with the following changes:

the rules create much more flexibility in when switches are turned on and off or routines are run controlled by these rules.

before creating rules please give the room a name and save it. then go back in to the room and edit the rules. the rules use the app state and without the room created the app state is not available to the app for use.

the switches on and off defined in a rule are respectively turned on and off when there is a condition change and the new condition matches the condition defined in the rule. so you have the option of different switches being on and off in the same state but at different times of day.

With the new version, please be carefull when adding new rules. You CAN’T delete these rules. Once you’ve added them, they will stay forever. In ST settings are read only, so we don’t have any way to remove them (yet). It doesn’t really matter but for the OCD people like me, it can be annoying. If you leave everything blank, it wont be shown anymore though.

preview of coming changes, was getting tired of changing from the room device to the common devices for the room like motion, contact etc to see their current values. all in one place now 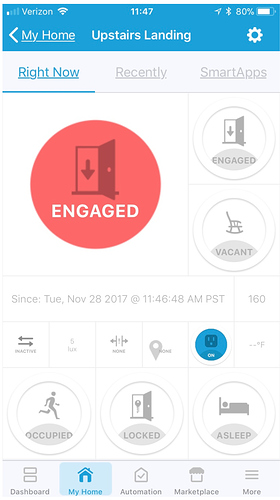 Do we supposed to install:

no please dont. sorry i forgot to remove them.

You’ve made quite of bit of progress with this nifty App! Keep up the great work. The App Rocks!

thank you. with @johhnwilliam helping we are getting more and more done.

Is it dumb to ask why Occupied and Vacant aren’t at the top being opposites of each other? And what is “Engaged” and do I have to use it?

not at all. from using this from a while now, i rarely need to use the occupied state. motion changes the room state to occupied then the rules take over from there. the most basic use of engaged is when you are motionless in a room. like watching TV sitting on sofa not moving around but want the lights to stay on? engaged will do that for you.

then for the bedrooms since i dont have a sleep sensor per person i set the bedroom to asleep at night and the rules take over from there for the switches and light.

so the 2 states i click on most is asleep and vacant and sometimes engaged. hence those 3 buttons are placed in a way that your thumb is able to access them easily when using the mobile one handed.

note there are also other ways to set room to engaged state that will do the same as clicking engaged in the app. like you could use a contact sensor or switch or a button to set the room to engaged. those options are in the engaged settings.