Has anyone had any experience of connecting any of the self-powered switches that are starting to appear around the place? I’m just starting out with my HA and I’m intrigued by these magic devices, but documentation seems fairly light.

For reference, the two main ones I’m coming across (available in the UK) are Nodon CWS-2-1 and Thinkbee Wireless Self-Powered switch.

The thinkbee one seems to use the 433 MHz spectrum. The Thinkbee one comes in a kit with a dedicated socket, so I’m assuming it works along the same principles as the cheapish remote socket systems that crop up every now and again.

The Enocean switch appears to use the 868 spectrum. It looks like EnOcean work mainly in this area, but I can’t find out if they have a hub that works with these, or if I’d need to get an RPi system or similar.

PS. This is my first new post (rather than reply) so if it’s in the wrong place, many apologies.

They are cool, aren’t they?

As far as specifics, EnOcean uses its own proprietary protocol and doesn’t work with SmartThings.

By far the most popular device of this type, by the way, is the Phillips hue tap, which works with the hue bridge. 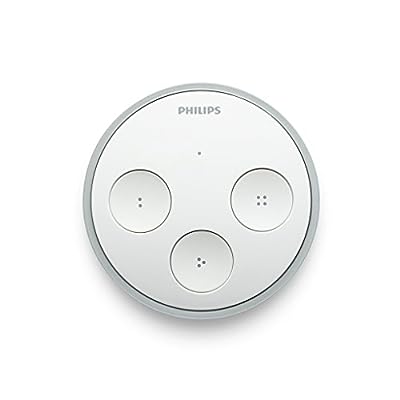 The world's first wireless smart switch that's powered by your own touch. Take it with you around the house. Leave it in a handy spot. And use it to control your favorite hue scenes, quite literally a ...

We have a couple of the Taps at our house and like them for scene control. Although the product description says they require a “hard push” it doesn’t seem to be any harder than most light switches. I can do it, and I can’t push hard enough to use the door latch button on my microwave, for example. (I’m quadriparetic.)

Thanks for the info.
In the words of my long-suffering wife: “Will it look like a switch?”

So probably we’ll end up with the Devolo Home Control Wireless Wall Switch (available from Screwfix in the UK)
I was mainly curious if anyone had done the work to make a EnOcean RPi bridge yet.

I was mainly curious if anyone had done the work to make a EnOcean RPi bridge yet.

Not that I know of. There’s been some additional discussion, but no project reports posted.

So why not EnOcean? Devices & Integrations

Hello, I appreciate this isn’t necessarily a smartthings related post but I’ve been wondering why the EnOcean protocol and the associated range of energy harvesting sensors & receivers hasn’t yet gotten any traction in the marketplace, particularly in the UK. I’m not an automation guru by any stretch of the imagination but the EnOcean protocol offers data communication at such a low bandwidth that their devices can run completely wire and battery free. Given their release of the energy harvesting technology to work in a BLE & Zigbee environment I can only think they are well placed to dominate the market for low bandwidth sensors, receivers and actuators. Granted their chipsets are more expensive than other protocols but in today’s world surely developing devices that inherently require…

EnOcean have recently expanded their product range and now offer energy harvesting modules compatible with Zigbee and BLE protocols (https://www.enocean.com/en/enocean_modules_2.4ghz/). OEMs are now starting to incorporate these modules into their products.

This should open up smartthings comptibility for energy harvesting switches and sensors.

Also, the products I’ve been developing may be of interest. I’ve developed an in-wall switch utilising the EnOcean technology which will enable the pairing of additional wireless switch transmitters for 2 way switching. It’s been designed specifically for traditional lighting circuits with no neutral and will prevent users unknowingly turning off power to your smart bulbs if installed. Take a look at my website (www.rhoob.com), I’m currently developing a Zigbee variant.

It’s not enough just to be zigbee. To be compatible with SmartThings, it needs to use the zigbee home automation profile (ZHA 1.2).

For example, the Phillips hue tap mentioned above is a zigbee device which is not directly compatible with SmartThings, because it uses the green energy profile.

My guess would be that any EnOcean device would use the same zigbee profile as the Philips Tap-- without batteries, it’s just not going to have enough power to run the more complex profiles.

A converter is required to enable communication with HA1.2 gateways/devices.

Philips uses a ZLL profile for most of their Hue Devices, including the Hue dimmer switch, but I believe the Tap is an exception. It’s not listed in the ZLL certification lists the way the others are.