Does anyone know of a reliable but small wall plug? I’d like to have 2 in one double wall outlet. I’ve seen the iHome smart plugs and they are great in terms of size but I don’t need the hubless functionality. (they also don’t seem to have very good reviews) I just need something stackable that works well with Smartthings.

Looking for use cases. What can SmartThings do for you?
Bulbs, switches and sensors, oh my....what to buy (device class features FAQ)
JDRoberts December 28, 2018, 3:05pm #2

WeMo mini is quite good if you’re ok with WiFi, and it seems to go on sale quite often. It’s designed specifically for stacking. Should work out of the box with SmartThings, although you have to install it through the Wemo app first, then wait 10 or 15 minutes, and then as long as you’re on the same Wi-Fi network as your smartthings hub you should be able to add it to SmartThings. It’s become quite popular because of the sales. 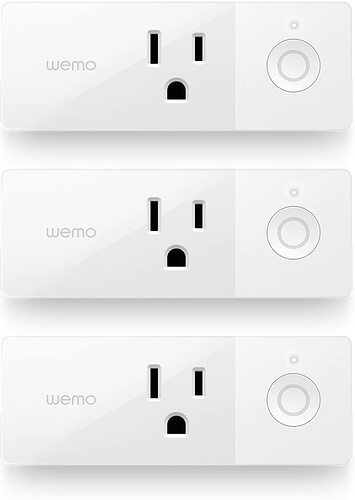 Amazon has a new WiFi plug that you could set up via an Amazon routine: 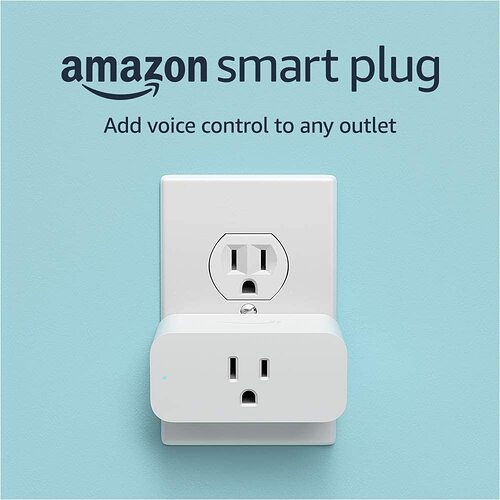 Amazon Smart Plug works with Alexa to add voice control to any outlet.

For a different approach, Zooz has a zwave plug with two independently controlled outlets that might work for you. 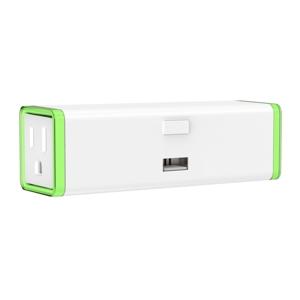 And GE has a similar design. 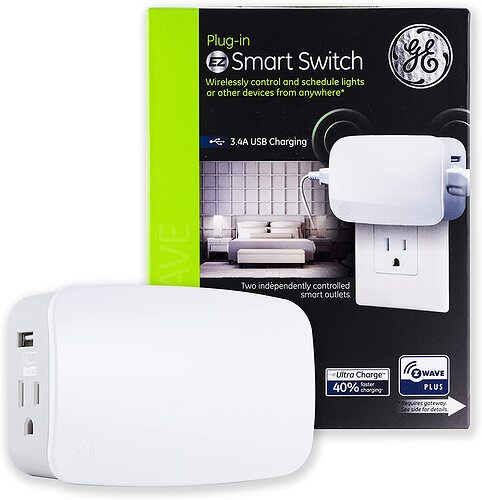 Expand your control with the GE-branded Enbrighten Z-Wave Plus Plug-in Smart Switch. When paired with a compatible hub, the smart switch operates lighting, fans, pumps and more through individual commands and...

The new iris zigbee plug can be used on both outlets. Zooz is coming out with a wall wart with two controllable outlets sometime soon. Maybe @TheSmartestHouse knows more about timing. 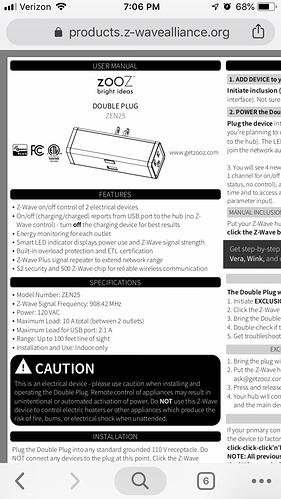 Thanks for the tag Jimmy!

We plan to release the S2 Double Plug during the upcoming CES show in January and it should be available for sale within the next 3 weeks. We’ll post a link here once it’s released.

Since it works with Amazon echo, you can use that as a “man in the middle” with the same method described in my previous post for the Amazon plug. Setup is fairly tedious since you have to create a virtual contact sensor with switch capability and then an Amazon routine (not a SmartThings routine) to turn it on and another to turn it off. But it can be done.

If you’re going Wi-Fi, though, I would think either the iHome or the Wemo, both of which have out of the box integrations with SmartThings, would be a better choice for most people.

These work great for stackable plugs, been using them for years, they are also Zigbee with repeaters built in. They also make a dimmer one too. 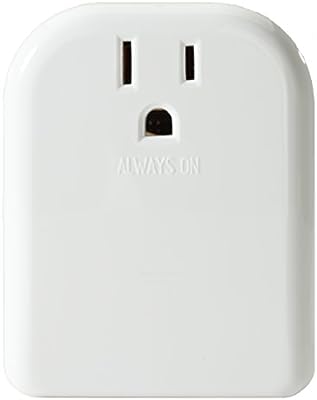 Another WiFi option is the idevices plug. It has one controllable outlet on the side in a mini plug which is easy to stack. There’s no direct integration with SmartThings, but it has an IFTTT channel, so that’s pretty easy for just on/off . Price has come way down from when it was originally introduced so it’s now in the same $25-$29 price range as many of the others, and like the Wemo mini, it also has HomeKit integration. You can get energy monitoring through its own app, but that data is not exposed to SmartThings. 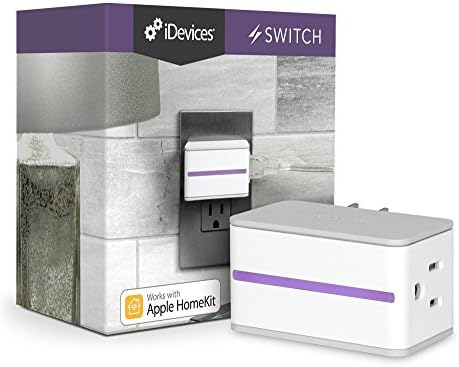 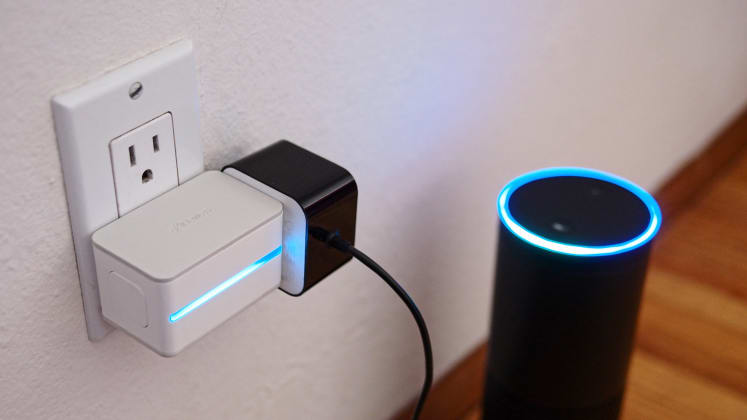 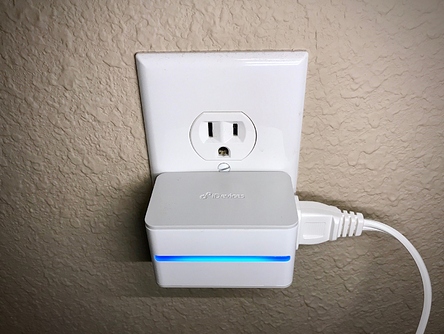 Connect iDevices to and more.

Those Centralite Plugs have outlets on the bottom to control a device. The front outlet is always hot, which makes them stackable.

Wow thanks for all the responses! Lots to think about here

Nice to know there are other people who know and care!

I just got three GE zigbee plugs. They take up one outlet space (the top of a duplex outlet), leaving the bottom outlet available. They each provide two outlets - one controlled by zigbee, one pass-thru. $21 each, brand new.

2-in-1 Power   PRODUCT HIGHLIGHTS 2 Z-Wave Plus outlets for Z-Wave or manual control - turn each one on or off individually or together Connect lamps and small appliances (total 10A max between 2 outlets, use ZEN15 for fans and motors) 1 USB port for...

Just ordered one! Thanks for the update. This looks great!

How can I sneak ordering this by the wife?

Hey there, I’ve only been able to get Smartthings to recognize this as a single device (Both plugs turn on and off simultaneously). Any hints?

You need this device handler

This is a device handler for the Zooz Double Plug (ZEN25). Creates parent device that allows you to see and control both outlets together, view the state of the USB port, and change configuration parameters. It also displays the combined Power, Energy, Voltage, and Current Creates devices for left and right outlets which displays the Power, Energy, Voltage, and Current. Creates a read-only component device for USB Port. [Screenshot_2019-01-21-16-56-04]    [Screenshot_2019-01-21-16-56-10] You need to install all 3 of the DTHs below for full functionality. DTH for Double Plug DTH for Outlets DTH for USB Port

Ok thanks for that. I followed the instructions and still have the same result. It only discovers one device and both receptacles turn on and off together.