#adamisasmartthing - well done, epic progress on this topic since i last looked, which wasn’t that long ago. It’s a curious thing that things move so quickly its almost impossible to make a decision and stick with it. I was specifying a load of Fibaro dimmers, but will now look at at LWRF I think, due to value.

Now I need to work out a way to use Fibaro sensors as the temperature input for the heating system (all underfloor)… I was hoping it was possible to purely use a Honeywell Evohome setup, but without shelling out for a load of Honeywell in room thermostats (the Fibaro sensors as a substitute would be amazing. I will start that post elsewhere though.

@kenjohnson - glad to hear it’s working out for you.

@Shaun_Reinson - As long as you can ssh it and it runs linux then you should be fine, should run fine along side kodi.

I’m just looking at making my first foray in to the auto home market. I really liked the lightwaveRF stuff but love the Smarthings ease of use.

I will now buy Smarthings with confidence that i can integrate it with the LWRF sockets. I’ve got a few spare RPi’s which will now come to good use too.

Its people like yourself that give up your time to make these things happen. As someone else said, LWRF should be very grateful to you. Well done and thanks.Genius.

@adamclark_dev Hey Adam, just wondering if your Alexa/smartthings integration is still working? Mine seems to have stopped abruptly.
It’s not your interface, that still works away perfectly with the smartthings app, it’s just through Alexa, she can’t see the devices any more and smartthings responds with this in the live log:

“11:20:15 AM: error physicalgraph.app.exception.SmartAppException: Method Not Allowed”

I’m just wondering if maybe there was a recent update that borked it for us, by any chance is your echo the same now?

Home from work and now echo is not working with SmartThings. Attempted to re-link with SmartThings but Alexa not discovering any devices. Anyone else having a similar issue?

Would this allow me to use these door contacts? 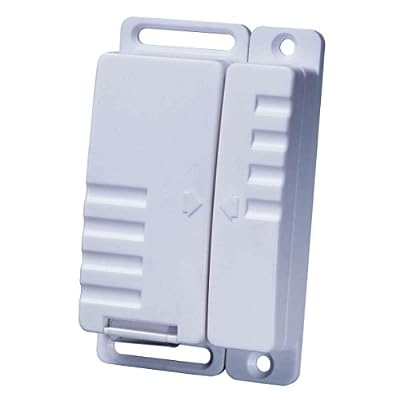 The LightwaveRF Magnetic Switch can be attached to any door or window. The switch can be used to trigger any LightwaveRF device (e.g. dimmer, socket or LED) when it is activated by the opening of the ...

I saw some comments further up the thread that suggested not, yet one of the ‘answers’ on the Amazon page s
suggested that this sensor DOES pair with the LightwaveRF hub.

If so, this would be a really cost effective way of adding door/window sensing to ST.

hope your well mate, all things been running very smoothly this end.

Recently tried installing the Raspberry Pi device type using BerryIO, no such luck and the guides and instructions are pants compared to the ones you give

Anyway main question was I am about to start trying some other things with the Pi, it happens to also use Nodejs, will this interfere with the current configuration or can multiple service use node or do i need to get another pi?

All the best,
Craig

The contact sensor will link up with the LWRF hub and you could run triggers within the LWRF app to control their lights and switches etc.

But as fare as I’m aware the groovy written for the lights and dimming control will not tie in with the LWRF contact sensor via smartthings, would have to be direct. That is not to say that you wouldnt be able to create something but I am not sure how well comms from the LWRF to Smartthings performs as the system that adam has developed is mainly (apart form the confirmations) sending commands from ST to LWRF.

I’ve been trying the same both Webiopi and BerryIO, can’t get either working alongside lwrf.
see Adams notes above ref Webiopi. as it took out my lwrf. - fixed now but still no working pi device type integration.
I’ve ordered a 2nd pi

(new pi 3) to test the device-type on and to give me a test bed.

My current problem appears to be with the default site on pi which can’t be found in available sites. But I’m not sure whether it’s me or the instructions and I don’t want to knock out the lwrf service again.

If I make any progress I’ll post an update.

I have not even tried the Webiopi system as it keeps advising that if you have a Pi2 to use the BerryIO, so went straight onto this, Followed it step by step, word for word and refused to bloody work, annoying… I must admit i was just looking at a second Pi anyway as I dont really want to use the LWRF Node or tinker with it too much as it seems to be running solid…
minus the question above for adam,

Im hoping he says “Yeah will be fine” as the base work is already done and node is running.

But yes update me on your progress buddy, would be interested to know if it does work as the guy on the thread does keep saying to ensure its a fresh install.

if I get the Berryio working on the new pi (if and when it arrives) i’ll put lwrf over the top and see what happens.

@Jonathan_Jones - Many thanks, glad it works for you.

@PailOckenden - Pretty sure that the switch connects to the devices directly and bypasses the hub via their proprietary RF protocol (if it works the same way as the switches). LWRF to ST commands are pretty much a no go since I last looked (might have changed but wouldn’t hold your breath). The way that the node implementation works is by mimicking the commands the smartphone app sends to the hub, the hub just sends back a received notification and then broadcasts RF.

@CraigJohn / @Silverpawn - All good over here. Looking at the BerryIO docs it should only be using ports 80 and 81 with apache, if I find the time this weekend, will give it a go for you. You can run multiple node applications on a server, as long as they are running on different ports there should be no issue.

Just wanted to double check something

if I perform the following…

To check Node.js is properly install and you have the right version, run the command:

will this clash with the current nodejs running, is there many variants of nodejs

This should be fine, like like it’s just upgrading the node version. A simpler way to get the newest version is probably the following,

"With the impending launch of new LightwaveRF IFTTT channels, we thought that we’d get some feedback from you in terms of`which functions you would like to see up there. Were also interested to see what you plan to use the new channels for and what ideas you have.

You can therefore now check out the LightwaveRF Facebook page to add your own requests and ideas."

Be interesting to see what they implement:

@adamclark_dev integration will trump an official IFTTT one on timing alone, adam has almost instant response times, IFTTT will be slow at best.

Yep IFTTT has always been slow and variable on reaction speed so adam’s app is not going to be beaten, but there are quite a few items in the LWFR eco system that we can’t use yet in either direction so if IFTTT fixes that lighwave could become a lot more useful. especially responses from the sensors.

@Silverpawn, @AutomateEverything - If they are going through IFTTT then they are using their API, if it is the same as the consumer one then it is still laggy and drops the odd command here and there…

Don’t think responses from LWRF sensors can ever happen, as sensors do not talk to hub, just to devices. Is at the hardware level and no software upgrades will fix.

p.s. On a side note. Am working on getting the LWRF energy meter to report into the ST app. Energy meter should arrive at the start of next week, The energy meter does report back to the hub!