I was wondering if anyone knows of a zwave light switch that also reports energy usage. We have a radon system with blower fan in the attic. There is a regular light switch to turn the fan on and off but there is no way to tell if it’s workings as we can’t actually hear the fan. By reporting on the actual power being used I could tell if the fan was no longer functioning.

You can use an in wall micro attached to that switch. That gives you networked control of the switch and a couple of them have energy reporting.

You need to check the specs, but Aeon has an appliance control module which can handle a load of up to 40 A., model ZW078-A. It’s quite popular in the community. 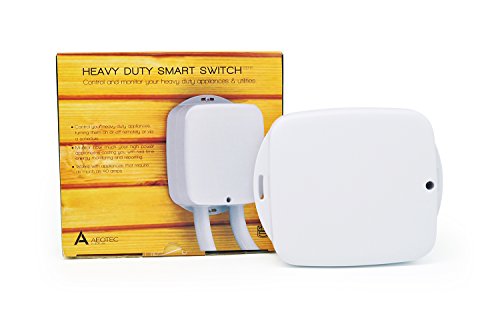 Thanks JDRoberts. I did see that device on Amazon but wasn’t exactly sure how to implement. Right after I posted this message though I saw that the Zigbee version of the GE paddle switches will actually report energy usage. They are about 10 bucks more than the ZWave version. I think I may try that.

The dimmer wouldn’t match the specs for a fan and a radon clearance system. The Fibaro is a light dimmer, it should never be used with anything motorized.

That’s why I said check the specs. The specific Aeon module that I linked to is designed for motors.

What are the specs you’re looking for? Is it 15A, 20A, or more? Is it wired direct or does it plug into an outlet?

I believe the motor is wired directly with a standard light switch in between.
Those motors seem to run on less than 100 watts. 15A should be more than enough.