I just got a SmartThings hub for xmas and I would like to replace 3 light switches in my house. I know pretty much nothing about replacing switches and power in general. My house was built in the 70’s so it does have aluminum wiring throughout.

My questions are can I replace these with smart switches or should I go the bulb route? If i can which smart switches or bulbs should I purchase? I’m also confused about the wiring. For example the Back Porch switch has two black cables and no ground while the Back Patio has two black cables and a ground. As for the Front it has two cable a red, black and a ground.

Front Light Switch controls 3 fixtures (the switch on the right).

I prefer to use switches rather than controllable lights as long as you are not looking for color variations. I have found GE/Jasco switches to be very reliable. You have neutral wires at all locations so that’s a good thing. Your biggest problem is going to be physical space in the boxes. If you have the skills, you would probably want to install larger “old work” electrical boxes. There are also “in wall controllers” such as Aeon Labs DSC26103-ZWUS that may fit in the box and can be used with your existing switch or similar “slim” switch, or if you don’t care about a physical switch, you can just leave the switch out of the circuit and put a cover plate over it. As for your wiring, with the Front Light switch, the red is merely an extension wire for the circuit and is effectively also a black wire. Can’t tell which wire on the switch is HOT and which is to the load. It doesn’t matter to your existing switch, but it will to a controlled switch. You’ll need a meter to check which is which. Other than that, you have your ground (bare wire), neutral (white wires) and your HOT and LOAD wires (red and black) Your back Patio switch appears to be wired correctly, however again, you will need a meter to determine which black wire is HOT and which is to the LOAD. And again, your white wire is neutral. Your Back Porch switch is missing the ground wire, but there appears to be an available ground wire in the box, and again your white neutral wire. You should add a ground wire from the bare ground wires in the box and run it to your switch. If this all sounds like Greek or too much work to you, you should either hire an electrician or just put it all back together and go with the controllable bulbs. MAKE SURE YOU TURN OFF POWER AT THE BREAKER BEFORE DOING ANY WORK AT THE BOXES!!!

I’ve got the same issue with the aluminum wiring and the biggest problem is space inside the box. Those Aluminum to Copper wire nuts take up a lot of space, and I don’t see how the GE/Jasco switches would fit into a standard box with the wire nuts. I had to buy a box extender for the one smart switch I’ve installed because it was a reno electrical box and even with copper wiring to that one switch (was added later as part of a renovation by a previous owner) there wasn’t room in the box. It obviously sticks out from the wall, but it’s out of any main walking paths through the house so it’s not a big deal. 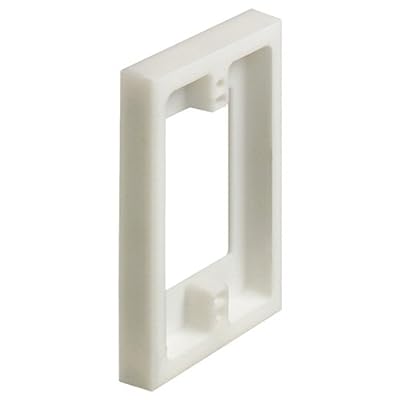 
I just ordered an Aeon Labs nano dimmer to see if I can fit that into a box with the Al-Cu wire nuts. For now I’ll be looking at using that in a two-gang box in our master bathroom (the lights are ridiculously bright and my wife has been complaining since we moved in). I can let you know how that goes, should get the dimmer tomorrow or Saturday.
marktheknife (Mark) December 28, 2017, 2:33pm #4

I know pretty much nothing about replacing switches and power in general. My house was built in the 70’s so it does have aluminum wiring throughout.

Smart switches are usually (always?) rated for use with copper wiring. As @Fredbob711 implied, there are probably ways to get around this limitation, but if you really don’t know anything about home wiring, and aluminum in particular, you would probably be better off working with a professional to install the switches.

Switches or bulbs. My rule of thumb: Use a switch for turning on/off multiple devices (lights) or when the bulb itself is difficult to replace. Otherwise use the bulb.

Besides the standard cautions on replacing wiring, read carefully the device caveats. Make sure your older wiring meets the requirements for these smart, electronic devices.

Smart switches are usually (always?) rated for use with copper wiring. As @Fredbob711 implied, there are probably ways to get around this limitation, but if you really don’t know anything about home wiring, and aluminum in particular, you would probably be better off working with a professional to install the switches.

See purple wire connectors on the pics above for connecting aluminum to copper pigtail. As stated by @coronamike50, you will most likely run into room issue also metal box which will also be a problem for relay module behind switch.
Be extra careful with the wiring. They are fragile and do come loose overtime if not tightened correctly.
If you are going to change out the box. Try replacing them with metal box. I know it’s not the greatest for HA devices but a safer alternative for Aluminum wiring because the whole box is grounded.

Everyone thanks for the advice! I went ahead and ordered 3 of these GE switches listed below from amazon. Along with a multimeter for finding out which wire is hot. I also plan on picking up some box extenders, purple wire connectors and some 14-2 wire to extend the neutral to the GE switches.

Buy one smart switch and start with any easy circuit that has only one switch that controls the lights. Looks like your back patio might fight this.