I started with a wall switch, i have installed everything according to the manual.
The led indicator at the bottom works, im able to pair and control the switch with google home
But unfortunately my lights remains off!

its not the fixtures, i have tested it and they work with the old switch.
I tried to use on another switch and the issue is the same


[Album] Imgur: The magic of the Internet 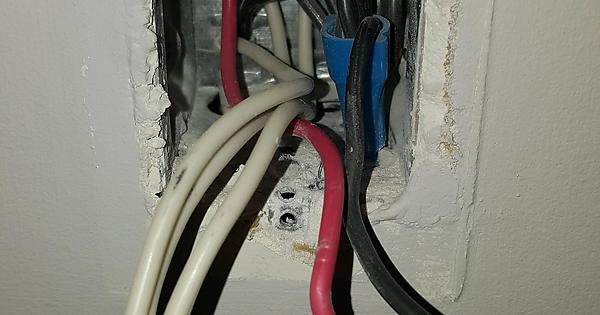 Can you post a picture of the new wired switch?

Ah i removed it already from the wall
Is there something specific you wanted to see?

I think what you needed to do was add a additional white jumper wire going from your new switch to the existing white wires in the wire nut. Also, is this the only switch that controls the fixture?

Oh thanks, i took a white wire from the (3 that was in the wire nut).

So i just have to get a additonal white jumper wire? its odd they did not include that into the package

I’ve seen some switches that come with the additional short length of white wire for doing this. I’m not familiar with the actual switch you are installing so I can’t say this is what’s needed for sure. But, I think if all three white wires were bundled together before, they need to remain that way and just add the switch in with a new piece of white wire. Is there only one switch that controls the fixture you are dealing with? If it’s a 3-way, the wiring might be different still.

Nope its not a 3 way, it only control 1 switch, but what you are saying makes sense.
Ill try to get a additional white wire and ill let you know of the results

Oh thanks, i took a white wire from the (3 that was in the wire nut).

If I’m understanding you correctly this definitely would cause problems as you interrupted the circuit by taking one of the neutrals out of the bundle.

The advice to pigtail into the bundle instead is right on.

I was just looking at the installation instructions for your switch. If the same as what you have, look closely at the diagram showing how your existing box is wired, and then the diagram that shows the wiring of the new switch. You’ll notice they added a white wire into the mix. It goes from the new switch to the wire nut. They don’t make this obvious or spell it out. And they should include a length of white wire for you if this is the case. Anyway, give that a try.

Quick update
Thanks alot for the feedback
Got myself a additional white copper neutral wire and combined it with the other 3 white wires
Works wonders! THANKS!