Lennar is a major new home builder, and they like to put some fancy automation in their homes. About 15 years ago they were using nexia. Then they used HomeKit for a year or two, but they got a lot of pushback from people who had android phones.

So last year they switched over to “Wi-Fi certified” based on Alexa-compatible devices, and have a partnership with Amazon where Amazon smart home services (those are all Amazon employees, not third-party contractors) go out to the home and do the installation, including setting up a couple of routines. They will only set up devices purchased as part of the Lennar home package, although you can add others later yourself.

The Wi-Fi is always a commercial grade Ruckus system, and they make a big deal out of how it supports many more Wi-Fi devices than a typical residential system, so they have at least thought about that issue.

The package always includes at least one echo show, some echo Dots, a ring doorbell and maybe some other ring devices, some kind of Baldwin Kevo lock, but I haven’t been able to get the model number. Lots of Lutron stuff including Caseta switches and optional Serena shades. Plus some Sonos speakers.

So far, so good. The initial press announcements said SmartThings would also be included, but since then none of the demo videos have shown any ST Devices, but they have featured Samsung smart televisions, so I thought maybe that was the “SmartThings” piece now.

However: if you go to Amazon and look at the Lennar smart home page where you can buy additional items, there is one lone zwave device, a Leviton pocket socket.

So I got curious as to whether that was a model number mistake and it is supposed to be the WiFi version, whether it’s a leftover artifact from when they thought Samsung televisions would have hub capabilities, or whether there is indeed a ST hub among the professionally-installed equipment.

Has anyone seen a punch list for these homes? I can’t find one.

OK, I found one video which appears to show the smart things hub inside the equipment cabinet, but so far nothing else.

Amazon's Alexa will be built into all new homes from Lennar

Lennar announced Wednesday that standard features in its new homes will include smart locks, doorbells, thermostats and lights controlled by Amazon Alexa.

No further mention of SmartThings.

Is ST missing the a boat here? Or is Amazon purposefully racing the boat away from them.

It is smartthings, at least in some regions! Professionally installed by Amazon employees.

The full list of locations, if anyone nearby wants to go tour one:

It is smartthings, at least in some regions! Professionally installed by Amazon employees.

(and since I have to “chime in about ActionTiles at every turn” — according to @Ben and his fascinating new venture: Connected Robots and the SmartHome — I wish I could figure out how to get Amazon and Lennar to include us in the lineup too!

You have to have the Lutron smartbridge in order to get Lutron integration with either Alexa or smartthings, so that would make sense.

The Lutron plug is weird. They only make one for use with lights, not small appliances, so that probably answers that question. They’re similar devices, but not identical.

As far as why Lutron switches, they work great and are typically a faster response time than any zwave switch. They also are perceived as an upscale brand, like Sonos, which in this context makes sense.

I agree the Sonos play choice seems weird as does the echo plus rather than the regular echo. Not sure what’s going on with all that.

Also, since a number of their security packages use go control Z wave sensors, they may want to have the Leviton as a repeater option for Zwave.

OK, looking at the lists, it appears that smartthings was chosen to be the Z wave controller that will fit in the cabinet that they are using. ( The Wink is much larger, a tower device like an echo)

These are going to be professionally installed. And they are part of the pre-sale home package, and although the customer gets to make a few choices, router position is not one of them.

One of the interesting things about the echo plus is that it moves the zigbee coordinator out of that router cabinet ( and away from the super-powered Wi-Fi transmitter).

These are the kind of decisions that professional installers might make, well DIY folks probably won’t have the tools or the knowledge to implement, at least the first time around.

I don’t know for sure one way or the other, but I wouldn’t be surprised if in this project the customer doesn’t get the SmartThings app at all. They want people to be using the echo app with, of course, echo voice control.

I haven’t seen any examples in the Lennar materials on Geopresence, for example.

It’s a shame that SmartThings hasn’t caught up in this regard. 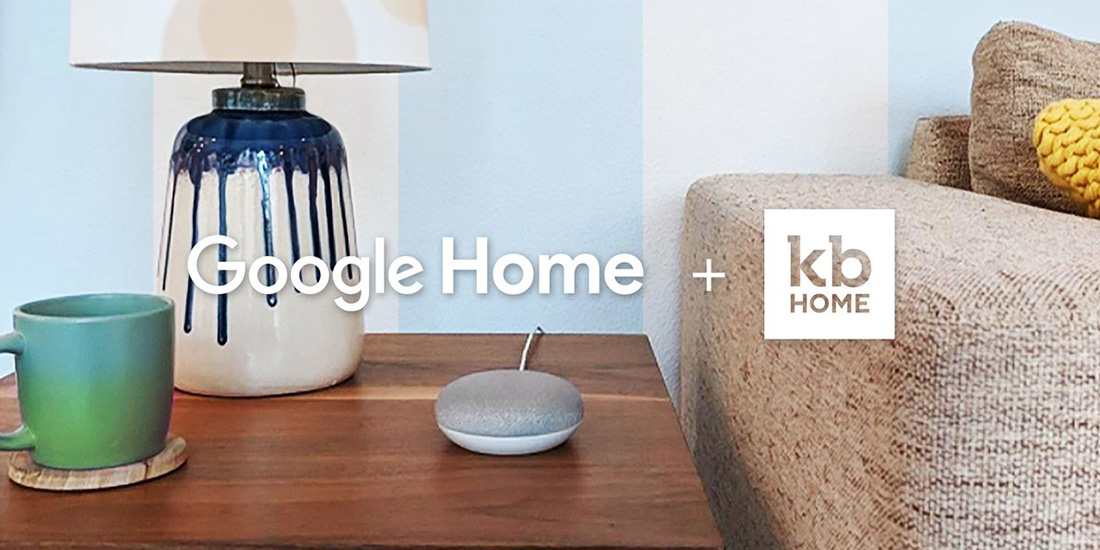 The Internet of Things is rapidly growing in popularity, and Google has played a big part in expanding that. Now, the company is announcing a partnership that will bring connected devices to the home from the moment it is built. Google announced...

Interesting thread. We moved to our Lennar home almost a year ago and we were one of the first in our developement to get the new “Smart Home” package. It includes an Echo Show a Sonos One and Echo Dot. Also, the Ring Doorbell is the Elite version (PoE CAT6 hardwired. It does come with the Smartthings hub, Kwikset Kevo hub, and Caseta Lutron hub. They install a Caseta dimmer and lamp switch, and one Leviton Zwave switch (seems to me as a sample; most people buy more of them afterwards)
Most interestingly, they build the whole house “WiFi-friendly” and have a radio map for the best location for the Ruckus wiFi access points (WAPs). The WAPs are hardwired to the ceiling and are PoE CAT6, they install 1 WAP per floor! crazy. The wifi is very strong ~35-55db all over the house.
Other things also connected are the front door lock, garage door openers (MyQ, no hub needed), irrigation panel (rainbird), 2 thermostats (Lyric), refrigerator (GE). They also put a commercial grade ruckus POE switcher in the panel.
For the most part we are happy with the setup, which opened my eyes to the possibilities of a truly smart home. The Caseta dimmers and switches are the best part of the “smart home”; they just work.

I’m looking into one of these “Lennar smart homes” in Fremont. I heard they provide Rukus AP’s and a Rukus switch. How are those managed? Does Rukus have some sort of interface or controller?

I might use their Rukus AP’s until Ubiquiti launches Wifi 6 APs. And if the switch works well…I might as well use the provided switch with my Ubiquiti USG Pro.

Still not sure which Home Automation Hub I will use, ST or Habitat. And I might swap the door lock with August. Had bad experience with Kevo.

The Ruckus AP can be managed from the Ruckus Unleashed App on your phone/tablet or from a computer. Easy to manage. They work pretty well, so far no problems. I’m also waiting for Wifi 6 either from Ubiquiti or Ruckus, that will be a game changer sp if you have several wifi-connected devices. The Ruckus POE switch also powers the Ring Elite doorbell so you don’t need the Ring injector. Also, my Ruckus switch is plugged to a Ubiquiti EdgeRouter which is a little working beast. As a lock Kevos are not the best and the Bluetooth connectivity sucks. I switched to a Schlage Connect and just use it as a standalone keypad lock, its great when its z-wave radio works but reconnecting sucks. Ultimately decided to keep it disconnected from my ST, out of safety concerns. The keypad works great, unlike other locks it is key-bump resistant and battery life is excellent.