LED on switch showing the opposite of what is set

I have 30+ switches in my home but there is 1 that doesn’t correctly show the LED light to what I have set. Not a big deal because I just switch the options but curious if anyone knows why? 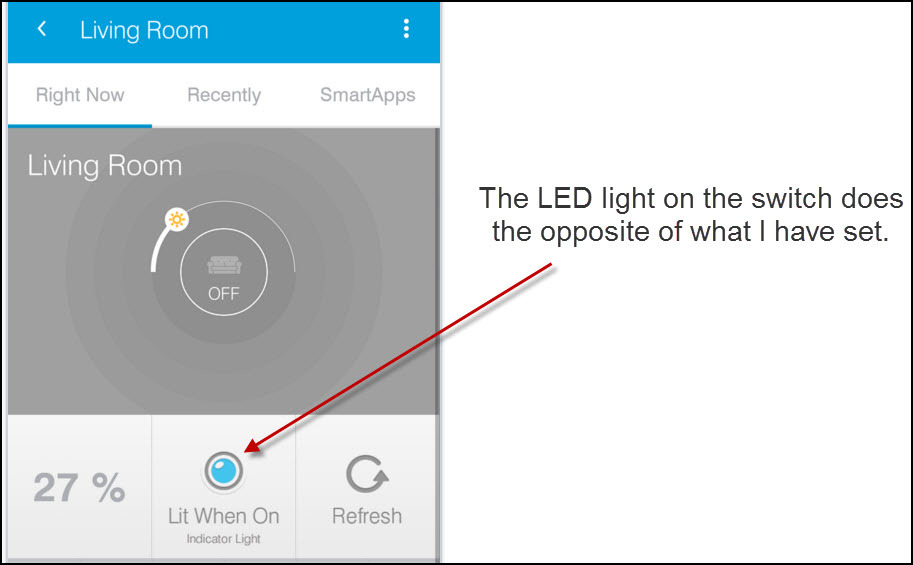 Is that switch by a different manufacturer than your other switches?

The switch manufacturer probably just got the parameter for the indicator light mixed up from the standard spec. I know Linear brand zwave switches had this parameter functionality the opposite of what is shown like you’re seeing. I think Linear became GoControl in case that’s the brand on this switch.

They are actually all Linear switches and I do have the same ones. But now that you say this, the one in question is my oldest switch from Linear. Maybe I have one from an old batch when they were mixed up?

That’s probably it. I could check my newest Linear dimmer when I get home, but the first two I bought definitely have it reversed.

SmartThings didn’t code the device type properly for the linear devices. Take a look at my post history for an explanation and a smart app that enables you to disable the LED always (which is not possible by default with the linear switches)

My linear switches are backward. I just roll with it

Thank you all for the feedback