I have one GE 12724 that has several LED bulbs in the fixtures. I installed the dimmer myself (I’ve done about 20 of the various GE switches and dimmers now). I’ve tried darn near every type of LED bulb I can find and no matter which I use there is a fairly loud buzz coming from the bulbs. With six bulbs in the fixtures, it’s REALLY LOUD.

Any ideas? Is there a chance I wired something incorrectly? Any bulbs that have been silent with the 12724? Is this just something you have to live with?

I have several 12724 and no buzz at all. I followed the video below to wire it:

These are the LEDs I use: 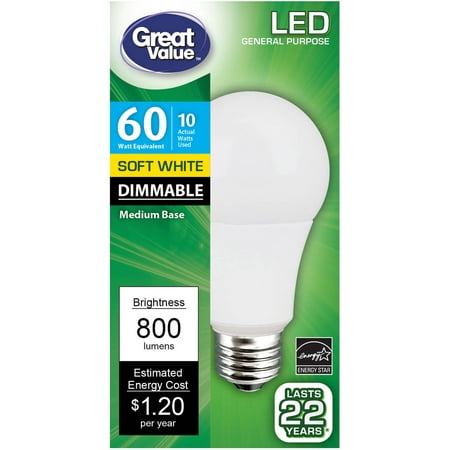 Even though they are from Walmart, they have great reviews:

After 20 hours researching dozens of LED light bulbs, we think the Cree 60W Equivalent Soft White A19 Dimmable LED is the best option for most people.