Well you could use a SmartThings multi, spend less and do the same thing w/o having to write a devicetype, though both would require a special smartapp to handle the knock logic.

This is one where I would definitely wait until it was in regular release with normal consumer protections. The odds of this working as promised are very small. I’m not saying it’s impossible, but I would’ve liked to see a lot more about this patent pending technology before I considered it a credible product.

My basic rule applies: no device is real until you can order it for two day delivery from Amazon under normal consumer protection laws. Up until then, it’s all marketing.

The following topic about the doorknocker smartapp discusses many of the issues with accelerometer vibration sensing.

I tired to set up the Door Knock app last night and did not seem to do anything. I have it set to my front door which has a SmartSense Multi So it states... When someone knocks Where? Front Door But not when they open this door? Where? Front Door Knock delay. I left blank for the default to 5s and to send me a push notification. But nothing happen when I tested it. Not even in the activity feed. Am I missing something? Nick

I use the SmartThings Multi sensors on my doors to notify me of knocks. While they do a decent job of that, they also occasionally notify me of:

Light knocks that are intended to not disturb a sleeper are not always picked up, either. I don’t think I’d preorder something that is supposed to do this.

Trucks driving by my house set my front door multi off, so does wind buffeting. The timings on the platform on not granular enough at this point to do any meaningful knock recognition. For example trying to detect a simple 3-5 knock pattern. I tried coding this up but could never get it work even 25% of the time.

Reminds me of a product in the US several years ago where you could clap to turn on/off stuff.

Yeah, the “clappers”. And why “Knocki”? They should’ve call these the “knockers”.

though both would require a special smartapp to handle the knock logic.

There is exactly such a SmartApp by @Chuck_Norris, called Light on on Knock (Acceleration),

First SmartApp. Writing this so my light comes on when there's a knock on my door. Based on Smart Nightlight Stops after set time. /** * Accelerometer Light * * Author: Chuck Norris * */ definition( name: "XLR8 Light", namespace: "Norris", author: "The Norris", description: "Turns on lights when movement is detected. Turns lights off when it becomes light or some time after motion ceases.", category: "Convenience", iconUrl: "https://s3.amazonaws.com/smartapp-icons/Meta/light_motion-outlet-luminance.png", iconX2Url: "https://s3.amazonaws.com/smartapp-icons/Meta/light_motion-outlet-luminance@2x.png" ) preferences { section("Control these lights..."){ input "lights", "capability.switch", multiple: true } section("Turning on when ther…

Thenonly thing i can see this fixing is " knock patterns " ehich multi sensors etc struggle with at the moment . . . Other than that . . . Not a right lot

That might make some sense… otherwise an AEON mini-mote is cheaper and easier to use in my opinion.

But yeah… might make sense for very young kids.

Kickstarter is now live for it. 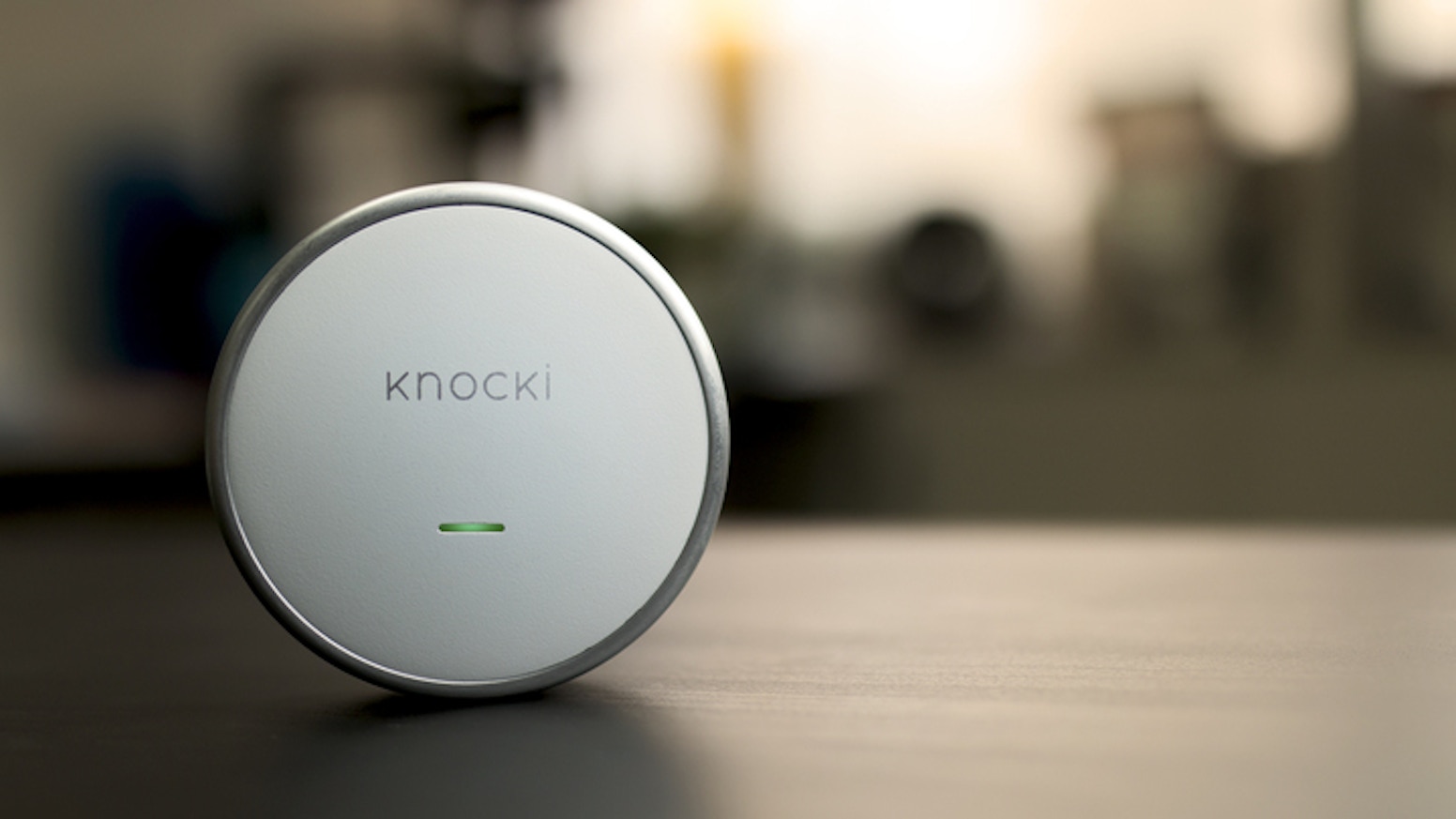 Knocki is a smart device that gives you control of your favorite functions through the surfaces around you.

Not sure what I think about it. Even at $60 seems high.

Kickstarter is doing very well, too. Over 250K so far!

I think the Knocki is a nice idea and it could be useful in certain occasions. But at the current price and MSRP in the future, in my opinion, it is way too expensive. For $90 you can get an Amazon Echo Dot which can do a lot more than the Knocki (currently at $60 plus shipping). Then, according to them, MSRP would be at $125??? For me, this is comparable to a z-wave switch and it should be price a little bit above that price. MSRP should be around $60-$65 tops.

I was thinking about it, I would probably just get minimotes ($20) with 8 button (short,long presses) I can get 4 or 5 or 6 for the price of one Knocki. Or get 2-3 Fire Tablets and run smarttiles on it.

Interesting idea, but I find it somewhat limiting, especially for the price.

Agree with most about the price point, way to high for functionality.
I do have some interesting use cases, as a smart house consultant who serves a large demographic of elderly population (including normal aging process and various disabilities), I definately see uses with some VERY simple integrations -

Choice is good, and different people have different physicality. Something like the knocki might be useful for some people for some situations. And again, as has already been discussed in this thread, there are already devices now that can do this, including a knock notification smartapp in SmartThings. But I don’t think it would be quite as widely useful as you might imagine to begin with. If so, people would be using one now. As I said, the technology exists.

I myself am quadriparetic. I went through the walker stage–A device like knocki would not have been usable unless I was already sitting down, in which case the Walker is not really relevant.

Knocki is going to cost more than a Dot for a device that not only does much less, but which also is subject to many false events. This was the same problem that the old clapper had. And if you want to have two or three patterns (one for on, one for off.) then the person has to remember those patterns as well.

For someone with significant cognitive issues, I think just a Flic button, at about 25% cost of the Knocki, would make much more sense. You can stick it anywhere, it’s brightly colored to attract attention, and if you have any arm control it’s very easy to use even just with part of the arm. And no false events.

As someone who has learned to use many alternative control mechanisms, I just think there are existing options which solve the same problem more reliably and at less cost.

But again, choice is good. There’s no harm in someone trying the Knocki once it’s actually released to the market, and if it’s useful, great. But I would buy it from someplace with a good return policy.

BTW, The following thread lists the buttons and remotes which are currently available that work with SmartThings. Quite a few choices there, many suitable for a nightstand.

Has anyone tried Knocki? Sounds cool but have seen any actual review.

We’re halfway through 2018 now and the Knocki still has no shipping date for backers. Consider yourself lucky if you didn’t back this piece of sh1t.

Got mine today. No idea how well it works yet. Got it for the novelty idea of doing stuff without much noise. We’ll see. First thing I don’t like is that it seems to work with IFTT only but haven’t dug in yet.

It’s a piece of poo… Not worth it at all and I’m stuck with 5 of them!