I’ve done this install with a Jasco dimmer switch and add-on dumb switch a handful of times before. However, I’m struggling with the one I’m working on. I’ve tested the wires and found the LINE wire where I assume the active switch goes: 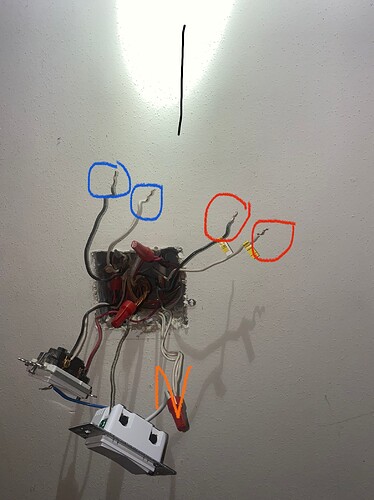 The red circles are hot and both of those wires come from the same romex. In the old switch, both white wires were twisted together and went to the traveler screen. I assume the black hot black wire is the LINE to the breaker box. So what is the hot white wire and why was it twisted up with the other white wire? I assume the cold black and white wires go to the other switch or the fixture? 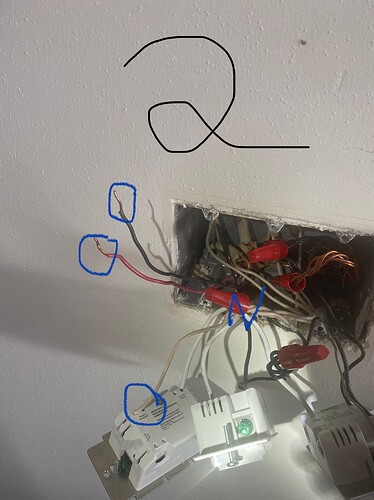 In the box behind the fixture, there are just black and white wires.

Any help here would be greatly appreciated. I spent too much time yesterday banging my head against the wall! Thanks in advance!

If tried wiring according to both of the diagrams below taken from this forum: 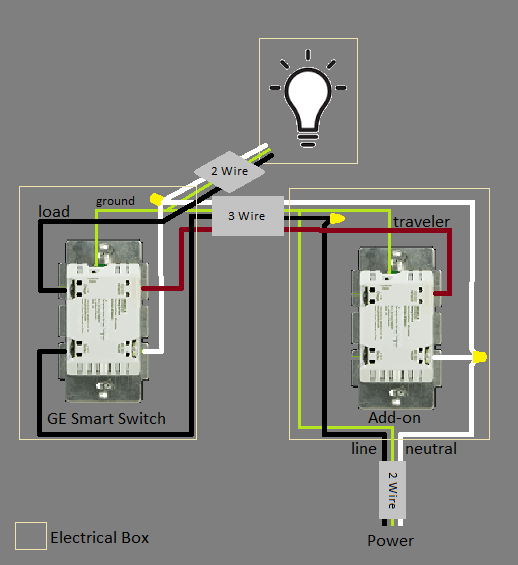 Question. Does each circuit have its own set of neutrals? In one of the boxes, there are switches on another circuit and I’m using the same set of neutrals from those. This is OK?

You should NOT share neutrals between circuits.
Neutrals do not have overload protection so you could potentially overload a neutral when you share them with other circuits.
And under the right conditions you could get s backflow of current when you are working on a circuit you think is dead.