Is there an inexpensive remote control for Echo

What would the remote be controlling? Do you need to control the Dot itself from another room when it can’t hear you directly?

Or do you mean the equivalent of a remote that the dot could control to then activate other devices like a TV?

I am not aware of any 3rd party device for this…

Yes I realize that is the one from Amazon, I was looking for a third party one.

Yes I realize that is the one from Amazon, I was looking for a third party one.

There’s no third-party hardware device that I’m aware of, but you can use the Roger app (which is free) on any android or iOS device. So you can use it on your existing phone or you can buy a cheap android phone for it.

Android/iOS: The Amazon Echo is a cool little device that can do a lot of things just with voice commands. However, it becomes useless if you leave the room. Walkie-talkie app Roger can help with that.

Now that I look at it closer, it may be that Roger only let you access the voice service, not the specific device, so it might not meet your needs. Sorry for any confusion. My bad.

Another one you can use is: 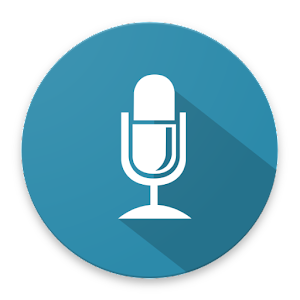 This app allows you to access and interact with Amazon’s Alexa Voice Service (AVS). By pressing the button and speaking a command, you can talk to Alexa and receive back a response. This app is best suited for developers to test push-to-talk interaction with AVS to get a better sense of how this service can run on their own hardware.To start the dialog, press the blue button with Mic icon and start speaking into the app. You can press the button again when finished speaking or wait a moment and ...

You might want to consider the Roger app as well which can communicate with your Echo’s.

Yep, can’t find either for IOS. The Rodger app on IOS is a group Walkie Talkie. OK this is the app, I will try it out now. Thanks all.

I would think your voice is the most inexpensive remote for the Echo’s no?

Yep, can’t find either for IOS. The Rodger app on IOS is a group Walkie Talkie. OK this is the app, I will try it out now. Thanks all.

It’s a group walkie-talkie, but if you follow the link that I gave you you can also talk to the Alexa voice service as one of your contacts. I just don’t know if you can specify the exact Dot or not.

Choose “bots” inside the Roger app and you can add Alexa as a contact. But I don’t think it’s specific to one of your dots, I think you’re just talking to the voice service

Thanks that does the job. But I think I might invest in the regular remote or the Logitech one.

Logitech one? You don’t mean the Harmony I assume? What are you trying to control? The Alexa app works as a great remote for audio control and volume control.

Just want a way to turn lights adjust temp from a room with no Echo installed.

Just want a way to turn lights adjust temp from a room with no Echo installed.

For that, Roger or similar app should be the easiest.

Any old phone or tablet running the Alexa app.

I do have an amazon remote that came with my original echo, I’ve used it as you intend but the room was just far enough away to go in and out of BT range, so it worked pretty well but not consistently. Roger, being wifi to the AWS cloud would work regardless. It isn’t as simple of course so I understand now why you’d want the remote.

I’ve found this app. to be handy as an alternative way to control my dot.
https://reverb.ai

I’ve found this app. to be handy as an alternative way to control my dot.
https://reverb.ai

Doesn’t work for me on Android, but perhaps that’s because I’m in the UK and this is US only ?

All I get is ‘Something went wrong. Please try again’

I downloaded the app and it works with one problem! It is using PST as time zone not EST for me. I tried the web interface and that works on my iPhone. Thanks for the heads up.