Compared to this time last year SmartThings is a world better than what it was. The meltdowns are less frequent and when things do go south they are addressed in a day or two instead of the months of agony we use to suffer. It still isn’t fully trustworthy for a security system but its at least headed in the right direction. 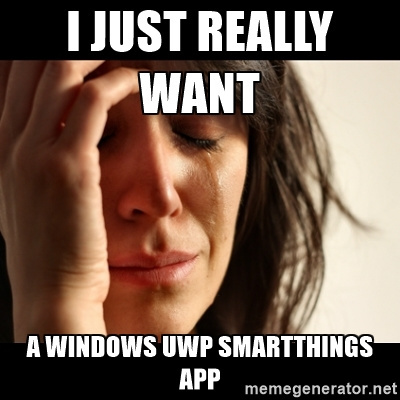 Hmm, there is a marketing team? In my opinion, the development of smart things is dead and they are just trying to keep it on life support. Stability is their only priority as it seems via the only rhetoric to come out of the extremely quiet developer advocates.

I keep hope alive but the silence says way more.

Really Patrick? You’ve been one of the most vocal and critical about ST BUT, you’ve always been fair and truthful about it so I listen and respect what you say…

But now you’re joining in with some of the ridiculous things people say on this community? Come on now. Yes things have gone quiet but then you know full well that the people that are the most chatty have also been concentrating very heavily on improving and god knows last time they announced a new product integration while ST was having issues the community threw a hissy fit about it, so I don’t blame them for keeping quieter at this time.

Along with @gausnes you know @Tyler is pretty vocal here/slack and as @beckwith has said, everyone seems to have glossed over the fact that they have had two recent new integration developments. Personally as much as Tyler knows I am itching for Ring integration, I would happily wait on that for more stability, consistency and speed on what we already have and at the end of the day, maybe this is the new direction under Robert Palmer.

IFA came and went and not a peep about ST

Hey there is a sliver lining there. It was not an event centered around Artik, which I thought it might be the case, when I heard from Alex that ST will not be present.

Oh GAWD NO not Marketing!!!

Seriously, the last thing I want to see are Marketing **pre-**announcements. Not that I have anything against marketers… but they often, while well meaning, will make promises that product development, engineering, and operations can’t keep.

All I want to hear are:

Great feedback… but if we knew that… then this post wouldn’t exist. If the marketing team could update us at least that would be great…

I got a message today from SmartThings marketing about how great the SmartThings/Phillips hue integration is. 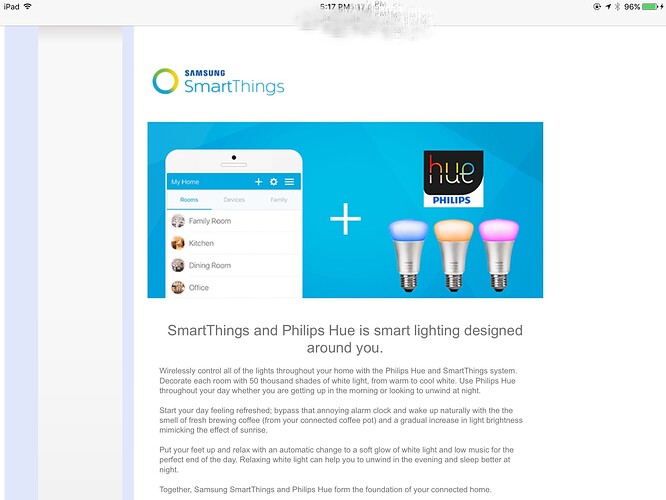 At the same time that there is a known problem with the SmartThings/Phillips hue integration. There is a possible fix in beta for that problem, but it is not an open beta and the fix has not yet been released.

I’m hoping that someone can help me here. I tried my luck with tech support but they say it’s basically broken and not working. They are trying to work with Hue to resolve the issue. I am beyond speechless at this and my ST hub is basically a useless brick. I had around 5-7 hue bulbs, and some other smart devices prior to a week ago. I have the latest ST hub and Hue hub. Everything worked well. I was able to use the Hue app on my iphone and ST app as well on my iphone. I setup some automations with ST to turn on lights at certain times a day. Life was good… I decided to step up my Hue game and got 20 more light bulbs to so some more automation. I spent a while getting these all setup with my Hue hub & app. The Hue setup was great and worked fine. All my new bulbs worked as expected. I a…

My Smartttings hub went off line last Wednesday - the reason for the crashing is still not known but their is a conflict with my Hue hub and the fact that I have 50 hue bulbs - turn off the hue and smartthings works, turn hue hub on and about 12 mins later it freezes and goes off line - Support are aware of the conflict and are working on a solution wanted to see if I was the only one -

So, yeah, I vote for leaving marketing out of it.

Let’s not group my factual statements into the absurd. The silence, once again, is deafening.

Yet I still want this platform to work and be better. I am done holding my breath. Show me, until then I will call it like I see it.

The silence, once again, is deafening.

The silence is so much better than the hundreds of impatient screaming posts last year demanding the release of Hub V2.

As I said in earlier post… I rather see positive surprises than hear promises that aren’t kept (migration tool, anyone?, Bluetooth?, …?).

The most delightful thing I can think of is If Hub V3 (yes, V3) appears on shelves with absolutely zero advance marketing or notice…

Don’t really keep up to date with the marketing side of things but from the engineering perspective our team is the largest its ever been. We’re also still looking for more engineers: https://www.smartthings.com/careers/list . Robert Parker (Director of Engineering for Amazon Echo) also recently joined the team as the SVP of Engineering. He is focused on regaining consumer trust and growing the platform to make it household name. I can’t speak for everyone at ST but from my perspective engineering is booming and we’re doing some pretty awesome stuff.

There are several reasons why I decided to go with smart things after extensive research on wink, homeseer, vera, and some other platforms.

This forum was the thing that made me go with smartthings, despite a lot of frustrated users over performance issues. People on Reddit saying “don’t use smartthings, it’s unreliable and cloud based” pretty much every time it was mentioned. I liked that it is open enough that someone like me can tinker with it and write my own smart apps and device handlers. I like that it supports Zigbee AND z-Wave. I like that it is backed by a large company, yet they use a publicly view-able github for almost all (if not all) of their apps and device handlers. Most of all, I like the active community of people on this forum. I asked a simple question about bathroom vents and got 58 replies on the thread.

Smartthings is not perfect, but I do think it is getting better and better, and development certainly isn’t dead. Keep an eye out on the announcements thread here in the forum. You will find development is far from dead.

To the SmarThings staff, understand that when glitches do happen people will get frustrated, and vent here on the forums. But know that we appreciate all the communication. Keep it up!

It was not an event centered around Artik, which I thought it might be the case, when I heard from Alex that ST will not be present.

IoT was all the rage for the past couple of years (since Google bought Nest actually), but now it’s fading away. We can see it across the board, not just at Samsung. Development still continues to be sure, but the shine has worn off. You can’t sell the same story two years in a row if there’s no visible progress.

What would make things seem a little bit easier would be to collate everything into a single place.

Just in this one post I’ve found 3 separate places SmartThings are posting:

Why cant you put all that information on the forums just with tags for the reliant people. Maybe [DEV] Post Title or [News] Post Title

I’ve been with SmartThings since day 1 of UK release and i didnt know about some of these places.

And speaking of the forums - this latest update is HORRIBLE! Its made everything vanish (new posts I mean) so you have to go digging for everything! I think there’s a reason why i’ve never seen this type of forum software before.

The title incites argument. I can tell you that if you ask my wallet, ST development is far far far from dead…

Just in this one post I’ve found 3 separate places SmartThings are posting:

This is the result of us constantly whining on this forum. If you remember this community pre-v2 madness, this was the place where news would hit first. New integrations, new developments, new updates, new contests, new ideas, all were shared here first, before they were published on the blog and then there wasn’t a Slack channel, a Developer Blog. They are trying to avoid the negativity. And I don’t blame them.

I know that stability isn’t shiny, cool, or new.

Oh yes it is. Especially the new part.

I got a message today from SmartThings marketing about how great the SmartThings/Phillips hue integration is.

Ha ha… this actually angered me. More marketing BS for an integration that has been in ‘Labs’ for years, with no ‘official’ (or local) support.

Don’t forget, the last “Weekly” update from @alex was on July 23. I see where Patrick is coming from. I still see some weirdness in my system, 3 missed scheduled events in the past 3 weeks, that’s equal to what I missed in the past 3 months, better??? And @ady624 is coding around the issue

from the engineering perspective our team is the largest its ever been.

The size has grown, but the velocity has dropped, which means that the majority of resources are tied with maintenance. Practically no new features were introduced since V2 release. No Bluetooth, no USB, no migration tool, no backup. The mobile app is as pathetic as it’s ever been.

s coding around the issue

What’s wrong with that? If he can do it, it’s only because of ST’s flexibility. Try doing that on Wink, Iris, etc…I know we all want perfection, but lets not forget that nothing is good enough for perfectionists, or else we would still be flipping light switches manually, because they are trully the most reliable. 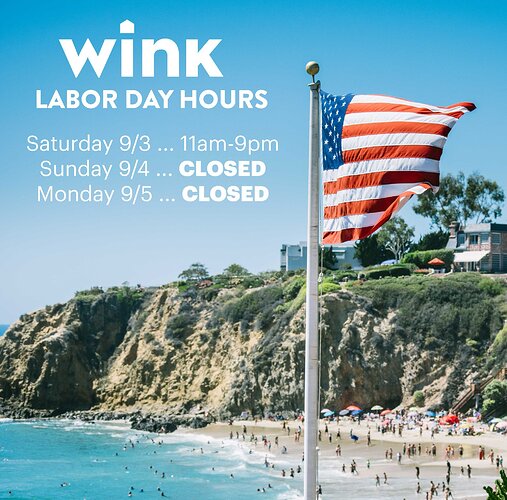