Okay, bought me 2 Innr Smartplugs to act as a repeater.
Plugged them in.
Unplugged the hub for well over 15min.
Plugged it back in and waited.
Everything came back online…

However none of them use the smartplug as a repeater but a further away Gledopto LED dimmer it did use? Why are my smartplugs not being used???

First, how are you determining that they are not being used? What smartthings shows us in the IDE is just a single snapshot of one route that was recorded to the cloud. It’s not real time, and it’s not necessarily the most common route.

Second, there are a lot of different factors that go into routing, including what’s busy at that moment. And signal strength, which is different than physical closeness. A person walking through the room can affect the ability of signal to get through and cause the device to select a different route. So usually, unless you are actually having quality of service issues, it’s best to just let the devices do their own routing and not worry about it.

Third, when you took the hub off power, did you have all of the other devices on power? They don’t have to look on in the app, they just have to have power to hear the next network command. That way, when they can’t find a hub, they will go into “panic mode”and when the hub comes back online, they will rebuild the network. This isn’t an instantaneous process, it can take a few hours. It’s not uncommon for field techs to wait until the next day to check the routing even if they have tools that show them real time results.

One more point… I don’t typically recommend INNR plugs as Zigbee repeaters for the US because they are built to European specifications and don’t have “boosted Zigbee.” ( The EU sets the maximum transmission power lower than the US allows.) For this reason, they are less likely to be selected as repeaters than other devices with a stronger signal.

It’s not usually a problem, as they will be used if no other repeaters are available, and they don’t cause any network problems, they just won’t typically be the first candidate the other devices will select.

I personally like the IKEA Tradfri smart plugs if I am just looking for a repeater, but there have been reports by some community members that if you have Ikea shortcut buttons and they use the IKEA Tradfri plugs as repeaters, they can have battery life problems with the buttons. This doesn’t affect everybody, but it is just something to be aware of. This issue doesn’t seem to come up with non-IKEA devices so that’s another factor.

Oh, and the following article from the company confirms that the smart plug is a repeater. 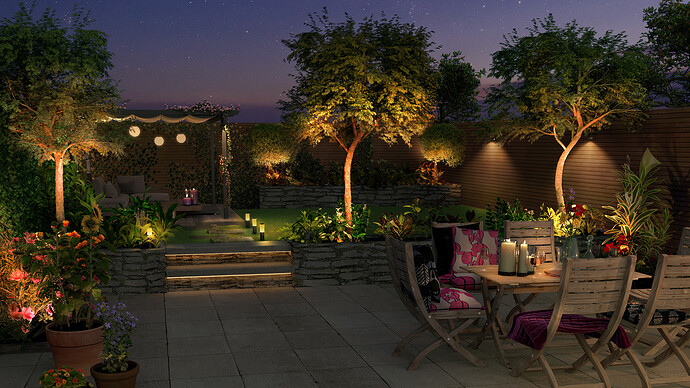 Enhance the range for your Innr Outdoor Lighting - Innr Lighting

Tips to enhance the range for your Innr Outdoor Lighting. Use the mesh network of the Innr Zigbee smart lights to make your garden smart!

Note that they list the maximum separation distance between their devices as 30 m through clear air outdoors. That’s significantly less than most US manufacturers will recommend, and is always a clue that they are probably using the European standard.

Ah there is the community guru again

Oke, why I thought it should be different:

To your first: This sensor is in my garage furthest away. There is a Innr smart outlet in between. There are only 2 sensors in that area that are further away from my hub so it “has to be” that the outlet is the strongest point to connect. Yet neither connect to the Innr outlet. 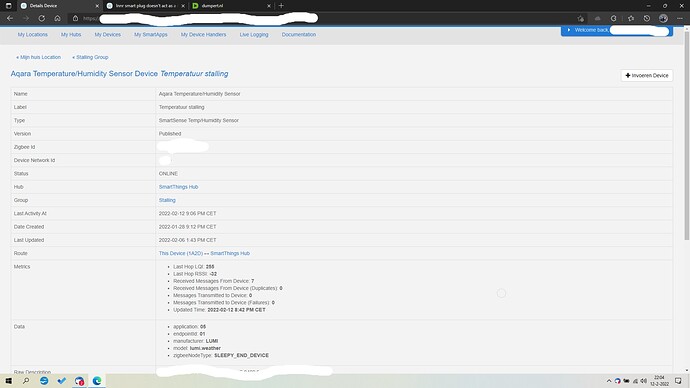 To your second:
Okay a lot of different factors to count in. But how do you explain that 2 (possible) repeaters in a straight line are there but the motion sensors between those 2 still take the one further away?

Third:
Only took the power of the hub, alle sensors and all never changed. I will wait to see if something changes tomorrow.

Next post:
Netherlands here (EU) so I’m guessing that won’t be an issue as everything is equal here?

I don’t like the big outlets, the Innr’s are nice and small, Ikea is almost twice the size.

And good to read, I asked the seller and they said so but I couldn’t find this anywhere else.

I will see tomorrow if anything changes!

Since you’re in the EU, you can forget everything I said about transmission power, all your devices, including the gledopto, will have the same max limit. So that’s not it.

As far as why a device picks the repeater than it does, it’s taking a lot of factors into account that we can’t see. Again, I just don’t worry about it unless I’m having signal problems.

What Zigbee plugs do you recommend?