Hello all, wanted to pick people’s brains about a particular scenario that thus far I have been overthinking

When my dad leaves the house (which would be to drive) I want to make sure he doesn’t forget his cell phone. seems easy enough….

the closest hardware solution is a MYNT tag on his car keys keychain that beeps when separated from the phone - however I find it relatively unreliable and depending on it being in a pocket in a running car not something one would hear anyway. I’m hardly the first person to complain that the otherwise lovely tile bluetooth tags do not seem to have this sort of capability.

even dipped my toe for the first time into the world of bluetooth beacons, with the very interesting beaconthings app

and one of these: https://www.amazon.com/gp/product/B00JJ4P864/ref=oh_aui_search_detailpage?ie=UTF8&psc=1

anyway, a fresh set of thoughts on how to accomplish this without false positives (say every time leaving home or every time parking the car somewhere) or some hardware device that the ST community has bent to it’s will beyond it’s original purpose

Currently Unavailable but a quick search I did found this. 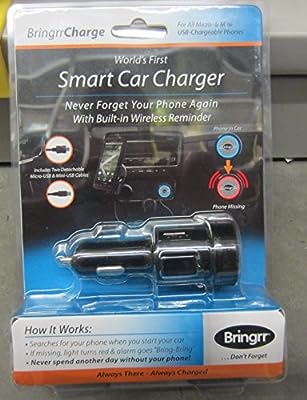 Never Forget Your Phone Again! Tired of frantically digging through your handbag or frisking your pockets to be sure you have your phone before driving off? We are too! Plug Bringrr into your car's po ...

Perhaps it creates some ideas.

Bad reviews for this one but similar. Again perhaps to generate some ideas. 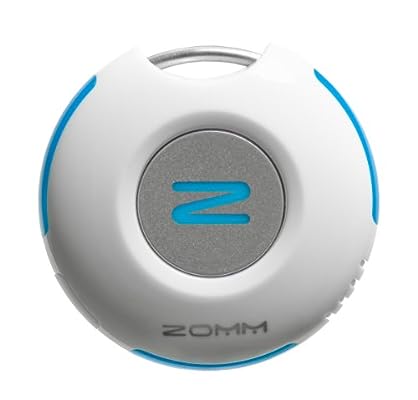 World's First Wireless Leash Never lose your phone again! Connects wirelessly to your mobile phone and will alert you when you separate from your phone - like when leaving your phone behind at a resta ...

Thanks, not the worst idea (but alas most of the time the phone isn’t plugged in in the car)

You’re solution will work but it messy, and you already know that. I wouldn’t want an old phone to be connected to my bluetooth because then I would have to keep that phone updated with any media I want to listen to in the car.

@yvesracine might have an idea using Automatic’s bluetooth OBDII adapter. It is essentially a car monitor, but it has a speaker in it to beep at you and that might be controllable through ST talking to the API. You obviously get the added benefit of the car monitoring services.

Does your dad park his car in a garage? you could try putting a beacon, a motion sensor and a talking speaker in the garage. Then write a rule that if motion is detected in the garage while the beacon is not present, speak an alert “Don’t Forget Your Keys”.

Maybe flash the garage lights too, if you want to get fancy.

The integration with Automatic would be very cool if that is possible.

BeaconThings still has plenty of problems and should be considered a proof of concept more than a solid app at this point. I hope to make time to add to it at some point, but its not there yet.

Are you saying that Tile Mate or TrackR would not meet your needs? They have distance proximity and the TrackR says that the beep can me set to as loud as 92db. That is as loud as a train whistle or jackhammer.

tile mate does not have “reverse” functionality (when phone disconnects from tile) unfortunatly it is otherwise quite reliable, I never tested the TrackR but reviews were always subpar, I HAVE tried the MYNT, it’s gotten better, which isn’t saying much - unreliable at best and many false positives within the house (they added a capability where it doesn’t trigger when on home wifi but I also found this feature hit or miss)

if you are suggesting I attach the car keys to the phone it’s not the worst idea in the world, just cumbersome with the iPhone 6s

no keys, just a retractable tether on his belt attached to his phone.

and you don’t even have to recharge the tether device.