If it’s not currently available in your local IKEA store…

They are not available in the US yet even though the US website listing has gone ‘live’. You can check the stock of all the stores on IKEA’s site - they’re simply not available yet. (Release date is Oct 1st)

To @Automated_House’s point, IKEA uses a standardized communication protocol and command set even if the physical / electrical characteristics of the product vary between regions.

You have responded 6 times but have repeatedly not addressed the original question of looking for personal experience with this product in the US.

He’s provided a bunch of meaningful insights though. Why be dismissive? You are not going to find someone who has personal experience with US versions of a product that hasn’t shipped yet.

@marathoner can I pick a different type of shade & add the zwave power module to.it?

If the product isn’t available in the US then why would anyone respond?

To provide other insights and to let you know that what you’re asking for simply isn’t available yet.

@joshua_lyon That’s fine…just say that instead of providing information that doesn’t address the question. Otherwise, I would expect crickets (no response).

Here’s how it seems to me…I ask a question…then someone that doesn’t know the answer provides an answer to a different question…6 different times even though I repeat the original question.

that it will only be available in black

In Europe it’s one blackout colour option- a mid grey - and It was previously cited this would be the only option in US markets. In Europe they may later launch different colour/pattern options (Kadrilj?) in non blackout varieties.

You can’t adapt other IKEA blinds by adding this mechanism. However I see no reason with a bit of dexterity you couldn’t replace the fabric with another suitable alternative.

I know these have been available in the UK for a while but they are now listed on the IKEA web site in the US. I’ll probably get one soon but curious if an US based users have already tried to install on Smartthings.

They’ve been listed on the US for a while now just “Not Available”.

@marathoner can I pick a different type of shade & add the zwave power module to.it?

It’s not a zwave module. As @Automated_House (who follows product releases closely) mentioned above, it’s a zigbee 3.0 device

The motor is calibrated for the specific weight and length of the shades they ship with. You could try it with something else, I’m sure there will be some people who do that, but there’s no guarantee it will work in the sense of opening and closing to the settings that you want.

The official release date is October 1. Although they are on the US website, you cannot order them yet and they are not yet in any US stores. 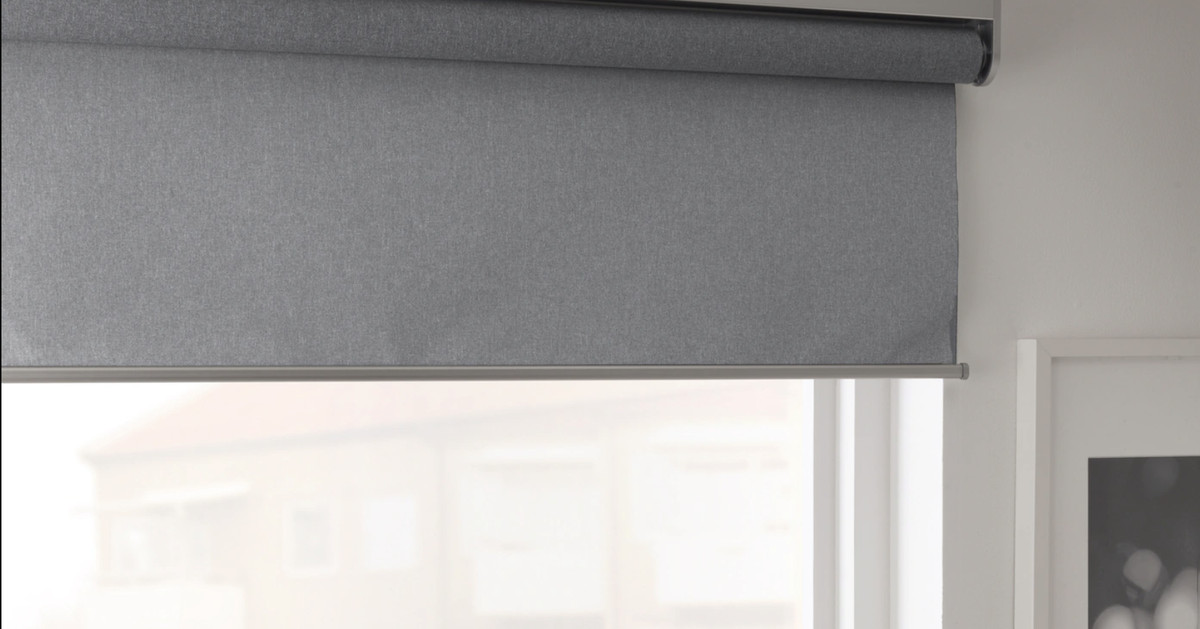 Voice-controlled shades will soon be a reality

You asked why there is a UK section of the forum. That’s because the device selection does vary somewhat from region to region. And of course Zwave is on a different frequency in the two regions. In addition, safety codes vary as well so there can be other differences for that reason.

Ikea does make an effort to keep their devices similar where possible, but it’s not always possible. We won’t know if there are any significant differences to the US version until they start actually selling there.

I’m no expert, but I’m pretty sure that there are electrical difference between US and UK.

These are battery operated (which is the same specs in both countries), and have a single zigbee certification. That said, the US model will have to have FCC certification, and they may be going for UL listing, I’m not sure. Both of those are a US specific process. Cord safety requirements also vary a bit between the US and the UK. My personal expectation, based just on the previous documentation, is that there will be some slight physical differences but the same DTH will work. But we will have to wait and see.

I was hoping they had different color shades. I don’t know if my wife will want that color.

I was hoping they had different color shades. I don’t know if my wife will want that color.

It’s intended as a blackout shade to go behind other window coverings. A lot of people will use it on its own, but it only comes in the one neutral shade. 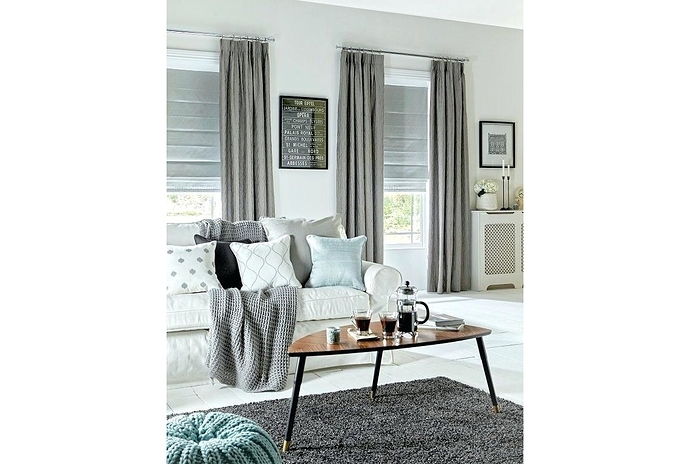 Oh. Does anyone know of these shades have to be mounted inside the windows or can the brackets be placed on the outs

Oh. Does anyone know of these shades have to be mounted inside the windows or can the brackets be placed on the outs

Again, we don’t know exactly what the US model will be until it’s released for sale.

If it’s identical to the European model, this is a roller shade which is mounted above the window and then rolls down to cover it.

The following Reddit post has links to a number of helpful videos on unboxing and installation and even cutting to size. Note, again, though if this is the European model and we can’t yet be sure that the US model will be identical. 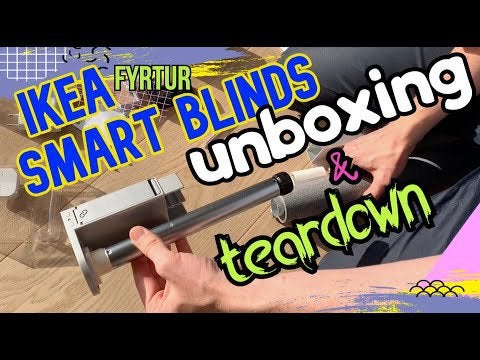 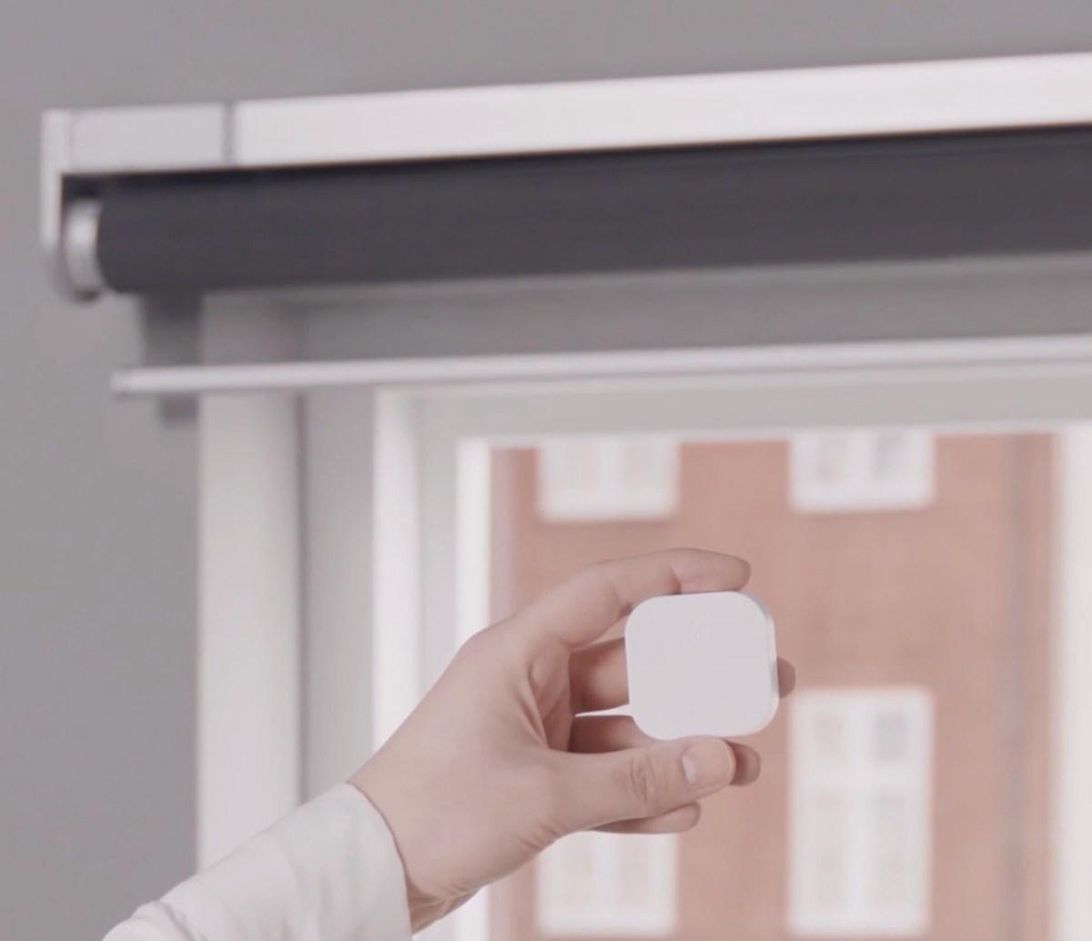 I have installed 2 of the screens in my livingroom, had to cut of a bit to make them fit ( nice video on youtube shows how to),. Had installed dh ahead of installing, but it looks like they use a generic handler as I installed the handler for " Fyrtur" but has the Kadrijl, and it shows up as Kadrijl in the classic app.
Did not use the signal amplifier, it works great without.
Use webcore to automate them to go down at daytime if it goes over a specified temperature. Also set to go up at sunrise and down at sundown.
So far I have no success integrating the switches to ST ( I get them up, but can’t set them up to anyhting useful)

I have installed 2 of the screens in my livingroom

If I recall correctly, you are in Norway, right?

The OP is looking for personal experiences from people who have the new US model working with a US model hub.

Did you get an early release of the US model or are you talking about the European model?

I expect they will be very similar, but we don’t know for sure yet since it is not officially available for sale in the US until October 1.

I live in Norway, and have the European version of ST Hub.
Beside the size of the blinds might be different, Ikea uses ZigBee, which is the same in both Europe and Us.

Just purchased and installed the blinds here in Toronto Canada. Easy install but haven’t tried to connect to my SmartThings system yet. Not sure which device handler to use as I’m aware there might be a number out there.

Just purchased and installed the blinds here in Toronto Canada. Easy install but haven’t tried to connect to my SmartThings system yet. Not sure which device handler to use as I’m aware there might be a number out there.

It was already posted above:

(EDIT please use the built in generic handler with the new app. This was designed for the classic app and is no longer necessary.) It’s been a while since I’ve been on here. Just bought some of these blinds in the UK and found that the zigbee window shades handler not working quite right. So I’ve created a custom handler and icons for my own use but thought I’d share here if anyone else would find it useful. [android] Edit: I had some status updating issues with one set of these blinds which I paired to the network far from the hub. I recommend pairing very close to the hub (few cm away) to avoid these issues. Edit: Battery Level added. Will appear after first refresh.