I need a panic button

Hi, I’m trying to implement a panic button for my set up, but I can’t seem to find ANY kind of single push button devices for sale. The Aeotec One Button Remote looks like what I want, but I can’t find it for sale anywhere. Is it possible to set up any switch to set off a siren? Even if it was in the style of a light switch it would work well for me.

This might work for your needs. It’s 20$ has a small form factor. It has 3 buttons that are programmable 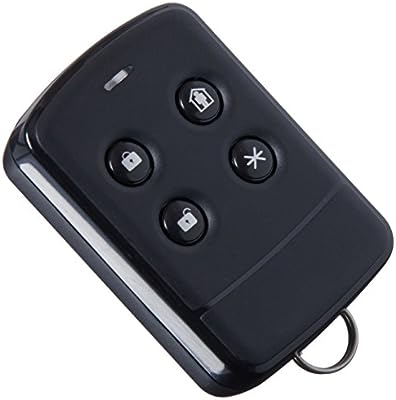 AOtec announced a full revision of their line for 2015 that would use Z wave plus chips instead of the previous generation, and they’ve been releasing the products little by little.

The new panic button is announced, but not yet released. Meanwhile, most online retailers have sold out of their stock of the previous generation.

You might still be able to find one of the older ones somewhere, or if you can wait a couple of months, the new one should certainly be out before the end of the year.

The following topic discusses some of the other alternatives, although most of them are more than one button, like the 4 button Securifi keyfob.

Samsung just last month released a one button zwave panic button, but so far it’s only available in the South Korean version. No idea how long before it’s available for the US frequency. But at least it shows there is increasing demand for this type of device.

It is possible to use the jawbone up fitness band button to trigger any of your smartthings-controlled devices, but I personally would hesitate to use this as a siren control because the integration is a little tricky. Most notably, you must have the up app open in the foreground on your phone before the button press is sent to SmartThings, and even then it’s not always reliable. So while good in theory, I don’t find it works in practice.

So it just depends on exactly what you need, and how quickly you need it. You could use one of the less satisfactory options for a few months, and then get the Aeotec once the new generation is available for purchase.

I implemented a panic button using a virtual switch. Tie a switch to Can someone modify the big switch app to call Hello Home Phrases?

Have both on and off for the switch fire your “panic” hello home phrase, which would do whatever you wanted for panic. Should work. You can also tie a button from a minimote to the phrase (or all buttons if you just want a remote that is just for panic)

BTW, the Big Switch for Hello Home Phrases is now one the new choices in Smart Setup under a new name. No more cut and paste! See #25 and 26 under Convenience:

The following is current as of Sept 9, 2015. This is a list of the officially approved SmartApps that are available for installation through the SmartThings mobile app under the SmartApps tab. In each category, you will find a combination of community contributed & SmartThings developed SmartApps. To install any of these, open the mobile app, select the Marketplace icon ([image]), and select the SmartApps tab. SmartThings Recommends Smart Lights by SmartThings Control and automate Lights and Switches. Safety & Security Notify Me When by SmartThings Receive notifications when anything happens in your home. Enhanced Auto Lock Door by Arnaud Automatically locks a specific door after X minutes when closed and unlocks it when open after X seconds. Severe Weather Alert by SmartThing…