Hi, @KittKat5!
Was your device using the stock DTH “Zigbee button”?
If you made a copy of it and saved it in your IDE to use it, that makes it a custom DTH.

Yes it is using the stock DHL, I also just noticed I have a zigbee light that’s listed as Zigbee dimmer that didn’t switch but I’m replacing it with a hues bulb soon. I can just reset the button and then add it back in.

I came home from work today and a whole bunch of stuff stopped working, and I noticed that 26 of my 30 motion sensors have been converted to Edge and now they are seen as contact sensors NOT motion sensors!

This is a serious bug and needs fixed ASAP please!

Where’s the bug report on Centercode for this beta?

Hey John. I’m here and listening. Other than device icons being incorrect, what other symptoms are you seeing? If you have additional screen shots or information your willing to share, I’d value it.

We did do a migration today for the following DTHs:

Thank you for your continued feedback, patience, and perspective.

You can search my hub for anything “motion sensor” in the name and see what I mean:

I am seeing the same thing. They report status of open or closed which does not trigger automations

So I did find a workaround a few minutes ago.

I’m already subscribed to ST’s Edge channel (beta) to use the illuminance sensor, so I went back to that channel and enrolled their Zigbee Motion Sensor and then changed a couple to use that new driver. That seemed to have worked, so I’m changing one sensor at a time, but so far so good.

How I did this was to:

I also noticed when looking at what was already installed, what ST installed yesterday is now also Installed (except they missed Zigbee Motion Sensor).

I believe so - the hub firmware beta. I saw a post from someone saying that.

That would have been very helpful. All I knew from a separate message was that “more is coming”, but not any specifics.

I will provide your feedback on notice to the team and confirm with you after I have done so.

Yes, this migration of devices are currently only happening with our Hub Beta population audience.

Thank you for your engagement.

Thank you for your screen shot. I am looking into the root cause right now, and am wondering if you can provide me with your log-in that you use for SmartThings?

Also, sorry for all these posts. If ST’s Centercode site was still available for this “beta” I would post there, but I don’t have this anymore in my list of ST betas.

This device was migrated yesterday by ST and then fixed by me this morning. Note that the app is using an Edge driver but the IDE still thinks it’s a DTH. All converted motion sensors from yesterday are doing this, but not contact sensors, switches, bulbs, and I think a few others.

IDE : just some of the motion sensors not showing correct: 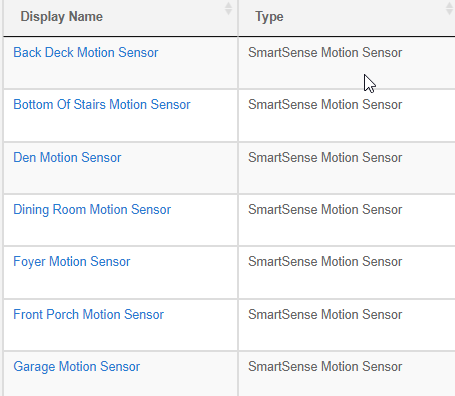 IDE : example of everything else using placeholder that was converted: 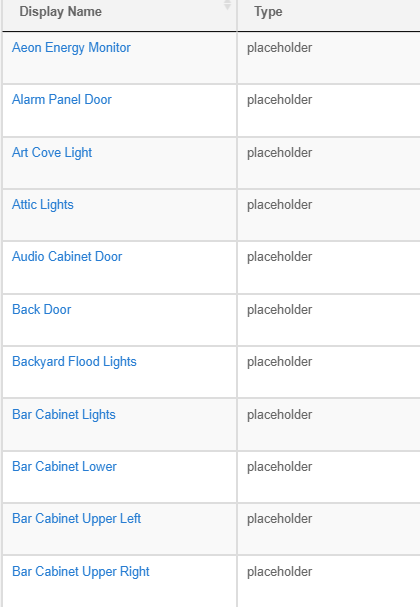 I just sent you a PM with my login email and Hub ID. Let me know if you need any other information.

what do you think is happing with the Placeholder designation? I have a ton of those in my IDE as well.

On July 21, 2022, as part of the ongoing migration to edge drivers, we migrated devices using one of a number of Device Handlers (DTHs) including the SmartSense Motion Sensor. As reported on this thread, we learned that multiple devices using this DTH were migrated to the incorrect driver. We recognize and apologize for the inconvenience this has caused. We do a lot of internal testing prior to performing these migrations in an effort to minimize disruptions to you, our beta testers. In this case we found a new problem, and are now able to fix it so that more users are not affected in the future. We are thankful for your participation as it is deeply important to us to help ensure that more users are not affected in the future. Your communication is always valued and important to us.

Please see more information below regarding the reported incident:

User Experience: Some (not all) Zigbee motion sensors using the SmartSense Motion Sensor DTH were incorrectly migrated to the Zigbee Contact sensor driver. As a result, these devices do not show motion status in the app and do not work with SmartApps or automations that use the motion sensor capability. In addition, these devices were automatically removed from any Routines that were triggering on motion.

Root Cause: Identified, due to a caching issue with the migration to edge drivers
Work around available Now: Driver Switching

Fixed Planned : SmartThings will be working on a script to migrate affected devices to the correct driver, an ETA for this is planned for next week to give us adequate time to verify the fix. Note that unfortunately we will not be able to rebuild the automations that were associated with these devices. If you had an automation associated with an affected device, you will need to rebuild the automation after we move your device to the right driver.

Once again, thank you for your involvement. We are listening and taking action.

Thanks for getting back with us @alissa.dornbos , it’s much appreciated.

Thank you. Got it fixed!