Did the trick for me as well. Phew.

Hey all, we’re taking a look at the issues now and are going to run the numbers to see the impact for the beta group. Right now we see these hubs still talking to our update server and we are likely to issue a rollback today which we believe will get people to green LEDs again.

For anyone impacted, we would ideally like to have the hub receive the rollback as this will put the hub through a graceful shutdown and allow us to potentially get logs from the previous boot so that we can diagnose what went wrong with the firmware update for the subset of hubs that were affected. @bmmiller @pchiccino @Duane1 @PeteyNice FYI.

We expect that to likely be done in the next several hours and will update this thread upon completion or other change to that tentative plan.

Sounds good, I will refrain from doing the soft reset so you can have at it.

worked for me as well, huge thank you for this.

As an update, we are going to move the full beta population back to the 0.43 production release based on the problems seen by a subset in moving to the new 0.44 release until we can prepare a fix for the issue that we discovered following the deployment. I’ll get @cbaumler to update the header on this page to clarify.

We’re still digging through things a bit but the problem seems to be isolated to a subset of hubs which have smart lighting automations with specific characteristics (we think particularly size) that is causing a problem with one of the underlying serialization/deserialization libraries that was updated during the release cycle. No action should be required to deal with this, we’re going to address the problem in that dependency as required – we may reach out to a few specific users to get additional information to confirm the root cause analysis and get a consistent reproduction.

Thank you all for your patience and feedback on the problem. We expect the update to roll back to 0.43 to be out within the next ~1-2 hours.

Thanks for this note, could this be the issue that even though my hub is online, none of my smart lighting automation are working? seems like it might be but wanted to verify.

I do see it rolled back but also it looks like a lot of my devices now list Placeholder as the type which looks like its the issue because they are motions that trigger events and since they are not showing placeholder they don’t show as motion sensor.

a lot of my devices now list Placeholder as the type

Placeholder means the device is now using an Edge driver. In the ST app, you can open the detailed view for the device and click on the 3 dots in the upper right of the screen… there should be a Driver in the list. Select it to see what Edge Driver is being used.

Note: you can’t edit Edge devices (those with Placeholder) in IDE so don’t switch it to a motion sensor Device Handler there.

Just an update, automations seem to be coming back online now…still seeing placeholder in the IDE but I guess that’s fine.

the IDE but I guess that’s fine.

yes, @jkp is right. As the IDE is part of the Legacy platform, the details of Edge-based devices are not displayed correctly. So, don’t worry about “placeholder” and “execution: Cloud” shown there.

We’re excited to announce the start of a new SmartThings Hub Firmware Beta. Version 0.44.7 will begin rolling out in batches starting on Aug 4, 2022. We will send out an email when we start updating Hubs. We will be paying close attention to any issues encountered by users so your hub may not get updated right away. The hub will be offline for about a minute during the update. See below for more specific details about the update.

Help Us Help You

As part of our Beta program, it is important for our support team to investigate logs from Hubs running that are reporting errors. To provide our team access, please follow these instructions:

Anyone who participated in the previous beta is automatically signed up for this one.

If you’d like to participate in the beta, but haven’t taken the survey yet: Sign Up Here

Addressed a memory leak when using the tcp/udp sockets

Could this fix the random spontaneous driver restarts I’ve been seeing?! @nayelyz

0.44.7 has now been deployed to the beta population.

@posborne My hub is stuck in a loop: (feel free to access my hub) 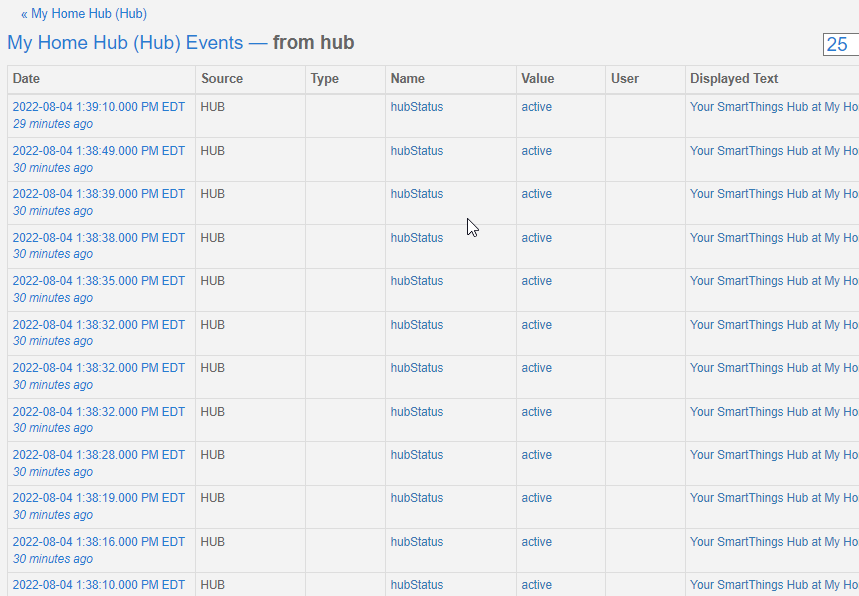 started right after the update: 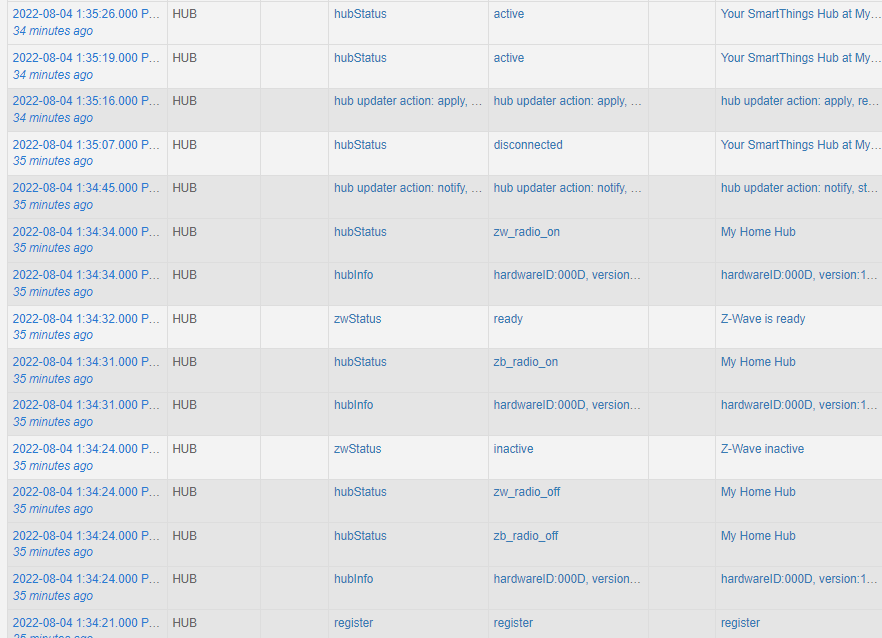 Mine also went into a loop with active and inactive, green and red light.
I thought it was the problem that happens from time to time and I turned off the hub for a few seconds.

I reconnected it and everything worked fine and I saw that it had the new firmware 44.7

Yup, as soon as I get home I do that too.

No loop on mine