How reliable and secure is the system based on your experience? 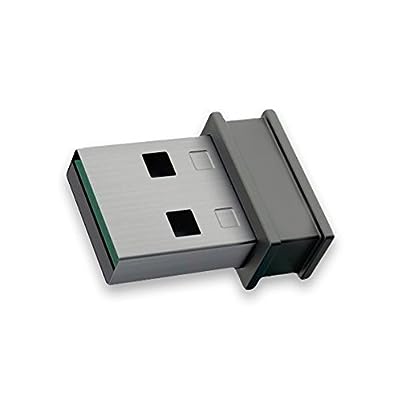 Currently, I enter a 6 digit code on the lock that unlocks the door (if in Away mode entering the code disarms the security). This is the setup I want:
If my condo is in away mode (door is locked) and I approach with my iPhone -> unlock the door and disarm security (switch to home mode).

Do you think this will be feasible? I only want the door to unlock when I am right in front of it (not at the condo parking garage).

Also, could this potentially be an issue when I am leaving (can I set a delay for like 5 minutes). When I leave the condo…I have an iris keypad that I use to arm security with a 30 second delay. Or can I rely on the ibeacon to automatically arms security when everyone leaves?

@JDRoberts so got the RadBeacon and configured to communicate with SmartThing’s via IFTTT. I am using the Beecon+ app but it isn’t always working when the app is closed. I did some research and found that some people implemented this to use Apple Passbook or some alternative option? Is their a more reliable solution to this?

I know this thread is very old, but I was wondering if anyone may be able to assist with utilizing various iBeacons with the Beecon+ app.

I am attempting to use various iBeacons from Radius Networks. I am using the Dot as a mobile iBeacon (attached to person). I am using a stationary iPhone with Beecon+ as the receiving station. So when the mobile beacon comes into a specific range of receiving station it send IFTTT webhook to trigger Smartthings. However, due to the limitations on the exit range trigger only being when the beacon goes out of range I thought I would purchase the RadBeacon X4 (weatherproof iBeacon) and use the proximity of the mobile beacon to this ibeacon as a trigger (such as near) instead of having to use the exit ranges. However, I am not seeing how to complete this option within the Beecon+ application.

I was able to set the X4 as a region, but I do not see where I can set triggers for the mobile iBeacon coming into range (at specific distance) to this beacon to trigger IFTTT. Is this capability not possible or am I just overlooking something obvious?

No beacon operates on distance. It’s always about signal strength.

The signal strength is measured by the receiving station app on either a phone or a tablet. Two beacons are not aware of each other in any way.

The usual example given is that the beacon is like a lighthouse. All it does is regularly transmit a little message, like the light from the lighthouse, saying “here I am” and giving the beacon’s ID.

It is up to the passing ships (receiving station app on the phone) to recognize the beacon and then decide what it wants to do about it.

So if I understand your question, that’s just not how beacons operate. Each beacon sends out its ID code, and the receiving station app decides what to do based on which ID codes it recognizes as being in range of itself (the phone). The beacon itself doesn’t receive or process any messages.

That makes sense. So, the only way people are able to perform micro locations utilizing beacons is by carrying a moving receiver (i.e. cell phone)?

Ultimately, I am attempting to create a micro-location system to determine when my dog and cat are outside. After reading through this forum and your other micro-location information guides. I thought beacons would be the best solution as they could both wear a ibeacon on their collars. I originally set up a receiving station on an old iphone and used the beecon+ app. I can get the IFTTT webhooks to work as triggers, but the inherent weakness in this method is the exit trigger being “out of range” and not a customizable selection as it is for the enter range. I successfully got the out of range to trigger at the threshold for my back door by adjusting the beacons transmit power; however, this would then cause the trigger to fire when he would go upstairs or downstairs (one floor above of below my receiving station). Triggers would fire due to the signal now traveling through the floor etc.

I do not think I can get the ranges small enough to trigger by placing a second receiver at the back door while having it not falsely trigger while my dog is still in the house (back door is a sliding door in the kitchen close to where his food and water bowls are kept).

Any ideas jump out at you? Or am I just not able to create something like this due to the limitations with the current technology for micro location?

Have you read the following thread? It covers most of the available options.

I’m seeing quite a bit of confusion in this topic so maybe we can back up a minute and look at a couple of the basic concepts and then look at a couple of the possible devices. Because it is possible to do this, it just may not work quite the way people originally expected. Part 1: Presence in SmartThings “Presence” in SmartThings is way simpler than most people expect. All you need is a device type Handler with “capability.presence” and then that presence can be turned on and off for that device. (Of course you have to have a reason to turn present on or off, that is an event that you can capture, but that’s a separate issue.) This capability is why you can have a virtual presence sensor, which is just a virtual switch, and you can turn that virtual switch on and off from within Smart…

Thanks for the additional information. That definitely puts it into perspective.

One final question. Do you know of any similar apps to Beecon+ for Android? I have seen countless apps which allow android devices to detect ibeacons, but nothing that allows the user to then take that RSSI distance and use it for anything.

Thanks for the additional information. That definitely puts it into perspective.

One final question. Do you know of any similar apps to Beecon+ for Android? I have seen countless apps which allow android devices to detect ibeacons, but nothing that allows the user to then take that RSSI distance and use it for anything.

Android doesn’t work the same way with iBeacons because the receiving station apps won’t run in the background. But that’s exactly why google introduce their own version of beacons, called Eddystone. Many of the popular beacon manufacturers, including Radius Networks, put out devices that can do either protocol.

So check with the forums for the beacons that you purchased and see how people are using them with android.

As I have Mentioned before, at this point most of the beacon manufacturers provide SDKs which allows you to write your own receiving station app Pretty easily, which is why You don’t see many third-party apps anymore.

What I did a while back was use Node-Red on a raspberry-pi to look for specific BLE ids, and map them to specific (virtual) presence sensors using the MQTT/Smartthings integration.

I am still messing around with IBeacons and having some trouble that I hope you can assist with.

I am trying to use IBeacons for presence sensing as the GPS alternatives on cell phones does not work very reliably in my area. I purchased two iBeacons to place on my girlfriends and my key chains.

I am using the Beecon+ app as the receiver, however, I am having trouble getting it to monitor two beacons simultaneously. I have created two regions (one for myself and one for my GF) and it says that both regions are being monitored in the background; however, only one beacons signal is ever shown at a time.

Am I defining my regions incorrectly or is the Beecon+ app not able to monitor more than one signal at a time?

That particular set up would confuse it, because you’re not really supposed to have overlapping regions. I think you would need to have two receiving station devices each with their own copy of beecon plus, each monitoring just one Beacon, and then it should work fine.

Remember that the design assumption for IBeacons is that the beacons are stationary and the receiving station device is a mobile phone that is moving around.

We’re using it in reverse by having the receiving station device stay in one location and the Beacon move around, but we can’t really change the underlying concept.

Thanks for the quick reply! That was the same conclusion I just came up with as well. Using your information about the normal use of Ibeacons I decided to use her Iphone as a second receiving station and use the Ibeacon as the stationary object inside the house. It should allow the presence detection to work, the only thing I am worried about is the Beecon+ app battery drain on her phone.

You have been a great source of information for Ibeacons thus far. I have an additional question you may be able to assist with. I had a working presence detection setup with an old Iphone as the receiving station using the beecon app and a beacon on my key chain. It worked from about the end of September until now. For some reason the beecon app will only briefly detect my ibeacon as being in range then immediately detect that it is out of range (even when the beacon is right next to the receiver). I have re configured the Beecon app to see if that would alleviate the issues but it hasn’t.

The two most common reasons would be dying battery on the IBeacon Or some kind of local interference (typically from Wi-Fi, but possibly from zigbee).

Have you added any apps to the receiving station device?

The beacon itself is a Radbeacon. Using their app for settings on the beacon it indicates the battery is fine. (Could potentially be wrong).

Don’t think it is an interference issue. No new devices have been added in the home and the phone it self solely acts as a receiving station. The device is an old iphone that isn’t used for anything else. It may have potentially automatically undergone an update though.

I just tried a new battery and it appears to be staying in range. Will continue to test the beacon being received. Just out of curiosity what is the average battery life you see out of beacons? I know it will be dependent on the settings on the beacon (transmitting power and frequency). It seems mine lasted about 2 months.

Yeah, it’s all about the settings. I find RAD beacons typically last 2 to 3 months. Estimotes last much longer, but are more expensive.

Thank you again for the assistance. Now I know that I will have to anticipate a change of batteries approximately every 2 months!

Thank you again for the assistance. Now I know that I will have to anticipate a change of batteries approximately every 2 months!

Do you have the RadBeacon dot?

In contrast, the estimotes have a battery life spec’d at 3 to 5 years depending on the model. ( sometimes things are cheap for a reason.

What's the battery life of Estimote Beacons? Can I optimize it?

The current version of Estimote Proximity Beacons (hardware revision J1.6) ships with 2 AAA alkaline batteries and Estimote Monitoring enabled by default. This allows for around 3 years of battery ...

Yes. I carry that on my key chain and have the phone set up as a stationary device to trigger my presence for Smartthings. I had reliability trouble using the native ST option, the webcore sensor and Life360.