How to test 'Away' rules

Hi All,
I am trying to use the ‘Vacation Lighting Director’ to turn on / off a couple of WeMo Belkin lights in a random fashion to simulate someone being at home while I am away.

Is there any way of testing this while I’m still at home? I cannot seem to get it to work.
I am doing the following:-
The app is set to work while I am ‘Away’.
I have listed the 2 lamps I want to use.
Cycle time is 10 mins with only 1 being active.
In people I have my mobile as not changing the light if I am at home.

The problem I am having is that I can set my status as away but as my mobile is always present the rule will not trigger. I have tried logging my mobile out of the smartthings app and turning off mobile data and wi-fi. It still does not trigger the rule. Is there any way I can ‘con’ the app into thinking I am away so that I can test it and set it up to give the optimum performance that i want.

Any suggestions much appreciated.

Is your presence defined by your phone or by an arrival sensor or buy a service like life 360 or IFTTT?

If it’s triggered by your phone or the arrival Center, you just have to break the signal between that device and home, but maybe for up to five minutes.

You can buy what’s called a Farraday bag for less than €10 at Amazon, which is what engineers use when they’re testing.

But there’s probably something at home that will produce a similar result.

I usually stick mine in the microwave, but I also suggest unplugging the microwave first just to make sure nobody accidentally turns it on by accident.

You can also just try wrapping the device in aluminum foil, but of course they have to unwrap it each time.

Some people take a box and fully line it with foil so it’s easy to take the object in and out. That’s just a homemade faraday box, not quite as effective as the ones with special materials.

There also fancy ones made to keep people from tracking your phone. Some quite nice and easy to get the device in and out of. Again typically under €10.

There also fancy ones made to keep people from tracking your phone. Some quite nice and easy to get the device in and out of. Again typically under €10. I search for “Faraday phone privacy” and found a number at Amazon. 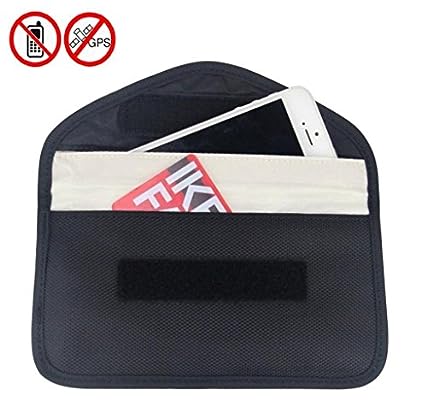 Signal Blocking Case for Mobile Phones - Useful to Prevent Calls and Tracking another name for this product is "faraday bag" This phone case holds your mobile phone safely while blocking the tracking ...

You can also power off the signal or device, but taking the batteries in and out of the arrival sensor is kind of tricky.

Thanks for the response.
I am not using a presense sensor just using my mobile.
I have tried turning off wi-fi, mobile data and even turning the phone off. I have waited for over 1/2 an hour and nothing happens.
If I go into the activity feed page I can see the ‘Goodbye! was executed’ message but nothing to indicate that the phone is away.

Does the hub need to see my location as moved away from my home location to activate it?

Totally bemused what else to try.

There has been a known bug, actually two. Both affect the Account not knowing that the phone has left the Wi-Fi network. One only affected the goodbye routine, the other affected all situations. I’m not sure which applied when but multiple people have run into them.

For that you just need to contact support. It’s a problem with your account in the cloud, not with the device.

I’ve never understood why this app requires a presence detector. It could just be assigned to away mode.

You could just pick one presence (spouse) then when they leave, run away routine and watch the lights (but make sure you disable SHM)

You could edit the code to not require presence

You could drive around the block and watch the lights via live logging/mobile app.

Thanks Greg.
Driving around is an option I suppose. Just wanted to do it from the comfort of my armchair.

As for tweaking the code, how would I do this. Is there an application that I can use to do this.
Must admit I have never played with app code.

As for tweaking the code, how would I do this. Is there an application that I can use to do this.

You would change the code in the IDE. https://graph.api.smartthings.com

I’m not a coder. But I have edited, cut and pasted code. Occasionally it works. Usually it doesn’t.

Tie it to a virtual presence sensor, which you can then change to home / away on command. Once you see that the proper “away” actions are executed, you can switch back to using the real presence sensor itself.

Keeping in mind of course the reliability issues with mobile presence detection.

I usually stick mine in the microwave

Uh oh, JD was part of that 4chan hoax last year to trick people into microwaving their iPhones!

Not me, I unplug the microwave before using it as a Faraday cage, just to be sure!

But now that the “cellphone privacy cases” are down below $20, I’d just get one of those instead if I thought I need to do much testing, or if I wanted to, say, store an arrival sensor used for guests without having to take the batteries out.

Not me, I unplug the microwave before using it as a Faraday cage, just to be sure!

Oops, did I accidentally leave that part out of my quote.

But seriously though, good idea, and very smart to pull the plug before someone else comes along and accidentally fries it.