Anybody have any suggestions for a whole house power monitoring solution? Something that just shows consumption? 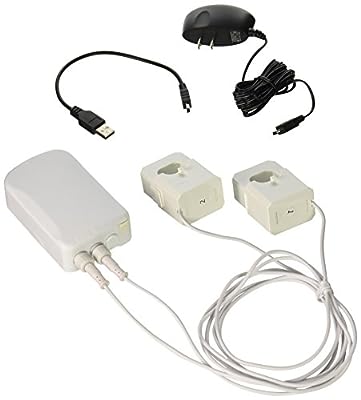 Both works with SmartThings

What’s the differences between V1 and V2?

according to this thread:

You need to change it to the Aeon Energy device type in the IDE, if it's a V2 you'll probably need to install that custom device type first and then change to it.

personally, i only got v1 and not planning for v2

V1 is battery powered, V2 is powered from the electrical box.

@sc00tz @jabbera, I have v1 metering clamps and it’s powered via a USB port in the bottom of the device from an outlet as it’s primary source, with 4 AA batteries (inside) as a backup.

Running off AC provide constant updates, vs timed updates when running on batteries (slow, but conserves them).

The price of the v1 is really good, and for me I just log watts (low, current, and high) in the device tile in the ST app, and use https://www.grovestreams.com/ to track and graph usage.

V1 has a transformer brick so you don’t have to run it from batteries.

When you say both work in Smartthings do you mean out of the box or with customer apps or code?

using stock SmartThings apps on V1. I think V2 needs custom app, I’m not sure at this point.

V1 can be powered by either batteries or AC. Just installed one earlier this week.

Can you show a pic of how it looks and works on the dashboard?

I need name of device work 220v, 50hz and compatible with smartthings. Thank you