For nightstand lights, the bulbs will probably be cheaper ($15 each) and dim lower. Pocket sockets or wired outlets controlling dumb bulbs can be brighter per bulb, since most smart bulbs top out at 800 lm. So just depends on what you need.

In my opinion and experience, using sockets for lamps is a much better experience. For example, if you lose electric power in the middle of the night, all of your connected bulbs will turn on at full brightness when power is restored. I would never put connected bulbs in my bedroom.

Sockets… just by themselves ready for any light bulb?! Where do you buy those?

Someone did try to make a connected lamp socket… I can’t remember the name and I don’t know if they ever made it to market. It might have been this: Emberlight socket is a home automation product that turns any light into a smart light bulb. Control from your smartphone using your home WiFi or Bluetooth.

Sorry, when I said “socket” I mean’t “wall outlet” or “lamp module” 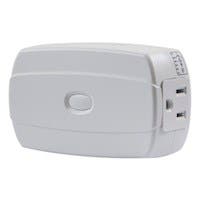 And they make dimming ones as well.

And just since this seems like a good time to mention it, “Pocket socket” is the term often used in the forums for a plug-in module.

Just makes it easier to distinguish it from an in wall receptacle. They come in several different shapes: 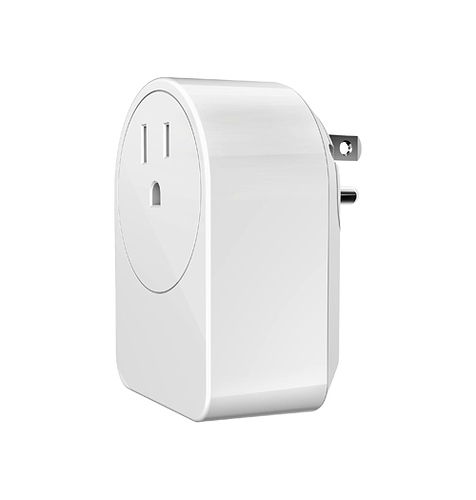 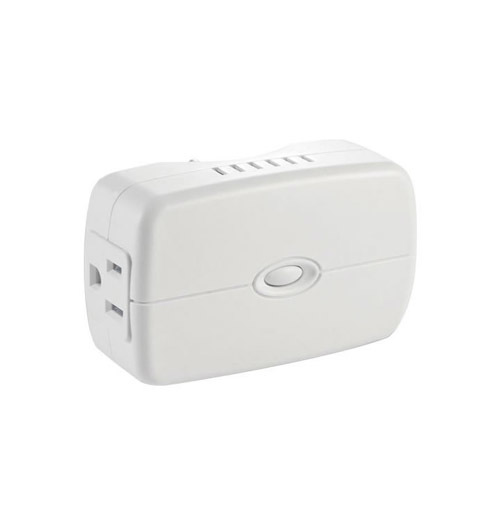 They’ll generally work the same as the wired receptacles.

For me, the power doesn’t go off at our house very often, and when it does, I like to know so I can check things . So the bulbs coming on because the power went off and was restored works fine for me. Different things work for different people.

Someone did try to make a connected lamp socket… I can’t remember the name and I don’t know if they ever made it to market.

There are a couple. Idevices has one which works with Echo or HomeKit that just came out a few months ago. 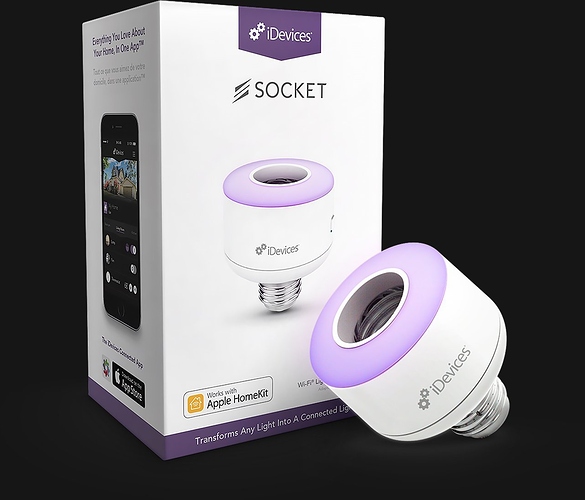 Seems like a weird idea to me, especially since it costs almost $80, but choice is good.

Everspring even has a Z wave one, but again, expensive.

As is typical, there are many different options with SmartThings.

But I think these days most people are using core. It will do pretty much everything, it’s just the set up is rather complex.

You can also use in-wall z-wave relays and dimmers. You control them either from a regular switch or through ST and Alexa. Output can go either to a regular light bulb or to an outlet. That is if flexibility is a concern. If you have any issues with ST/Alexa/hub/internet you still have local control.

At this point get the new Nvidia Shield. It will support ST hub and Google Assistant plus give you a total experience.

At this point get the new Nvidia Shield. It will support ST hub and Google Assistant plus give you a total experience.

Not released yet, so no one knows what it will really do. And they’ve already said that some of the features won’t be available for several months. It’s a very exciting announcement, and it might indeed be worth waiting for, but it’s hard to evaluate until it’s ready to ship.

given all that it will do i would wait for it. It will be quite the device. It takes 3 of my devices and pulls them into one.

Dang it… Now you are making me stop what I’m doing and go read more about IFTTT, not that I need to in order to complete set up but more so…because it’s there

Instead of channel hoping on ZigBee communication, is changing the channel for the wifi an effective alternative?

Instead of channel hoping on ZigBee communication, is changing the channel for the wifi an effective alternative?

It can certainly help.