@Benji found this and linked it in another thread. It’s iOS instead of Android, but it’d still work. Just won’t get the motion to turn things on.

The low voltage/POE source is nice because it skirts around having to run conduit to be up to code in a lot of areas for power.

For anyone wanting to get their Android-based wall-mounted dashboards/control panels (whether Home Automation Dashboard, or SmartTiles or other) to turn screen on upon nearby motion in the room, I got it working with a combination of external z-wave/zigbee motion detector, SharpTools (by @joshua_lyon), Tasker and Secure Settings (see here if interested in how I went about it).

Sorry if that’s already been posted here in this thread or if it’s not even what you’re trying to do here, but I just saw the mention of similar concepts in the last few posts, and I figured I’d share.

In my setup, it’s not perfect yet (I had to also create profiles in Tasker to turn it back off, because sometimes, it would just stay on after being triggered, and the timing is a bit slow sometimes for my liking), but at least it’s generally working, and even a partially working system is better than nothing for a lifelong Trekkie. lol

For anyone wanting to get their Android-based wall-mounted dashboards/control panels (whether Home Automation Dashboard, or SmartTiles or other) to turn screen on upon nearby motion in the room, I got it working with a combination of external z-wave/zigbee motion detector, SharpTools (by @joshua_lyon), Tasker and Secure Settings (see here if interested in how I went about it).

Thanks for the idea. In the first few posts there is a method mentioned that utilizes the camera on the tablet, Secure Settings, and another 3rd party app (too lazy to go check), and it worked pretty well for me. Uses battery pretty heavily on the tablet, but you’d hopefully have it plugged in anyway.

@JTT This works for me on the new 7" Fire tablet: 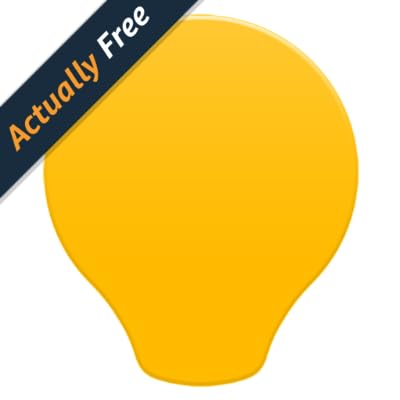 First let me say, AWESOME work to all who have contributed to this application.

Everything is going good so far except for one issue I have ran into that I am totally stumped on. I have created a small SmartApp so that I can group and ] control several Cree smart bulbs and switches with a Simulated/Virtual switch following these instructions:FAQ: Creating a virtual Device

From the mobile app it all works as expected but when I tag the virtual switch in the main.erb file and publish, it shows up on my dashboard but it will no execute. It acts just like one of the default place holders.Here is the lone from my main.erb file:

Anyone have any ideas how to get this working? I read others have similar things like this working, so I am unsure why it is not for me.

Issue SOLVED. Discovered some sort of disconnect within ST that did not properly register the virtual switch to the light group app I created. Once I corrected this by recreating the association between the two, it began working in the dashboard.

Nice! Mine is a bit more simple. Just an android 21" touchscreen monitor using smartiles. I downloaded a kiosk app so it is basically locked on this screen, but the monitor arm used is articulated so it can pull out around the corner to use the web in the kitchen (see recipies etc).

What kiosk app are you using?
I tried a couple, but didn’t like them.

@Gadgetman Make a shortcut from the chrome menu and save it to your home screen. Then when you open the page it will hide the browser and be full screen.
Looks nice…

The kiosk program will not allow me to save shortcuts to the homescreen (or I just have not found out how yet). But thanks for the tip!

So, if anyone else got the email from heroku about the current ruby version becoming outdated, I’ve updated the app with some key package upgrades to fix this. I will package it up into a pull request for @florianz but for those that have trouble with that, the associated files that need changing are here:

There are two files that needed updating, just copy paste each into your own and push to the heroku master again. I’m sure there are other packages that could be updated, but this was the least amount of changes that got things working again.

For those that just want the changes:

changed 2 files with 6 additions and 7 deletions.

Awesome! This is roughly the same thing I’m doing. Glad to see someone else has done it already. I love maximizing the usefulness of things.

So far I have the tablet functioning as

Here are a few of the assumptions I’m working from:

I’m gonna get a second tablet for the back door. I like the OP’s frame. It hides (and secures) the power cable. I’m gonna have in-wall outlets for these tablets.

Anyone having trouble pushing today? I’m getting the corrupt Gemfile.lock message

my gemfile.lock matches the master branch.

If you look here: https://github.com/FlorianZ/hadashboard/issues/44

You can find the issue and fix for the gemfile.lock.

However, I have now ran into another problem. I have the server deployed and running on heroku. However when trying to authorize I run into a “Internal Server Error”.

I have scanned through the thread and have seen a few people with the same error. Each time the solution appears to be entering the ST oauth keys. I have done this multiple times, however each time I get the error. I have also tried hardcoding them in the “smartthings.rb” however again to no avail.

Does anyone have any ideas?

@Adam1901 If you run ‘heroku config’ within your local repo location on your computer, it should spit back to you all of your config options. I would make sure you didn’t flip flop things.

Also, did you mean stapp.rb ?

My guess is you have the keys mixed up.

I have worked out what it is after 3 days of trial and error.

It appears to be a problem on Samsungs end. Not anything to do with the keys.

I have the application set up and working fine, however when I come to authorise it with smart things I notice the URL it is using “graph.api.smartthings.com”

If I then go on to press “My Locations” it redirects me to “graph-eu01-euwest1.api.smartthings.com”.

They appear to be different entities and are not compatible with one and other.

If anyone has any ideas that would be great. I have one more left.

Oh, wow. I hadn’t even considered that. You’re in Europe?

Can you try just hardcoding that in stapp.rb instead of graph.api.smartthings.com?

Just to test with.

I have it up and running.

Now for the tinkering

Thank you for all the help!

Old thread I know, but i have a question. When Motion Detector Is enabled, screen sleep and timeout on my tablet take almost a half hour to occur… even though hey are set to 30 seconds and 10 seconds. Anyone have any idea why??