Thanks makes sense – I have ordered a couple for learning by doing!

In the mechanical switch that you replace you don’t need the neutral because the mechanical action performs the switching to connect the load to the hot line. With even a simple Z-wave switch you need to connect the neutral white wire so that the switch itself has the power needed to connect to the hub and to perform the switching action. This will also be used to illuminate the little blue light. The red traveler light is only used for 3-way and beyond switches to send a signal to the add-on switches that the connection has been toggled. For simple switches you don’t need this wire.

So after a day or two looking for an answer and trying to install this switch me and my brother in law came to an easy solution it might help people out,
We connected the hot and load wires to their respective positions then the little white wire that comes in the box with the switch just connect that from the switch ground to the switch neutral, and attach the switch to the wall, that made my switches work, hope it helps someone.

You should not be bridging Neutral to Ground unless you are sure that you have an isolated circuit. Even then, most of the time Neutral to Ground bridging is illegal by code. Any appliances or other devices that attach their ground wire to the appliance metal body have the potential to give you a fatal shock when the Neutral and Ground are bridged. Please be careful and check with a certified electrician. Just because you made it work, doesn’t mean it’s safe or approved by code.

We connected the hot and load wires to their respective positions then the little white wire that comes in the box with the switch just connect that from the switch ground to the switch neutral, and attach the switch to the wall, that made my switches work,

What @dc01 said. It sounds like you are describing a “bootleg ground.” It can kill you. This has been against code in the US for almost 20 years. 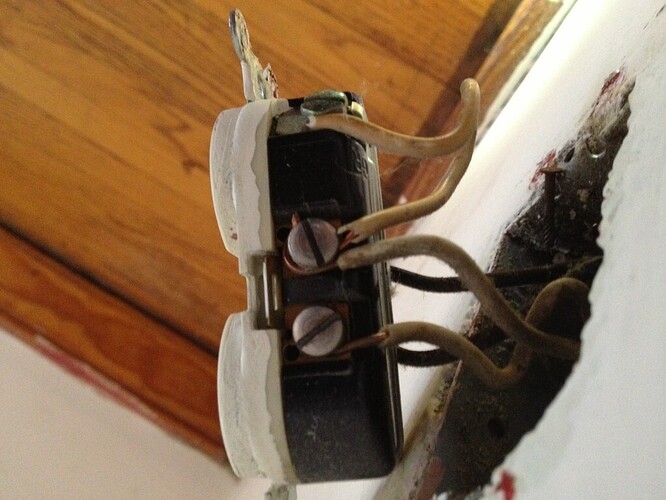 What is a Bootleg Ground? - Richmond Home Inspector

The wiring FAQ may help clear up any momentary confusion about networked switches:

But the main thing is if the manufacturer says the switch needs 4 wires (hot, neutral, load, and ground), then it needs 4 wires to operate safely. (BTW, US code also requires following the manufacturer’s instructions.) If your wiring doesn’t match, you may be able to find a different model of switch that will work. 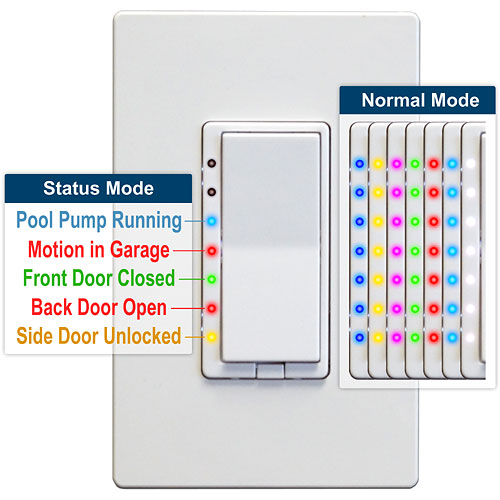 I also have a problem with my GE Z-wave On/Off switch that I purchased. I have two of these already in. One in a standard single pole setup and one in a 3 way setup with an aux switch. Both are working well.

On the other hand, I have picked two other locations for another one of these switches and I get very different results. Once I wire it up appropriately (Load to Load, Line to Line, Neutral to white), I get no LED on the front of the switch and the light does not work. Out of curiosity I moved the neutral to the set of black wires in the box and the LED works. I tried turning the switch on and the lights do come off but however they turn off immediately.

Any help is appreciated.

Well for this situation you have 1 of 3 possibilities.

sidjohn1 beat me to it…double check your load and line wiring.

Both are going to separate light fixture in different rooms that are ceiling fan with standard lights incandescent bulbs.

In the junction box for the current switch (non-smart) I have 1 set of wires coming in Black, White and Bare Ground.

I can get the switch to actually make a click sound when it is actuated on or off but the lights do not come on nor does the fan work.

It actually was recognized by the smartthings hub but still not joy.

I’m scratching my head more then normal any thought?

How was the original switch hooked up? Were both the white and black wires hooked to the switch? If so you are out of luck since you don’t have a neutral coming into the switch box. Basically that switch is cutting the positive line.

Yeah the white and black where connected to the switch and the bare copper ground.

The junction box that this switch is in has three other switches. One of them is a three way one a on/off for an outlet and the other a on/off for a hallway light.

Flip the breaker that powers this switch to see if the outlet or hallway light are on the same circuit. If so you can use the neutral from those switches, assuming there is a neutral wire in this junction box. If not, unfortunately you are out of luck without pulling a wire from your fan to your switch.

Thank you. I’ll take a look at it tonight… Ahhh the joys of home automation!

What is the age of the home and/or wiring? if you don’t have a neutral, you would have to pull one. In our house, the lights are run through on a loop, so no neutral in the box. I’m going to be pulling all new wire soon though (hopefully).

The house was built in 1990 it’s had some remodel done prior to our purchase so I’m not sure whats in the wall. I want to say in the junction box I saw a series of white wires bundled and capped will explore that tonight

Another person here chiming in on issues with the GE Z-Wave dimmers. I have quite a few single-pole Z-Wave dimmer setups which work great, however when it comes to the 3-way setup, I can only get the master dimmer to work; the “add-on” does not function. Conveniently, the 2 circuits that are giving me trouble have their Master switches located in (1) 2-gang junction box with a single neutral bundle for the entire box; both circuits are on the same breaker. For each master dimmer, I have the Line, Load, Neutral, Ground, and red traveller wires connected. In each of the “add-on” dimmers, I have the black Load wires nutted together, and the neutral, red traveller, and ground connected to the switch. I have been able to identify that none of the dimmers are faulty by swapping each dimmer such that it is the Master in the circuit. Any ideas?

I’ve not hooked up a three way switch, but I see that the GE ones come as a switch and an add on. Is there a chance that two “master” switches won’t work together and you need an add on or slave switch?

Thanks for that! Going to try 1 add-on to make sure that does the trick before I buy a bunch of them.