Help me go over my first purchases? (Europe)

Hello guys!
This is my first time dipping my toes into home automation, and I’ve already made a few purchases.
Specifically, I picked up on sale 4 Xiaomi RGB Smart Bulbs (10€ Each) and 3 Google Home Minis (20€ Each). I haven’t found threads specifically about the Mi Bulbs, but they should be just rebranded Yeelights, so I think I’m going to be fine connecting the SmartThings Hub with those, or am I?

The next thing I’m concerned about is wether or not to purchase a SmartThings Hub for the next devices I’m getting, which are some motion and door sensors, pictured below: 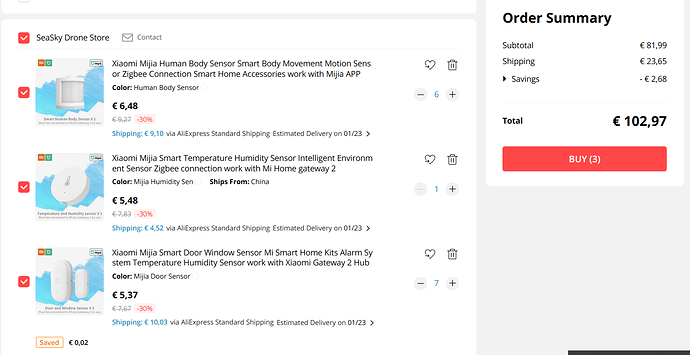 The things I want to do with these sensors are the following:

And other than these features, ideally the Hub of my dreams would:

I hope you can clarify wether or not all these devices work in the way I envisioned with SmartThings because I’m still undecided wether to pick it up or not.
I thank you in advance for your assistance and humbly apologize for these simple questions.

P.s. I live in Europe, if that changes anything.

Given what you’re looking at, is there a reason that you are not just considering the Xioami gateway instead of the smartthings hub? Although some Xioami sensors can be connected to the SmartThings hub instead, in general they are more stable and offer more features when connected to their own gateway. Some People do buy them for use with the smartthings hub because they are so inexpensive, but they can be somewhat troublesome as the company really only intend them to work with their own gateway.

Also, I don’t know about the Xioami gateway, but The current model of the smartthings hub, the V3, does not have a battery backup. Also, it is primarily a cloud-based system, which means you cannot get any notifications unless it has access to the Internet. it doesn’t have a cellular option. The alternative in Europe is to get the Vodafone Vhome version, but that requires a Vodafone subscription and you can’t use the Xioami sensors for security alerts with that one.

(I can’t say anything about the specific models that you’re looking at because you only posted a picture, and I rely on text to speech software. Hopefully someone else will be able to speak to those individually.)

Also, the last time I looked it was easy to make a sound play on echo devices, but not on google home devices. I don’t know if that’s changed recently.

Well these automations are just not possible if I solely use the Xiaomi gateway and app.

The app has, from what I’ve read, only basic alarm functionality that plays the siren from the gateway itself.

Moreover, I intended to use xiaomi sensors because they’re the most readily available, many brands including Samsung just don’t sell their sensors here in Italy.

You should also be aware that Xioami has indicated that a large number of the Xioami branded devices sold through Alibaba express are counterfeit, so they will not warranty them and they may cause additional problems. They only provide customer support and warranties for devices from authorized sellers. (Sometimes things are cheap for a reason.)

Banggood and gearbest are usually good sources for European buyers.

Well these automations are just not possible if I solely use the Xiaomi gateway and app.

Are you sure? The ones you listed:

Are all given as basic examples for the xioami gateway. But only from their own siren, as you noted.

Essentially Xioami works well with its own devices (of which there are many). Xioami devices can be flaky when working with other platforms, however.

You can just search this forum for “Xioami” and you will find many discussions about reliability and compatibility issues.

But when used with their own gateway, Xioami is generally rated very high for a budget system.

The following is an in-depth video look at their app which shows you how scenes are set up, so I think you will see that it can do most of the use cases you gave as long as you are using xioami devices. And most of the features that are missing, like battery backup, would also be missing from smartthings.

The next two links are to blog reviews: 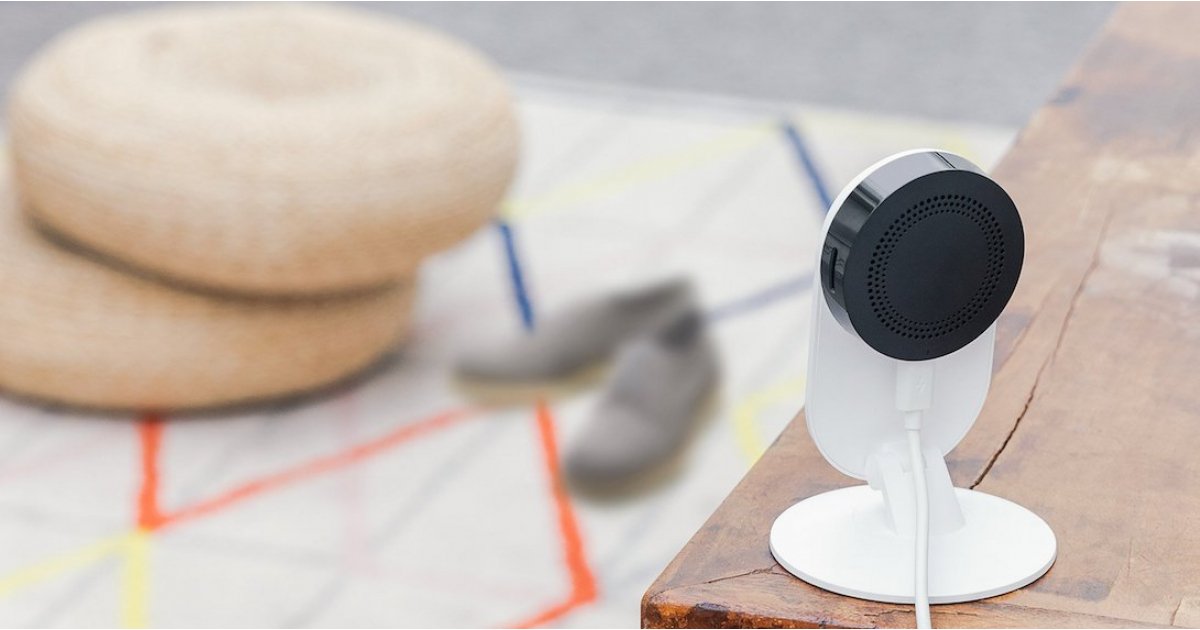 A beginner's guide to living in a Xiaomi smart home

At the end of last year, Xiaomi announced that it was bringing its smart home tech to the western world. Well, it announced three devices would be landing a... 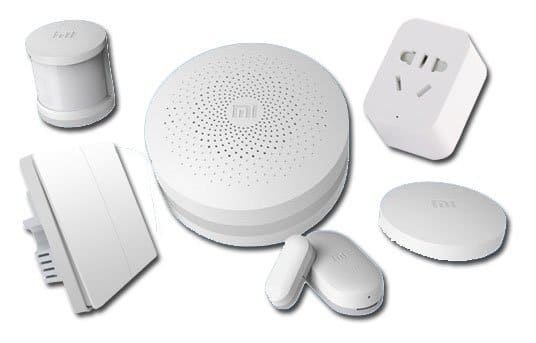 Guide to Xiaomi Smart Home | What you need to know to set-up a super home!...

Anyway, it’s Your choice if you want to go ahead and try to use the devices with smartthings, but if your primary interest is security, I don’t think you will end up happy with the results.

Xiaomi sensors are working with Smartthings, BUT they tend to disconnect randomly and they don’t play quite well due to this.
You will have more frustration with the Xiaomi sensors than joy. First starting with pairing… That can be a nightmare. They were not designed to work with Smartthings, neither to be used as a home security system.
As @JDRoberts told, you can get reliable source of these products from banggood, gearbest. I would add Tomtom and DX to, but all these sites turned to be market places so you can easily burn yourself with dodgy products.
If you want security features, buy a security system. Samsung Smartthings is not a security system, neither the Xiaomi one, it is a hobbyist home automation system. And none of the sensors what you listed are security devices.
What you want to achieve is just a distraction, no insurance company would accept it. Of course you can do all of it with Smartthings, but only your neighbours will be annoyed, when a dodgy motion sensor will trigger it and your house would look like as Christmas tree with flashing lights.
Your excuse to use Xiaomi sensors from a Chinese seller is quite invalid. Amazon is available in Italy too and they do sell many different and better, quality sensors. Not as cheap as the Xiaomi ones, but they do offer return policy an warranty to. Amazon.co.uk and Amazon.de is available too in Italy and the shipping is not more probably than your linked Aliexpress images. Many other sellers are selling Europe wide too, ie. look for vesternet on Google, and you do not need to worry about customs taxes and VAT, as customs tax is not charged inside the EU and VAT is included in the price.

I appreciate the intention of your post, I really do, but I do not agree with it.

If I wanted a great and pricey alarm system, I would have gotten one.
This is just a hobby project of mine that I want to make as decently and cheaply as possible, and I don’t plan to report such system to any insurance. I don’t have any particular valuables in my home, but I still enjoy a little bit more of peace of mind. Besides, I think it’s a cool gimmick.

I don’t believe there is a need to pay 25€ or so Euros for each sensor. If you have cheaper alternatives that work with Zigbee or Z Wave please make sure to link them.

Ikea makes good, reliable, inexpensive sensors available in many countries for around 10 € when bought directly from ikea. They work well with SmartThings as well as other zigbee hubs. (The product description may say they need their own gateway, but you can use SmartThings or another compatible hub instead.) These are very basic devices and don’t look quite as nice as the Xioami, but are well engineered with better third party compatibility.

Ok these are excellent and I’ll make sure to pick these up. The xiaomi ones costed like 8€ each anyway, thank you very much.

But what about door / window sensors? These are the main ones I’m concerned about

If it is a zigbee device that works with Echo Plus without another hub, it should work with SmartThings. (Note that the Xioami models do not make this claim.)

Samotech would be worth trying, but I haven’t seen it reviewed one way or the other yet. But just buy one to begin with in case you have to return it. Also make sure it is the zigbee model, not WiFi: they make both. 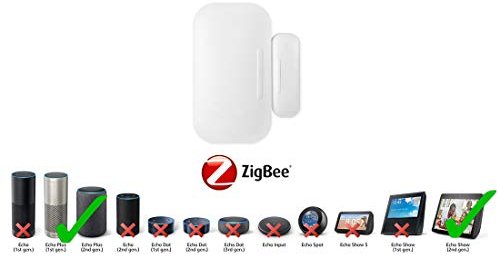 IKEA ones are really good, motion sensors, bulb, buttons, sockets, but they don’t have open/close sensors.

IKEA ones are really good, motion sensors, bulb, buttons, sockets, but they don’t have open/close sensors.

I would expect to see some by next Christmas, but no guarantees.

Unless they have concerns about child safety with the magnet part. Hmmm…

Unless they have concerns about child safety with the magnet part. Hmmm…

IKEA would make it in size like a tennis ball. Just to consider child safety.

If you really want cheap Xiaomi sensors, then consider the Aqara ones. They can be the same dodgy and they drop from the network too, but they are a bit better quality.

If you order two at the time you can avoid customs tax and VAT when it enters the EU, as it is less than 20 Euros.

The temperature sensor is better too as it reports more often, but still randomly, and has pressure measurement too.

They do drop off randomly with solid zigbee network too, and they hard to re-pair.

I thought they were the same, just rebranded to match with the Homekit-Enabled Aquara Hub. I had chosen the Mijia ones just in case I ever decide to purchase the matching Gateway too because that would be more flexible then the Aquara One, as it has a Dev mode that can be enabled.

I thought they were the same, just rebranded to match with the Homekit-Enabled Aquara Hub. I had chosen the Mijia ones just in case I ever decide to purchase the matching Gateway too because that would be more flexible then the Aquara One, as it has a Dev mode that can be enabled.

No, they are different model lines with different firmware. Again, much discussion in the existing Xioami threads in this forum.

Just to preface this, you don’t NEED a Pi, a local linux, osx or windows machine will do the trick too