Has anyone supplied wired power to a presence fob?

So clearly the battery on the presence chip isn’t great, but I do think it’ll play a valuable role in my setup, especially considering phone tracking is all wonky for me. Has anyone attempted to hard wire a different power source to the guts of the chip? Portability isn’t a concern as I’m considering it more for glove box use. Ideally i could run a 12v line from the car into the glove and lower the signal to whatever input this contraption wants. Or for constant power supply, I could hook it up to a much larger battery and throw it in the glove box. Anyone attempted anything like this?

I did soldered the two battery terminals to a micro USB plug and attached it to 2 external batteries. I was thinking of getting a 12v to 3v adapter and wire it to the car power but don’t have time right now. My 2 D cells still at 80% after a year.

Mind taking a few photos of this? I have 2 presence sensors that the battery holder are not attached too any longer… but should work perfectly if I could solder on a new connection. I have soldered LED lighting before, so I suspect I could do this, if I knew what I needed to solder!

here are the pics. instead of D cell battery. you can use one Lithium CR123 with a holder instead. 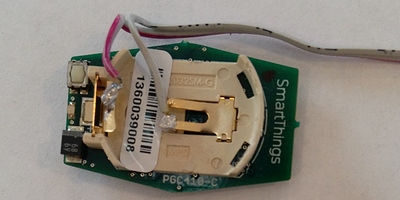 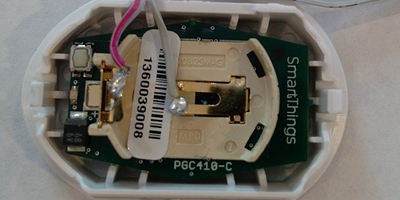 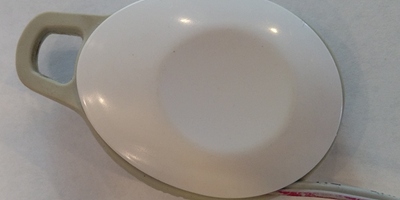 Ah. Okay you did it that way. My issue is the plastic battery holder popped off on one…

DOHHH your red wire looks right = +. Now to reverse mine (no wonder it soldered on so easily). I’ll followup if a 12V to 5V USB car adapter works.

I use this and it works fine. 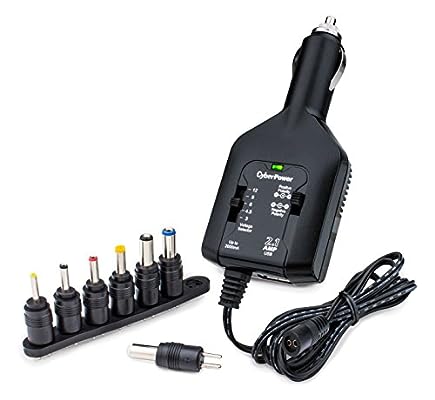 The CPUDC1U2000 Universal Power Adapter with USB 2.1 Quick Charge Technology can be used as a replacement or spare DC power adapter for electronics such portable DVD players and other A/V products, ta ...

I cut up a generic 12 to 5v micro-USB since I’ve got a bunch laying around - the presence updates but the battery is stuck at 1pct - probably decided the voltage is out of range so it won’t update battery. So 3vdc is probably better fit without messing with the devicetype.

I just realized I’ve NEVER seen 100% on a presence sensor before. It feels weird. I’ve got the urge to do it to all of them.

I decided to try this last night with no real hope it would work (my soldering skills are below impressive). After I had finished swearing and burning myself I plugged the USB cord into my car adapter and turned on the engine and to my utter surprise and delight the sensor registered that it had arrived. Very pleased with myself

Thanks to all for the ideas and photos, really helped me out. Now to think of some cool things to automate when the car arrives or leaves.

fuse-tap, or add-a-tap thingies, make this easy to put on a fuse that is selected for always-on. There is a remote but existing possibility of some profanity if you kill your power door locks this way. It does free up the 12v socket. If your socket turns off then the house will assume the car left.

Also beware there are at least 3 “modern” styles of car fuse if you go this way, ATC, ATM and I-don’t-know-ATM-mini? Everytime I buy a “full set” of fuses for my new used car, there’s a new format - sheesh. FYI the ATM fuse-tap can be pushed into the ATM-mini socket but it isn’t perfectly secure.

Pretty sure you can also put a fuse-tap in backwards and you wouldn’t notice until the device burned up after shorting. Not positive which end is positive without a meter.

I am curious on what you guys using this for? When your car is off. The presence sensor is also off. Unless your car adapter is always on? In my case. I hacked my remote car starter, hooked it to a relay and thanks to @mikeMaxwell device type. I can start my car with an Aeon plug.
I use the presence sensor to notify me when the car is running. 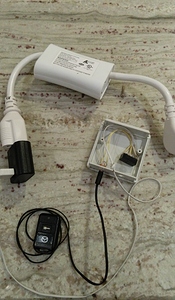 Yes, currently it doesn’t really act as a “presence sensor” as even though the car parked at home the sensor isn’t getting power so it’s “away”. I plan to use it as more of a notification that the ignition has been started which means if I get a set of specific notifications in order (front door is open, ignition is on, wife has left home) I know she has taken the car to work. We leave at different times and usually cycle everywhere so it’s good to have a heads up that the car is in use. Our car is parked off street but in an unsecured space so if I get a notification that the engine is on while my wife is already at work I know that someone is jacking my ride (what I can do about it is another story!).

I really did it as I have a few presense sensors unused (the plastic tab that keeps the battery secure has broken on both) and this seemed like a nifty little project.

Your remote car starter is very cool! My 2002 Alfa Romeo doesn’t have that kind of fancy tech though, good ol’ fashioned key in the ignition for me.