Does anyone get the in-stock email? I have never received one. I wonder if they run out of stock before the emails are sent?

Does anyone get the in-stock email? I have never received one.

I’ve never gotten it either.

I was able to grab one last fall only because I monitor the threads about the device on this forum.

I got one finally

Just when to website and order. They said it will be here between March 1 to march 6.

I can’t believe it. After waiting forever I finally was able to order 2 of these from Home Depot!

Maybe they finally have a good stock of these? I just checked and they are still in stock as of this morning. Previously, whenever someone mentioned on here that they were in stock, they never were when I went to Home Depot website. I still haven’t received my email though.

I think I got the last two. I tried to order 4, but the website said only two were in stock.

Noooo…its out of stock. Been trying to get one for a year. Can someone PM or quote me when it is in stock so I get a notification?

First I want to say thanks to all who have contributed to this thread. Over the last two months I was able to contact KOF and get the parts along with buying both the temperature remote and wall mount remote through Home Depot. I also wanted to share two things I figured out about the wall remote.

First, the new version of this remote does fit in standard decora wall plates. I picked up a standard leviton 2 gang plate (1 side toggle the other decora) and it fit perfect.

The Leviton Decora 2-Gang Midway Combination Wall Plate is an exquisite combination wall plate that flaunts sleek decora styling. The size camouflages wall flaws easily. Compatible with decora devices, it is CSA listed and is made up of sturdy nylon.

Second, I really didn’t like the idea of having to worry about batteries for this remote. It’s sitting in the wall, why the heck do I need batteries. As such I took the remote apart ( a couple screws) and pulled out the circuit board. I used a basic soldering iron and de-soldered the two battery contacts and then soldered in the postive and negative wires from a regulated power supply for 12v LEDs. I then notched the back of the remote so I could route the little wires through. I took the wires from the old switch along with the 120V wiring for the LED power supply and wire nutted it together with the load and line wires. This means the load wiring going to my fan is now always on and not controlled by a physical switch. It also means I can control the fan from the wall remote, smart things (I love Core), and Alexa without having to worry if someone accidentally flipped the old toggle switch.

Here is a link to the regulated power supply I have been using. It easily fit in the gang box behind the wall remote. 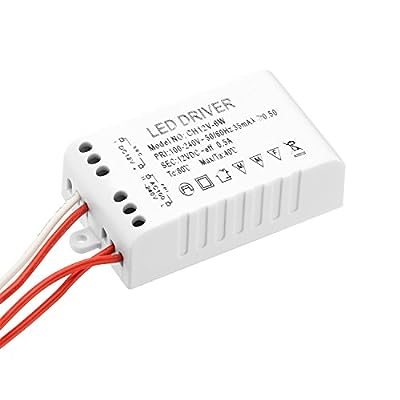 Thank you for the tip and link for the low voltage transformer. I’m going to do the mod to my two ceiling fan in-wall remotes.

Great idea … I will certainly worth investing in …

First, the new version of this remote does fit in standard decora wall plates.

That’s great to know, I’ve been holding off on buying one or two of these because I wasn’t looking forward to dremeling one of the cutouts in my multigang wall plates just to make this device fit.

Let’s hope that more stores will actually start stocking the new version in the near future (or they’ll start shipping it online).

I bought two of the wall controls through Home Depot online (the same link in my above post) towards the end of December and received the new version.

Hmm, for some reason the only option it’s giving me is in-store pickup. Guess I’ll have to keep an eye on the product page to see if that changes.

Wow, I was actually able to get one just now. I can’t believe it!