The in wall remote is RF only, but does control the wink enabled controller. The bundled receiver with the remote can just be thrown out. You can’t buy just the in wall remote at retail, but you may be able to get it from King of Fans. However, the price is probably cheaper as a kit.

Please forgive me if I haven’t caught the answer in this thread, it is after all as I write this 829 posts long, and odds are I missed it…

As I understand it, the controller, Universal Wink Enabled White Ceiling Fan Premier Remote Control, is Zigbee enabled with no special extensions to the protocol. And is directly Wink compatible. This is where I get fuzzy.

I am VERY new to Smartthings, having just set up my ADT Smartthings Hub and sensors this past weekend.

My ST implementation thus far does not include any not directly compatible devices, so no special device handlers etc…

My question is, is this fan / light controller directly compatible with Smartthings, most specifically ADT Smartthings, and if not, and I have to go with a custom device handler, can someone be kind enough to point me at an idiot proof method to get the software working?

This device seems like such an obvious solution to a common perplexing issue with home automation. Most ceiling fans that I have seen have only a single wall switch, and associated wiring, and the control of the fan / light itself is handled by pull chains at the fan itself. I’d rather have ST read the temp from my various room sensors, and if the fan isn’t running per se, at a given temp, turn the fan on low, then a few deg higher medium, and yet again a few deg higher high before kicking on the AC itself. Likewise, with Alexa or Google Home integration, to issue the verbal command to turn on and off the light, or on and off the fan at XYZ speed would be perfect…

So thanks in advance for any help I can get . Sorry I don’t know enough to know what to search for exactly…

It will require the installation of custom device handlers. Log in at https://graph.api.smartthings.com/, and select the default device location. If you can see your hub and devices there, you shouldn’t have a problem.

The IDE link should be https://account.smartthings.com/ to be the most compatible globally, and for all ST account types.

@BigHoss - You may want to read through this FAQ

Is this still the best device to control both a fan’s light and motor with smartthings?

This is still the ONLY device to do such if limited by wiring. If you have proper wiring in place to independently operate the fan and light from separate switches, that is by far the best option.

Second, though I am sure you probably thought of it and didn’t want to create more work, you could probably move the switch down in to the hanging finial, probably as something that twists (twist it clock-wise and the fan spins clock-wise, twist it counter-clock-wise and the fan spins counter-clock-wise) to hide it. I don’t know how high up the fan is, but combine that with a contraption like those long poles used to open ceiling windows or the long contraptions to unscrew light bulbs high up, and you’ll probably have a home run! (Feel free to take credit for it if you go that route when you tell your wife, and apologies if I just made you obsolete after this project.

I got it, started working with custom code yesteray actually…

Do you happen to know where exactly the DTH code is located?

I am planning on ordering one next pay period and trying it out. If it goes well, I will continue going through my ceiling fans.

I do have one that is different. The speed control is a rotary knob, I am not sure if I can use this controller for that fan. I am not anti fan swap though…

Do you happen to know where exactly the DTH code is located?

[image]Thanks to @ranga for getting things underway with the alpha release and pioneering the effort. @stephack @dalec have joined up with @ranga to collaborate on this device handler and it is ready for a beta release. @stephack incorporated the just released composite (child) device handler functionality so that all control points are accessible to standard smartapps. This custom code is designed to be used with Hampton Bay Wink Ceiling Fan receiver in the Gardinier 52" Ceiling Fan or Universal Ceiling Fan Premier Remote Read about how to get just the MR101Z Zigbee receiver here if you want to update an existing fan to be on SmartThings. If you want to control this device by temperature, I modified 3 Speed Ceiling Fan Thermostat smartapp to take advantage of this new device for Smart…

I hope I didn’t just mess up. I ordered the controller from the first post in this thread from Home Depot. 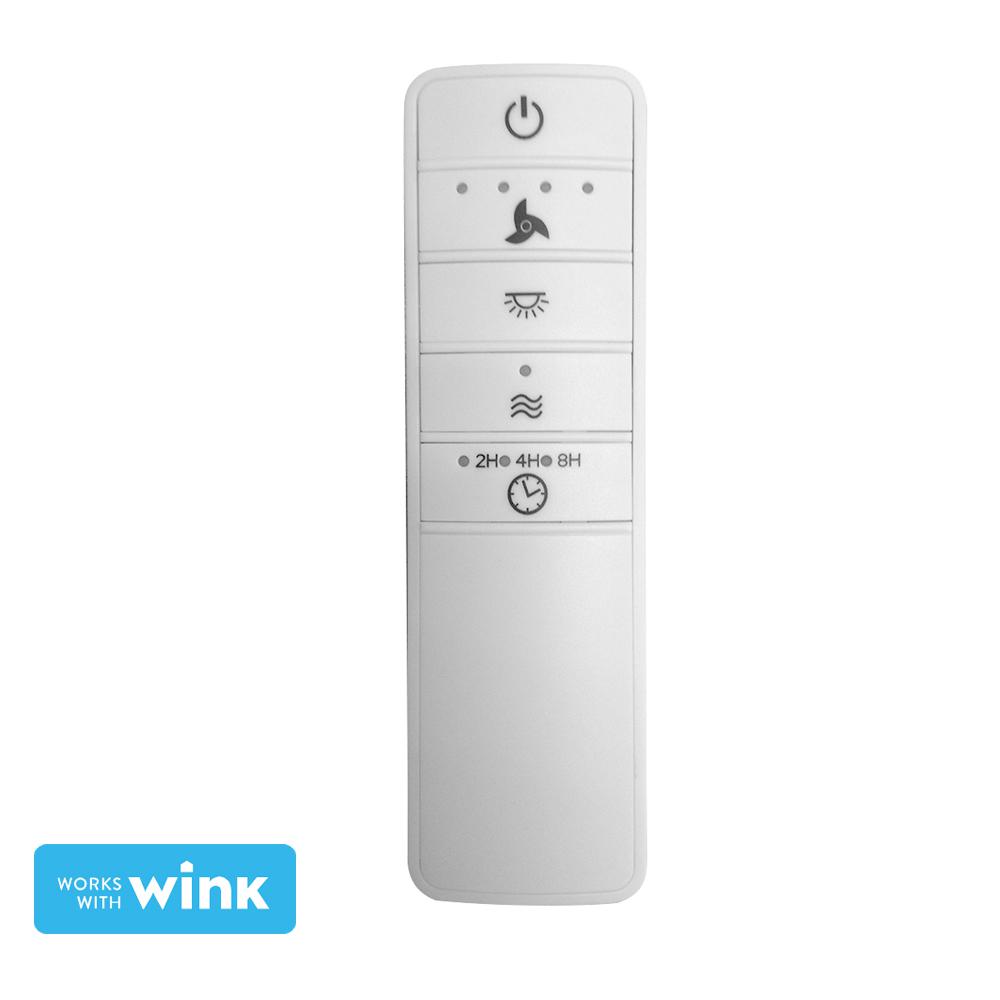 It says remote control, but the pics show all of the parts, the remote, and the receiver / controller… Hopefully everything I need will be in there.

It has everything that you need.

MEH, I’d say as soon as it gets to your house, hook it up immediately and test. Mine are dropping like flies, especially when in the canopy. very weak zigbee signal. You may have trouble pairing also.
Mine was not a good experience, have had to re-pair several times, even the one on my test bench.
Wish there was a better solution
CLARIFICATION-when I said in the canopy I meant installed in the fan with antenna out of canopy as opposed to my bench testing unit, which is not yet on a fan, but still drops

You wil usually need to make sure that the zigbee antenna is OUTSIDE the canopy. I have these on 2 fans in our house for about 18 months.

The fan closest to the hub (in the same room) has never, ever dropped.

The fan in our bedroom has occasionally dropped after a power loss. Though it has been a long time since it has even done that. I have a "peanut plug in the bedroom to act as a repeater.

Yes, these controllers do have weak radios so a strong mesh is important. @JDRoberts has also explained how the fan blades themselves can even affect the signal.

Overall, I have found them to be a worthwhile alternative if you only have one line to the fan canopy.

Not sure how many times this needs to be said, but do not expect to use this controller without a Zigbee repeater in the same room! Also, the antenna MUST be outside of the canopy and not pinched! Get some tin snips and clip a hole.

Very true. In my situation even with a repeater and antenna fully outside the canopy, still having issues.
I’ve thought about taking it apart to try an add a better antenna to see if that helps.
The included remote is also glitchy. I have another non-smart fan remote and it works 100%

The remote is simple RF. Nothing smart about it.

If you are installing with the antenna inside the canopy here doing it wrong. The instructions clearly show to have these ZigBee antenna outside of the canopy that’s why the spacers are there.