Would i be right in thinking the HCA is geared more towards C2C connectivity JD, bringing a more diverse set of wifi products into ST without the need for an ST hub

Both may be Android-only

I just cannot see that being the case JD, although it is true the Apple version of ST is very poor

Maybe Apple themselves are making it hard for ST to get it right, they are pretty cut throat on there approach to competitors

Maybe Apple themselves are making it hard for ST to get it right, they are pretty cut throat on there approach to competitors

I don’t think it’s Apple in this case: the Ikea and Aqara home automation apps both have fullfeatured iOS versions and both are adding Matter support.

I think it’s more that many of the features in the “major update” that’s been officially announced are specifically in regard to the Android operating system: they may just not be relevant to a nonAndroid phone.

Would i be right in thinking the HCA is geared more towards C2C connectivity JD, bringing a more diverse set of wifi products into ST without the need for an ST hub

Right that WiFi does not require a hub, but it doesn’t require a cloud either. Only if you run without a cloud you might then need some kind of hub to handle the local messages.

For example, HomeKit devices use WiFi, Bluetooth Or Thread, but everything except the voice assistant and camera cloud storage runs locally, no active internet connection required. The same Meross WiFi devices that require a cloud connection for SmartThings run just fine without internet on HomeKit. So it just depends on how the platform is designed, it’s not a technical requirement.

Matter is also intended to run locally for WiFi devices: we’ll see how that goes once it arrives.

BTW, @TAustin has an Edge Driver for Shelly WiFi switches and sensors which allows them to run locally with ST now. (The official integration is cloud to cloud.) he’s done some amazing work on the new platform.

July 2022 EDIT: So new readers don’t have to read through all the posts to get caught up… I now have an Edge driver that supports many of the Gen 1 Shelly devices. This allows you to create automations that don’t rely on a cloud connection since Edge drivers are locally executed on your hub. Although I am still adding to the list of supported device types, the driver is fairly stable as of now. Be aware, however, since I don’t have most of these Shelly devices in my possession, I rely on the community to test new device types as I add them. Currently supported are the following Gen 1 Shelly devices: R1, R1PM, R1L, R25 relay mode, R25 roller mode Motion Plug, PlugS Button1* Bulb* RGBW2C RGBW2W Dimmer Contact EM, 3EM Air i3 toggle mode*, i3 momentary mode* * these device types have …

he’s done some amazing work on the new platform

And his patience knows no end, i know coz he developed the camera integration which i helped with in small part

Here’s everything I know about the end of Groovy 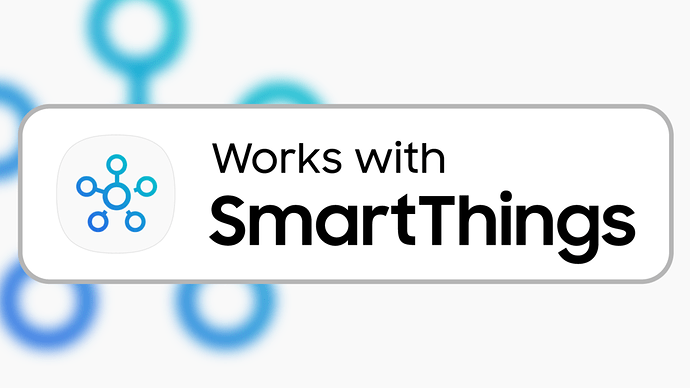 SmartThings Legacy Groovy Platform Retires—What This Means for You

Samsung has announced the end of its Groovy development platform for SmartThings. This may impact some users as much as developers.

just curious on an item in the Platform Transition FAQ page:

Philips Hue (V1)
Philips Hue V1 Bridge
This device will no longer be supported in the SmartThings app.

I thought the V1 Hue Bridge lost cloud connectivity with Hue a few years back after they stopped supporting it.

A couple other resources:
Official Announcement (there should also be one coming in the app at the end of the month)

On September 30, 2022, Groovy device DTHs, SmartApps built on Groovy, and the legacy developer IDE will be removed from the SmartThings platform and will no longer be supported. This means that devices and automations previously using Groovy will now exclusively operate with our latest hub and cloud technology. Recognizing trends within the smart home industry, SmartThings has been working diligently to evolve our platform into a modern REST API framework. Lua-based Edge drivers are a major step, which is being followed quickly with the launch of the Matter protocol, providing a greater focus on interoperability and local communication. All of this platform growth has increased reliability, decreased latency, and reduced the need for data transfer outside of the home environment. We woul…

The hardcore webCoRE users are going to be very disappointed.

indeed. It’s unfortunate nobody from the webcore team was able to take the time to adapt it to the new platform.

indeed. It’s unfortunate nobody from the webcore team was able to take the time to adapt it to the new platform.

It would still have to be hosted somewhere…

right. they had two options to keep it alive:

I’m a hardcore Webcore user and had been planning to make the move to Home Assistant, but I very much doubt I’ll have the time to do so before September 30th. What a pain…

try Routines in the mobile app or Sharptools.io

There’s no way I can replicate all of my Webcore automations using app routines. Whatever happened to the promised Routine Creator?

What are you talking about?
You have no idea, there is no “they” when it comes to webCoRE, there is no executive board, who is this “they” you speak of?
Do you know what the “CoRE” stands for in webCoRE?
“Communities own Rule Engine”.

Exactly what happens on September 30th seems to be described slightly inconsistently. In one place it is is made to sound like the lights are being turned off, but in other places it is the start of a transition.

Frustrating to see the FAQ claiming, yet again, that the presence or absence of ‘Driver’ in the device settings in the app can be used as an indicator of whether or not a device uses Edge. That only applies if you are using the app as the Location owner, or possibly the hub owner if that isn’t actually the same thing (and if it isn’t then I’ve no idea how you know who the owner is). At least that is how it works for me.

right. they had two options to keep it alive:

I agree that there was the square root of beggar all activity in this area but I am not sure there were ever two choices. WebCoRE on SmartThings was already in an extremely fragile state when I started using it.

Option 1 didn’t have a snowball’s chance unless ST did the work and in order to be a front end there has to be a back end to use and I don’t see any sign of it in the current Rules API.

Oh, I absolutely would have paid to keep Webcore.