I jumped into the SmartThings rabbit hole and associated switches a few years ago in an attempt to simplify some things in our home and also reduce some electrical expenses (family is really bad about leaving lights on when no one is home).

Over the corse of the first year, I replaced about 20 switches with the GE paddle switches (Dimmers, simple on/off switches, 3 way switches). I also did a few outlets and other items.

Over the past year, I’ve had well over half the switches and outlets fail. When I called GE, I was told the items had a 2 year warranty and that I would need my original receipt for every switch - easier said than done, I didn’t keep my receipts.

So, I’ve given up on getting them replaced under warranty, however I’m hesitant to buy new GE switches as the ones that failed all had a very similar failure point - the relay in the switch starts clicking once a second and you cannot control the switch physically via the button or the smart app.

Is there a better switch out there that has a better life span? At $40-60 a switch, it hurts to replace them every few years.

I’ve not had issues with any 4xxxx series, Motion Dimmer / Switch or any of the Enbrighten/Smartwire switches.

That said - I’ve moved on to Inovelli as my primary choice - if any of mine fail they get Inovelli Red in its place now unless it’s a fan controller - I’m still using GE for those.

Thanks, I’ll have to look into Inovelli.

Unfortunately most of my switches were purchased at Lowes/Home Depot. I was never good at keeping paper receipts.

Not that it helps you now, but I started getting e-mail receipts from both Home Depot and Lowe’s in case I lose the paper receipts. Just something to keep in mind for the future!

I’ve also had several GE/Jasco switches fail over the past couple of years. Jasco has been pretty good about replacing them under warranty, but for whatever reason (I hope it’s not nefarious), they tend to fail right around the two year mark.

I haven’t kept track of whether any of the replacements have also failed, but @nathancu’s observation is really interesting. I wonder if there was something wrong with the originals’ design. I’ve noticed that the failures tend to happen after thunder storms, so I invested in a whole home surge protector–but I haven’t installed it yet.

Interesting that you mention the thunderstorms, ps0001.

First one failed after a power-outage. When I killed the circuit to replace the switch, when I re-powered the circuit 2 more failed with the same “ticking”. My suspicion is that the relay they used in the earlier devices was a bit delicate.

I agree–I don’t know if it’s the relay per se, but there’s definitely something inside that’s susceptible to surges. I haven’t had time to mess with the surge protector I bought, but I have high hopes that it’ll help.

The two most common failures for these:

If you can bring the device back to working by shutting it off at the circuit breaker for a few minutes, most likely it was #2 but it may happen again. If you can’t, its likely #1.

That’s interesting–I’ve taken apart a failed one and didn’t see any obvious signs of damage. The on/off blinking action makes me think the surges are causing a fault in the processor.

Recently home depot offered to show my in store purchase history using my credit card number. Not sure how far back it can go, but might be worth looking into.

there’s definitely something inside that’s susceptible to surges

I just had one fail and I’m thinking it was a surge. Multiple other things around the house were acting weird after a power outage.

I just installed a whole house surge protector I bought at Lowes in my GE panel. Hopefully it helps, and seems worth the price of$60 for the protection. The new 2020 NEC electrical code now is requiring new houses to be built with whole panel surge protectors. There are a lot more sensitive electronics in our homes, especially if you are using Smartdevices. 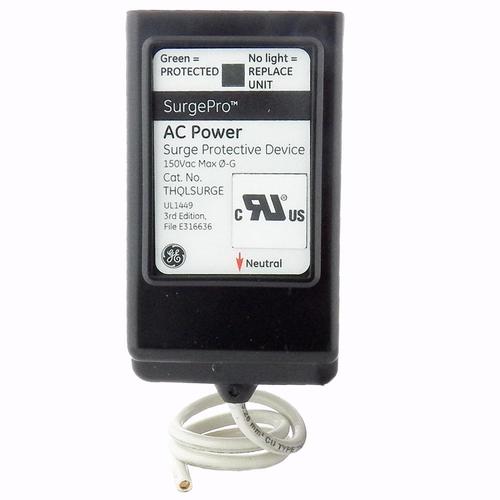 That’s a neat form factor; I hadn’t seen that before. I have this one:

I just installed it recently. Another switch failed a few months ago and I was waiting until I got time to install the surge protector before replacing it. I shut off power at the meter before installing the protector, only when I turned it back on, a different switch failed! So I revise my original theory: I think it has more to do with power losses than surges, but the surge protector certainly can’t hurt.

Interestingly, the switch that failed most recently came back to life after a couple of days. I killed power to the switch again about a week later, and it “died” once more, only to eventually come back again! I can’t explain it, but the other switch has stayed dead.

Being dead but not staying dead is typical with these. But once i have one tgat failed thisnway it eventually permanently dies eventually.

BTW someone on one of the Facebook groups posted day before yesterday that Jasco recently extended the warranty for devices failing this way to 5 years. Its worth following up with them.

That’s good to know! I called them a few weeks ago and the warranty was still two years, as far as they told me.

Thank you. I have another failure that this should cover.

I too believe power losses are causing these. Only happens to switches, not dimmers or fan controls.

Only happens to switches, not dimmers or fan controls.

3 switches for me over the last couple of years. Going on 5 years now so better see if I can get them replaced.

Ive lost one dimmer and no fan controllers… but mostly switches.

Ive lost one dimmer and no fan controllers… but mostly switches.

I stand corrected, I did lose one dimmer a while back.

Nice to see them finally stand behind their products.

Anybody ever put an inline fuse on the input of one of these switches? Ive had a few go bad over the past year…no power surges or outages…and im tired of buying $30 switches.