Here’s what my integration does:

If there’s interest in how I achieved this, I’ll see to spend a bit of time and document, however, this integration is both hardware and software and not for the faint of heart.

In a nutshell, I hacked a SS keyfob remote, and used MIMO (2+ and Lite), by soldering wires onto the remote circuit board to simulate physical pushes on the Off/Home/Away buttons, this works great but again, not for the beginners.

Next, I used a combination of Virtual Devices, Routines, SmartApps, IFTTT and a WebCore piston to manage all that. Finally, I use FastMail’s ability to execute scripts when receiving status emails from SS to handle the SS alert logic and call IFTTT when SS state changes.

It’s a bit of a pandora’s box, but it all works. I can now run scripts like automatically setting SS to Home after a certain time, or when I lock my door at night, etc.

This shouldn’t be so hard, but it was nagging me so much I ended up building this solution over time and through trial and errors. It’s possible SS will one day open up their platform with IFTTT capabilities or directly with ST and make my solution obsolete, but for now, it works great.

FWIW, for those who don’t want to get into the whole soldering/Mimolite part of the project, I think you can probably do the same thing with the Switchbot button pusher, although you will need one for each button. ( I know you could do it with the Naran Push microbot, but I no longer recommend that one.) 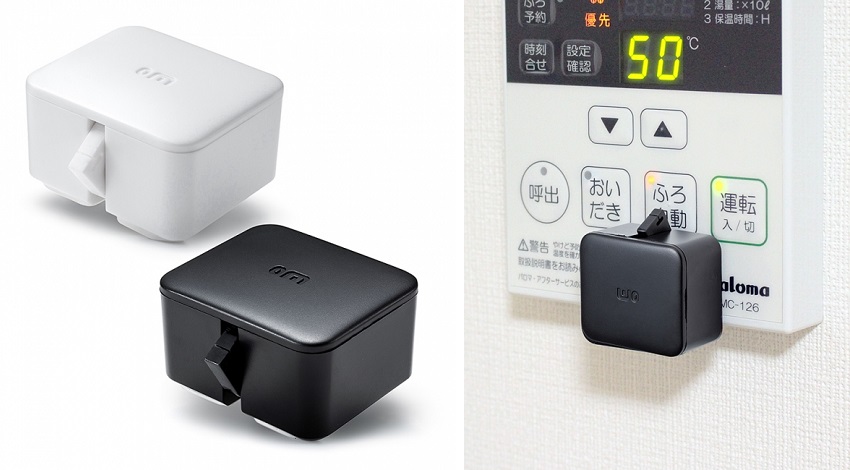 It’s not a cheap solution: you need one of their Wi-Fi hubs to get a IFTTT integration and then each of the button pushers, and probably some Sugru to position it correctly. But it is a bit easier as there’s no soldering or wiring required, essentially you’re just using a robot finger to push the button.

So I don’t think most people are going to want to use it, but I just mention it for those who really don’t want to go the whole soldering route. Choice is good.

Also, can you explain more about how your integration differs from the existing community integration? That one has been very popular, although I know they’ve had to make updates to it a few times over the years as things changed.

Also, we should note that both of these integrations will only work if you are using the V2 classic app, not the new V3 smartthings app. That’s because the smart home monitor feature in the new app does not allow you to automate setting its security.mode . That’s a big difference from the Smart home monitor feature that’s in the V2 classic app, but they are completely different code.

I used the cloud-to-cloud integration when I was on SS’s previous hardware platform. The integration itself was never really solid by the way, and broke entirely with their new line of hardware (which is backed by a new platform). SimpliSafe has since apparently locked their system, and only currently integrate with Alexa and Google Assistant. As for the button rocker thing, it’s interesting but would add quite a bit of uncertainty to the system. The keyfob remote is pretty tiny. I’ve been using my modded version of the keyfob with MIMO units driving the buttons for months, and it works flawlessly. I also removed the remote battery, and power it in parallel with the same power adapter used by the MIMO units using a step-down voltage converter. The whole assembly (SS keybob, MIMOLite and MIMO2+ and step-down converter) fit nicely in a 8x4x3 project box with a single power adapter.

Ive been looking at simplisafe but only for the PIR sensors as they apparently are very pet friendly. We have a 40KG Dalmatian and so far I haven’t been able to find any PIR sensors that are compatible with his size.

I do not want to buy into their whole ecosystem just to get PIRs, however from what they tell me they are wifi based which means I am pretty skeptical about whether I will be able to get them to connect to SmartThings.

@JDRoberts - I see you have commented here too, perhaps you will be able to help, you always see to have great experience and knowledge.

No
Own ecosystem
No

No
Own ecosystem
No

this is what I figured, thanks