Anyone have any experience integrating these with Smartthings?

I love Costco’s return policy so I was interested in getting these…but I wanted to see if anyone had any luck integrating these with Smartthings first.

No direct integration, but. If you have an Alexa device you can Create a virtual motion sensor and use the new echo sensor triggers for echo routines and turn them on and off that way.

I have been looking for more info on this also. Price is good but only a smart phone app and google/alexa is a deal breaker. Also FEIT hasn’t responded to my request for more info on their protocol. Based on what I see all the lights must be setup via their phone app but if you go to their user guides page there is no documentation there:

I bought the two pack and have spent hours trying to get them set up. Online support for FEIT keeps failing as well. I tried to tweet so we shall see. I destroyed the packaging so will probably just throw out if I can’t get a resolution.

UPDATE… 5th times a charm… got them installed, now need to read the above to connect via Alexa…

Could you share how you got them connected to SmartThings?

So after combing the forums and web for several weeks I am able to control my cheap Feit RGBW bulbs. I started going down the path of developing a purpose built driver from ST for these devices. Then I started thinking wouldn’t it be great to be able to create a generic driver that would control other WiFi devices from ST. Then I said wouldn’t it be cool if you could send a command via HTTP to Google Assistant and have that translate the text to an actual command to control devices. After researching I came across the V2.0 Assistant Relay ST app so I implemented it on a Raspberry Pi…works really well.

I can now control my Feit bulbs…all for the cost of my time and an $80 PI. And actually it was my son’s and he didn’t use it so I am paying him about half to take it off his hands. Which if you think about it a quality smart switch will cost you about $40 a piece. So now I can control a single light bulb in four different areas for the same cost as controlling a single area through a smart switch.

At some point I may create a V2.0 Assistant Relay post that lists out what to do and not to do to speed up integration for others.

FWIW, I also looked into buying some Costco smart bulbs for a project but decided against WiFi because -at least in theory- every additional WiFi device bogs down your WiFi network more.Ultimately I went with Zigbee (Sengled bulbs on Amazon and are officially supported by ST) no problems so far and they also are good Zigbee repeaters.

I looked at those too. If you wouldn’t mind reporting back after a few months of the pros and cons that would give great. Have a good one!

My LIFX ones bog down the ASUS wifi. I have a lot of devices though. 68+ sometimes…lol I am gonna probably peel off the LIFX bulbs onto a Ubiquiti Networks UAP-AC-LITE. And if still a problem move to a Cisco professional series one.

I don’t think it has to do with the brand of WAP, it’s a bottleneck of the WiFi protocol itself and just data-bandwith usage and traffic. All these Wifi devices are pinging and using little data constantly. Everything adds up. The upcoming WiFi 6 (802.11ax) may alleviate some of that, though. I only use my WiFi connections for data intensive and more “important” devices (around 20); the rest stays separate with Zigbee, Z-wave and ClearConnect protocols (around 160 devices).

I did notice that these bulbs can also be controlled by the smartlife app instead of the Fiet app. When doing so, I can’t change the color. I’m wondering if they’re Tuya bulbs and could potentially be flashed with something else. Has anybody attempted a firmware flash, or running them as a different bulb type?

How were you able to connect them via the Smart Life app?

When I try to set the WiFi info in the app, I receive a message that 5ghz is not supported. I have Google WiFi which should support 2.4 GHz.

Unfortunately for me, I wasn’t able to force my phone to connect to 2.4ghz either. The same holds true for all the wifi devices I’ve connected. I ended up renaming my 2.4ghz network something different than my 5gz so I could manually switch between them. I’ve heard rumors that you can walk away from your house right to the edge of Wifi range, and your device will be forced to use 2.4ghz, which has a longer range.

An alternative may be to rename or disable your 5ghz network to complete the config.

I have Google WiFi, which does not, that I know of, offer the ability to name the bands differently. I will have to try something else…

Do you have any additional info on this setup?

I didn’t continue the setup or flashing at this time, and didn’t continue smart life software either (didn’t work as well as the native Fiet app with the Feit bulbs). I’m doing what JDRoberts suggested at the top of this thread. Here’s roughly what I did in my words:

Create a “Simulated Motion Sensor” in smartthings graph in the devices tab
Create automations/pistons to set the motion state of the sensors as desired (I’ve got a wall switch, and motion switch)
Add the Smartthings skill to your alexa.amazon.com
Also add the Feit electric skill
In the alexa phone app, hit the Hamburger -> Routines
“When this happens” Simulated Motion Sensor Detects Motion, turn on Feit bulb
Repeat the previous step for the motion clear event

The downsides to this is that you don’t get color or brightness control in Smartthings, and it’s dependent on Amazon’s cloud.

Is this making sense? Is there something more specific I should say about this process?

I see the Alexa Routines can see my physical contact switches, so I’d assume a simulated contact switch would work the same as a motion sensor, but I haven’t tested this.

Got it! It does make sense. I suppose I could use the virtual device approach. So you’re essentially treating Alexa as some sort of IFTTT 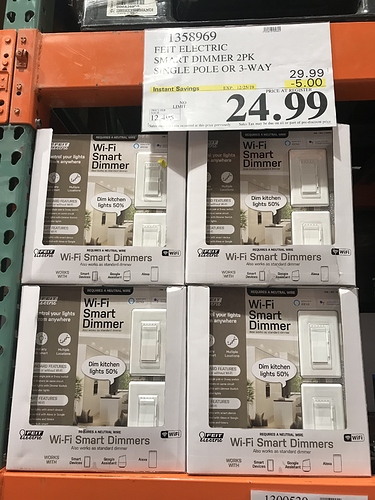 I haven’t tried those dimmers, but if they work with Alexa, I’d assume the same would be true. As an alternative, you could use smart bulbs and purchase the Ikea zigbee buttons instead. I just bought 2 simple on/off buttons for $7 each.

Okay, in setting up my new Ikea devices, I made a discovery that makes this alexa integration slightly easier.

The “Simulated Contact Sensor and Switch” seem to work with Alexa. She can see the state of the contact sensor, and can turn it off and on. See steps #1 and #2 from this post:

How to: SmartThings_MyQ SmartApp using MyQ Sensors with IFTTT How-To

MyQ for LiftMaster and Chamberlain is not directly supported by Smartthings, so the only way to make it work is by using a SmartApp called SmartThings_MyQ created by brbeaird. SmartThings_MyQ SmartApp works great to open and close the door, but it does not have the ability to natively monitor the MyQ open/closed status. SmartThings_MyQ has a nice feature that allows the ability to add smart tilt sensors to a MyQ controlled garage door for monitoring open/closed status. Smart tilt door sensors can add up in cost depending on how many doors you have and they are not always reliable. Recently MyQ added a premium service feature to support various partner integrations with MyQ. Unfortunately, SmartThings was not one included in the smart partnership, but IFTTT was a selected partner. The servi…

So now I can “Turn on” my virtual lamp device, and that triggers the on routine within alexa, and turning it off does the same. Also, if I turn on my “Upstairs lights” alexa group, the simulated switch shows On (and Open). This design is slightly for webcore pistons when controlling a group of bulbs.

PS, saw this device that looks similar to your FEIT dimmmer: 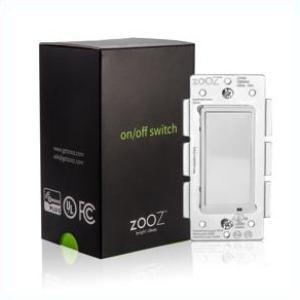 It’s $23 right now (I assume a black friday/cyber monday sale). So, it’s slightly cheaper, should connect directly with smartthings hub and won’t require alexa hacks. I haven’t personally tested this switch, but it’s on my ‘Wish list’ for Christmas