Most of these deals will only be good for a few days, so look quick! Feel free to post any additional ones that you find.

Most items seem to be about 15 to 20% off, but hey, something is better than nothing!

The Yonomi blog has an excellent round up article on popular smart home items on sale for Father’s Day so I’ll just link to them. Waited until the last minute to shop for Father’s Day? Don’t worry, we’re right there with you. Picking out the perfect gift for Dad that he’ll actually use and be excited to receive is a tricky task. Don’t stress - we’ve rounded up some online...

If you want to be able to record live over the air TV (not over cable or satellite or app) and watch it via a fire TV stick or on an Amazon echo show device, Amazon has a nice bundle for Father’s Day. $50 off the regular bundle price, which itself is that a discount over buying the pieces individually. So The deal price is $242.60.

But to be honest, the nicest thing about this is everything all comes together and will work together, you don’t have to pour over product descriptions for all the individual pieces. . But you do need to understand what you’re getting.

One of the cool things about this is you can put the recast unit, connected to the antenna, anywhere in the house. It doesn’t have to be physically near a TV. So you can put this device wherever you get the best reception.

You will be able to cast to any of your compatible Amazon devices or to the Fire Tv app, but only two at a time.

The Amazon website also has a really good tool that will tell you exactly what channels you can expect to get at your specific address. I found this to be much more accurate than other similar tools. Where we live, there are hills on three sides that block most reception. This tool was accurate in listing the three channels we are most likely to get.

Be aware that although this remote model does have a power button and the volume control button, that may not work with your TV. This is true even on some very new model TVs. It will control the fire TV stick, so once you have the TV on and the volume set to where you want it you’ll be able to do everything else. But maybe not turn on the TV.

So the two options for a lot of people when they find out that this remote can’t power on their TV is are either to keep the original TV remote around, or add the harmony hub which will then allow you to use echo voice controls for on/off and for volume with almost all TVs sold for the US market.

Just one example, this bundle by itself will not let you turn a Samsung smart TV on and off.

You could add a smart plug and get voice control that way, but personally I prefer not to just cut power but rather use a controlled shut down. And in any case, that method still won’t give you volume control.

Four devices in the box: the recast DVR, the HD antenna, the fire TV 4K stick, and the voice remote.

( sorry this URL is so long, I don’t know how else to get to the deal page)

OK, I’m definitely not recommending these, but if you must

Home Depot has a bunch of Evil Empire (Google, and specifically google nest) products on sale for Father’s Day:

Shop our selection of Nest Father's Day Sale in the Featured Products Department at The Home Depot.

Philips Hue is offering 20% off on some select products for Father’s Day. Not a lot of choice, but they do include the light strip plus, which is a nice product.

Save on Philips Hue smart lighting

If dad already has an iPhone, lots of places have the Apple Watch four on sale at $50 off for the cellular plus GPS version. I saw it at Amazon, Best Buy, and A couple of other places at that price. This is the one that has the built-in heart monitor and fall detector, and you can make calls or texts even if you don’t have the phone with you.

But you do have to have an iPhone because they share a phone number. And you will probably have to pay about $10 a month to your cell company to piggyback the watch on your existing phone account.

So not for everyone, but a good choice for some. 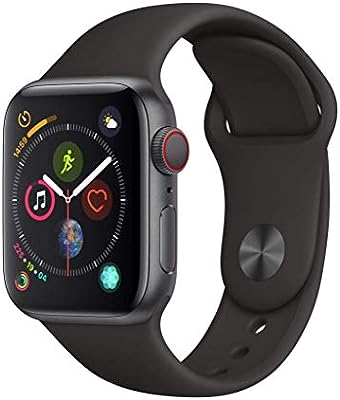 If you want to be able to record live over the air TV (not over cable or satellite or app) and watch it via a fire TV stick or on an Amazon echo show device, Amazon has a nice bundle for Father’s Day. $50 off the regular bundle price, which itself is that a discount over buying the pieces individually. So The deal price is $242.60

Don’t forget you can also get an additional 20% off any new FireTv device by trading in any old FireTv device ( even that 4 year old $10 Gen1 Firestick). I did NOT go through with the purchase since we have moved from FireTVs to Shield and Plex, but I did go through the motions and got the 20% off and a $0.99 music credit if I traded in Gen1 Firestick. This would bring the final price down to $195ish.

Several ring and blink items have been added to Amazons Father’s Day deals. Again, nothing super exciting but typically around a 15% discount.

Save on a wide range of devices for Amazon Echo and Google Home Nest smart homes for Father's Day. The majority of smart homes use devices compatible with Amazon Alexa or Google Assistant. Here are the best discounts on smart speakers, smart...

Home security is a major reason for many smart home configuration build-outs. Outdoor security cameras, video doorbells, home security systems, and smart door locks all add to a sense of security. As we head toward Father's Day, Amazon slashed the...

For cord-cutters and cord-shavers, HDHomeRun is offering up to 30% off on selected models:

I know it will strike some people as ironic (or rubbing salt in the wound) that the Lowe’s Father’s Day 2019 Sale features smart home items. But so it is. (Lower’s killed their own smart home brand, Iris, earlier this year.)

Most of the discounts seem to be pretty chintzy, I saw a lot of 5% off through Monday. There are also a few bundles with a free google home mini.

And they do have some bigger discounts on Samsung smart refrigerators and some other appliances, including the Samsung robot vacuum. It looks like most models are about $500 off which will be 10 to 15% off depending on the specific item.

If you’re not familiar with these lines, it’s important to note that even though the smart refrigerators are called “the family hub” they got that name before the idea of a locally networked home automation System had much of a priority at Samsung. In the case of The refrigerator, it comes from the idea that “the kitchen is the hub of the home,” the place where there’s the most activity and everybody passes by. These devices do not have a smartthings hub inside and do not work with Zigbee or Z wave devices directly. You still need to buy a smartthings standalone hub model for those protocols.

I hope that’s clear, it confuses a lot of people.

Smart Dads love setting up their smart homes with SmartThings. Help him show it off (and make it family friendly) with the top rated custom view & control web dashboard builder: ActionTiles!