FAQ: how to tell which version of the SmartThings mobile app that you have

In 2018, there were two available versions of the mobile app. The classic was discontinued in December 2020, even though it still has some features that the newer app does not have.

It’s easy to tell the difference: they had different logos.

If you were directed to this FAQ so that you could figure out which version of the mobile app a forum post was referring to this is as far as you need to read.

The remainder is more for experienced members of the forum and covers how we as a community are dealing with the ever-changing terminology the platform has presented. But feel free to skip it if you’re not interested in that kind of thing.

Note that the name of the 2018 app changed multiple times since it was first released. As of July 2019 it changed again, and after that was just called “SmartThings.“ But with the same picture logo as shown above.

Unfortunately, a lot of the documentation, including the app descriptions, hasn’t all been updated and there is official documentation which still calls the classic app “our new app.“

That means there are forum posts from 2015 through 2017 referring to “the new app“ which are really talking about the one that is now called “the classic app.“ It can get very confusing

What to call the apps in forum posts?

We’ve tried coming up with abbreviations and nicknames and stuff like that since “smartthings (Samsung connect)“ was released in April 2018, but none of them have stuck.

So one year on, when “new“ isn’t quite so new, we’re going to try something else.

The original version of the app had a lot of “hello, home“ verbiage and came out when the V1 hub was released. So we’re going to call that the V1 app or the 2013 app. 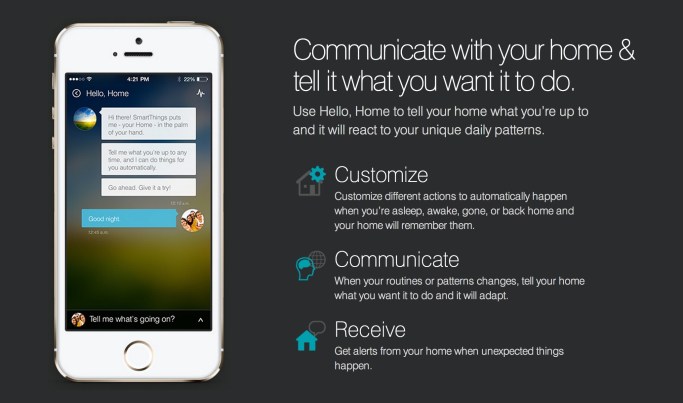 Then when the V2 hub came out in the fall of 2015, A new version of the app was released. It introduced smart home monitor, smart lighting, rooms, and routines. At the time that it was released it was called the new app. Later on it was called the classic app. It went through a lot of versions over the four years since it was first released, and in particular the icons and their names at the bottom of the screen changed multiple times, but you can see they’re all related.

in this forum, just for shorthand and to futureproof posts, let’s call it the Classic app or the 2015 app. 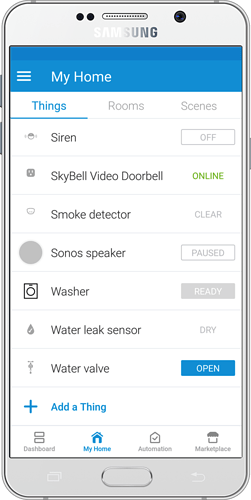 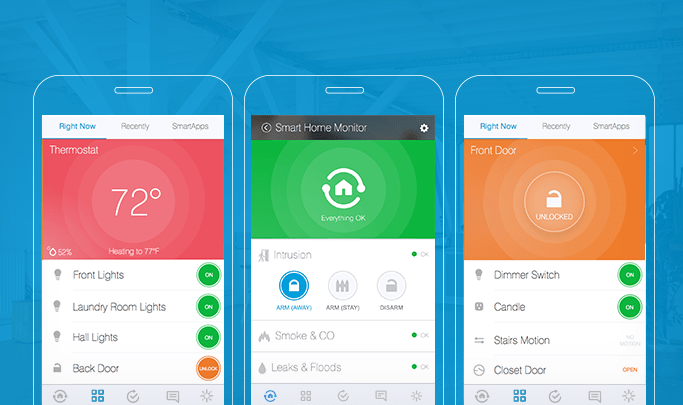 In 2018, the V3 hub was released, and a new app came out from a new UI development team. Originally they tried just calling it “SmartThings” and re-naming the Classic app to “SmartThings classic.” But after about six weeks they changed the name in the App Store of the newer app to be “SmartThings (Samsung Connect).” So you will see support referring to it both of these ways.

In addition, people on the smartthings engineering staff sometimes call it “the One app“ because of internal company discussions about combining all of the various Samsung apps into one. However, in my experience the people working the support line don’t know that terminology, and it can be really confusing to people who have never used more than one Samsung app.

In the forum we tried using the abbreviation STSC, but it didn’t really catch on. So let’s just call this one the V3 app or the 2018 app. It came out in 2018 when the V3 hub came out. It looks very different from the 2015 app, and includes its own if/then rules engine. And a picture of a plant. 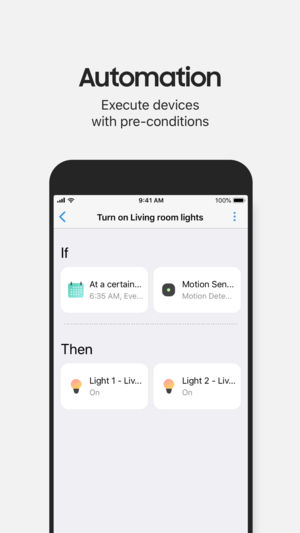 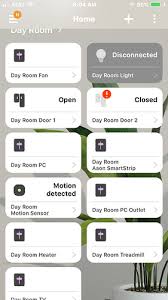 So if you are searching the forums and you see something that refers to “the new app,” check the date. If the post went up between 2015 and early 2018, it’s probably referring to the 2015 Classic app. Not the V3 app, since that was not released until 2018.

And if the post was dated after May 2021, it might be referring to the 2018 app OR to the 2021 app. Which is why using the year specification is helpful.

In June 2021 SmartThings Will release a new version of the app with a very different UI. In the forum, we can just call this the 2021 app. 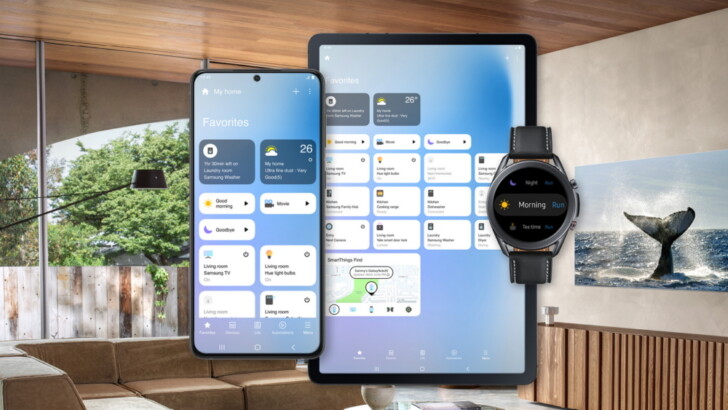 Apple users will remain on the 2018 app for awhile, though.

Also, note that none of these is a “smartapp.” SmartApp is a term that applies to code that runs on the SmartThings platform. Not the mobile app that runs on your phone.

5 Likes
SPECIFIC differences between "SmartThings Classic" (the V2 app) and “SmartThings (Samsung Connect)” (the V3 app)
Trigger action based on Temperature Sensor on a Motion Sensor?
Thermostat and Lock Recommendations?
Turn on the AC in the evening, but only if the door is closed?
Syncing two simple lights. Is something broken or am I doing it wrong?
500 Internal error when adding device manually
Need Help with SHM Automation
My Samsung Air conditioner with SmartThings wifi control no longer interfaces with google home
Motion sensors working but not triggering SHM
[NEEDS UPDATING] SmartThings Beginner’s Guide (2020)
SHM and Motion Sensor Aggregation?
Hue Lights Controlled by Ghosts? They Turn Off Every Night at 10pm. HELP!
Beginner SmartThings set-up help needed! (UK)
Door to backyard pool. Best way to have it alarmed? --- One Button to Set Off an Alarm? --
Use light switch to turn on multiple devices?
What’s in a name? SmartThings and SmartThings Classic
First Alert Smoke Detector
Automations: "There was an error, please try again"
Samsung Water Leak Sensor messages won’t stop (July 2019)
Lights turning on randomly—how to troubleshoot? (V3 Hub, July 2019)
“Simple” automation for Sengled sensor open for length of time
Not sure how to solve my 3 way light switch issue using ThirdReality switch
Need to know when kids leave lights on
Need to know when kids leave lights on
Does the TP Link Mini work with the official integration?
Best way to unlock Schlage smart lock?
Switching from iphone to Andriod app- where is my Smart Home Monitor dashboard?
SmartThings Button, can you not trigger a scene?
Automations no longer display in app
New user - not a happy user
Aeotec Minimote discontinued? (2018)
And / Or logic question for multiple triggers in new V3 app?
Program schedule for enabling lock for certain hours for a schlage smartlock?
Arming Home monitor with Google Home?
Local processing help needed
Adding AEOTEC Range Extender 6 (zwave plus)
Use keypad/keyfob to set Smarthings home monitor alarm for New App?
SHM with Aeotec Siren 6: use chime and siren for different events?
Sonos Notification volume is way too loud
Newbie help required: not receiving notifications when events occur
How to set up a Ring device in smartthings?
Something big is coming! (June 2021 app update)
Broken Association
Best Options for Door/Window Sensors?
Update on SmartThings Classic Shutdown
GE Motion Switch
Smart solution for setting dumb light with 3 modes: a) lights off b) activated by sensor and c) permanently on? (UK)
Smartthings notifications stopped working
[OBSOLETE] GoControl Smart Wireless Light Switch WA00Z-1 (see post #79 for Nov 2020 version)
IOS 13.3 Unable to complete installation
Actually using ZRC-90 controller?
490 alerts so far after I dismissed it
Goodnight SmartHome
ST-compatible RGBW LED Strip Controller Reviews (2020)
From Rule Machine to Core or WebCore
SmartThings Device Controllers Failing to open for TV and washer on second phone
Location mode vs member location
© 2020 SmartThings, Inc. All Rights Reserved.