SO that device it turns out is actually this device:
http://www.sunricher.com/z-wave-series/z-wave-secondary-controllers.html

I got one - initially I got it to pair - but ran into the old issue where the hub can recognise the command but not the button pressed. Today however, I discovered a configuration command (not listed in the manual that they sent to me with the device) that enables central scene reporting…

So… New DTH on the way soon

@ajpri is working on a device type handler for this new device. It fits over an existing switch, but is a different form factor then the gocontrol and Sylvania covers. In particular, it looks like the toggle physically moves so that it is in the up position for on in the down position for off which I know a lot of people have been asking for.

Unlike the Switchmate, which is just held in place with magnets, this one does require removing the old face plate and then screwing this device in its place.

Also available in a rocker model, although that one seems to be harder to find: 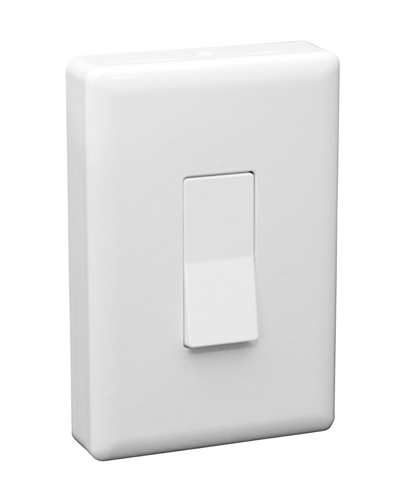 Discussion in the following thread:

Note that unlike the go control smart switch cover and the Sylvania smart switch cover, this one should not be used over a Switch that controls the current to smart bulbs as it is going to physically activate the original switch underneath the cover and cut the current to the bulbs. You don’t want to do that for a switch for smart bulbs which is used frequently because when the switch is turned on again, the inrush current can damage the radio in the smart bulbs overtime. So use this one with dumb bulbs, and one of the other two for smart bulbs.

For any follow-up comments or questions on switches for smart bulbs, please use the following thread:

We want to keep this thread just to one or two posts per button device. Thank you.

Wow, lots of information here. That’s the hardest thing about coming into SmartThings “late” like this…seems like I missed all the buzz.

I was originally searching for a single button to arm security but I just decided to make a widget on my phone that does it, lol.

I agree, lots of info… hard to sort through. I wish there was a nice summary of the options, but these forums aren’t designed for that.

I’m currently trying to get my Hue Dimmer Control working with SmartThings. I don’t have a Hue hub, so this is the only solution I’ve found. I’ll be trying it out.

I’ve looked at this list of other device options, but most of them are $50USD… the Hue dimmer controller is $25 CAD at Bestbuy here in Canada… no import taxes etc. So if it works to get 4 buttons for $25 that’s not bad… The DSA03202 minimote looks like a good option as well, but here in Canada it’s $30 on amazon.ca (I’ve seen it on other canadian sites for as much as $80!!! All other options seem to be at least $50 plus shipping… if anyone has a nice summary of options and prices I’d love to see it.

If anyone wants to create a table of all these devices and put it into the community – created wiki with columns like:

Please do! I can’t enter tables into the wiki, so I’m not going to do it. But everyone is welcome to add information there and it would be great to have a page like this for each device class. In this case, for buttons.

Just add it to the unofficially supported Device category and call it Table of Button Devices.

You could even just set up the table with one button and then let other people fill in more later. But like I said, I can’t do it, the wiki table format doesn’t work with my voice dictation software.

While not officially a button, we are using the Smart Things Motion Sensor inside a box on a bookshelf as a touchless switch to control several things at once. The sensor is lying flat facing up. When you wave a hand over it, Things Happen.

Here’s a way back for ya! J/w if you’re still using this setup? I like the simplicity, but wondering if shadows, or lighting changes, or anything else ever caused false triggers.

While not officially a button, we are using the Smart Things Motion Sensor inside a box on a bookshelf as a touchless switch to control several things at once. The sensor is lying flat facing up. When you wave a hand over it, Things Happen.

Here’s a way back for ya! J/w if you’re still using this setup? I like the simplicity, but wondering if shadows, or lighting changes, or anything else ever caused false triggers.

We use it all the time.

Very few false alarms, it depends on the exact placement of the motion sensor, but it works well for us. We did find it if we didn’t put it in a box then we got too many false alarms. I think we now have four of these in various places around the house.

Very cool idea, would probably work best on a shelf or away from heavy traffic, I’m afraid of actions being executed if I were to accidentally nudge the box or have to move it when cleaning…

Here is the link with a couple of rows already filled out:
http://thingsthataresmart.wiki/index.php?title=Table_of_Button_Devices
will try to add more as I have time.

P.S.
Not very versed on either html, css or wiki so its just a basic page and table format, not sure how easily will be to add for others, I started and excel table to keep my additions and then importad using http://www.tablesgenerator.com/mediawiki_tables

Hi,
Did you ever write a DTH for the sunricher switch?
I’ve got the z-wave and a zigbee version of the switch, but not really sure where to start with writing a DTH for either of them.

Yes I did - just never got around to doing a release. Will try to do tomorrow - worst case PM me and I’ll send you the code with some instructions 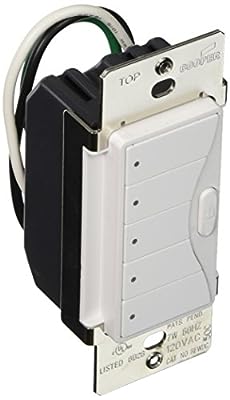 The Eaton RFWC5AW ASPIRE RF 120-Volt Wall Mount 5-Scene LED Keypad serves as a flush-mounted device for activating up to (5) "scenes" or "zones" by manually pushing one of the (5) buttons on the face ...

But cheaper? I don’t need as many buttons. Actually, currently I only need one (to make wireless 3-way).

Release, github, or just email me the code, I should be able to get it working from there.

But cheaper? I don’t need as many buttons. Actually, currently I only need one (to make wireless 3-way).

if you only need something for a wireless three way, and you want it to be mains- powered, I would recommend the Lanier/go control accessory switch, WT00Z.

This device does have a Z wave radio in it so it will show up as a device on your things list, but is not intended to control a load and was designed for virtual three ways.

As long as you are using it with SmartThings, you can use it with any other smart switch that smart things can control, because the WT00z will talk to the hub and The hub will talk to the master switch. It’s a very popular device in the community for a number of different use cases.

Shop around, because prices do vary, and you can often get the best deal at Lowes or Home Depot with one of their general coupons. So I’m just going to put the Amazon link here as an example, but check prices elsewhere before buying.

If you just want a single button, there are several buttons listed up thread and some people do use those for virtual 3 ways. Just started the top of the thread and work your way down and you should find at least three or four.

Thanks, seems good but this review comment is scaring me:
". There is an issue of synchronizing the state of this switch with whatever load you are trying to control. If this switch is off and the load you are trying to control is on, when you try to turn the load off with this switch it doesn’t work because this remote switch is off. You need to turn this remote switch on then back off again in order to initiate the command. There are some things you can do to sync but i’m controlling scenes so I don’t need to do this. "

There’s an easy fix for that problem, you just sync the master to the remote and remote to the master so that when the Master is turned on then the remote gets turned on and vice versa. But I don’t want to go into the details on that in this thread because we would be going far off topic for this FAQ.

There are a lot of other threads in the forums that discuss the WT00Z, so why don’t you find one of those for follow ups discussion.

If you use this switch with direct association there are no issues, they are instant, for on/off and dimming. 2 are configured to control dimmable LEDs and 1 is an on/off.

I have 3 that work great all using direct association.

However, I bought these several years ago, they work great all this time, but now that zwave plus is out, not sure what I would get if I had to start over.

Are your masters/load switches same brand or does it work well with any (direct association) ?

@djsvetljo
Use GE switches for master.

I can’t. I have‎ to use Leviton - they are the only one currently offering LVM transformer compatibility.