Yes, I was asking about the Mr Beams. If I could get them with a manual OFF, that would totally solve my problem. I’ll look at the whole product line on Amazon. Thanks

Yes, I was asking about the Mr Beams. If I could get them with a manual OFF, that would totally solve my problem. I’ll look at the whole product line on Amazon. Thanks 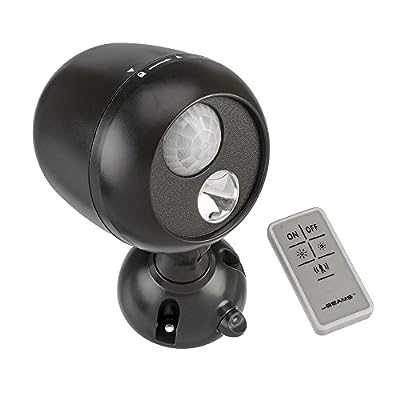 I have a very cheap tilt sensor on one of my garage doors. This would be a perfect solution for a mailbox door. It’s small, cheap, and tells you when the door/lid changes state. 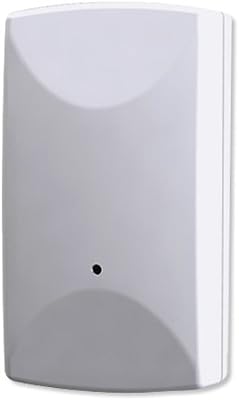 From the leaders in Wave technology, the Eco link Garage Door Tilt Sensor allows you to improve the safety and security of your home and family easily and effectively. Built with premium components, i ...

Has anybody tried the 2nd Gen Iris motion sensors outdoors? They’re cheap and very small. I have canvas awnings over my windows and doors, so I could keep them out of the rain and a lot of the wind effects too.

It’s not SmartThings. You can’t get an outdoor sensor of the kind of people want to work with any other zwave controller either. There isn’t one for vera or Zipato or indigo.

And yet clearly outdoor motion sensors exist because we see them in outdoor lights and cameras. So what’s the difference?

First is power. All of the existing sensors I’ve seen in inexpensive lighting and cameras are running on At least 3 V of power and often 12. Because the sensor turns on the camera or the light, the sensor generally has full use of the power and then it switches over to the other feature. Bigger batteries mean a bigger device. But there are some which are lower power.

The second obvious one is cost. Control 4 has an outdoor zigbee motion sensor that seems to work quite well. ( it’s not compatible with SmartThings, I’m just using it as an example of an outdoor sensor.) Most DIY home automation customers start yelling if a sensor costs more in the US than around $40. The control 4 lists at $199 and is typically marked down to $159. I just don’t think most Vera and SmartThings customers will buy at that price point. Even if you assume that control 4 devices are generally marked at twice the typical retail price point, that’s still a list price of $100 marked down to $80.

Finally, and this is my own pick for the main reason the sensors don’t exist, is that right now the primary DIY protocol is Zwave. And Zigbee generally works better outdoors. (If you want the technical reason, zigbee uses DSSS and Z wave uses FSK. ) but, and this is a big deal, you’re really only going to get that improvement if your coordinator uses zigbee channel hopping, which SmartThings does not.

If you’re in the US, there is a $49 zigbee motion sensor from NYCE. Vera has certified it as compatible with their new plus model, and there’s a SmartThings DTH. But it’s not in a weather-hardened case. So you could try it in a sheltered position and see, but I don’t know if it can take temperature differentials. And you still have the issue that the smartthings hub doesn’t do channel hopping, which means you might miss alerts.

so typically the ones that do work are a bigger case, a higher cost, and require more sophisticated message management then inexpensive DIY home automation hubs provide

You put those three things together, and it’s just not a fit for the budget conscious DIY market that’s using Z wave.

I’ve been waiting to hear of anyone that’s using the NYCE Device outdoors, but so far I haven’t seen a project report on that. The price is OK, the size is OK, but I don’t know if the fact that SmartThings doesn’t support zigbee channel hopping will mean that alerts get missed on rainy days.

So you put all that together, and my own guess is that zwave isn’t really suited for this function and while there are zigbee sensors that exist, they cost too much for the budget-conscious DIY customer who typically buys SmartThings.

There is one other alternative, but it means adding yet another bridge and protocol. And it is a somewhat higher cost, although it has come down in the last two years. There are community members using this, however.

These are the Kumostat sensors. I love the engineering in these things. (And I don’t say that often)

One PIR motion sensor costs around $39 plus shipping. But you will also need the ethernet bridge ( One bridge for every 40 sensors). That used to cost $79, but now they’ve brought it down to $49 which makes a big difference. These are neither zigbee nor Z wave. They use 433 MHz, the same protocol that most professionally installed residential security systems use. They do have an IFTTT channel, which is nice.

They do not have a good reputation for customer service, although it’s been improving over the last year, but some people have had to go to their credit card company to get a defective device replaced. But the devices themselves Are generally rated very high.

There is a community-created device type:

I have the first pass of an integration ready for Wireless Sensor Tags. There is a service manager SmartApp that allows you to log into your Wireless Sensor Tags account and reads what tags you have registered. You can then choose which tags to connect to SmartThings. The main support so far is for the Wireless Motion Sensor Tags (temperature, humidity, motion, and open/close plus more). The moisture / water sensor should also work, but I didn’t have one to test. The other types of tags should mostly work as well, since their system reports data consistently from the different tag types. You can get the code here: I’ve tested it quite a bit locally, but there may be a few bugs left to iron out. I need a couple beta testers to verify.

Here is the link to the tags themselv…

There are Internet ratings from people in Europe who have bought these, but I’m not sure exactly of the process for that. They do have CE certification, so they are legal to use in the UK.

The range on these is really good, much better than either zwave or zigbee. So you may have seen me mention them before when someone was looking for a solution for an outbuilding or distant mailbox.

(You sometimes see these on Amazon from third-party sellers but at two or three times the manufacturer – direct price.)

The full company name is Cao Gadgets Kumo Wireless Tag sensors. The wireless tags are different form, little tiny squares that can be used as accelerometers, but not detecting motion from a distance. For that, you want the “PIR sensor.”

So I think these are definitely worth trying if you’re willing to add an additional bridge and protocol. If they don’t work, returning them might be difficult. Setup is going to be more complicated than just using another zigbee sensor. And they’re more expensive than most of the indoor sensors. So obviously not a perfect choice, but they might be an option.

Everything you say is true (how do you find the time to write such long posts!). But on the other hand, here in the U.K. our major DIY shed chain, B&Q sells an outdoor battery powered PIR LED light which is small, and costs £10.

(Hmmm… that gives me an idea… maybe I could remove the light and mount a zwave board inside instead).

I use voice recognition software. Most people speak in paragraphs anyway.

I will say it again…you ARE the best for helping us!

There is one other alternative, but it means adding yet another bridge and protocol. And it is a somewhat higher cost, although it has come down in the last two years. There are community members using this, however.

These are the Kumostat sensors. I love the engineering in these things. (And I don’t say that often)

One PIR motion sensor costs around $39 plus shipping. But you will also need the ethernet bridge ( One bridge for every 40 sensors). That used to cost $79, but now they’ve brought it down to $49 which makes a big difference. These are neither zigbee nor Z wave. They use 433 MHz, the same protocol that most professionally installed residential security systems use. They do have an IFTTT channel, which is nice.

Wow. Just looked these up. I’m seeing some awful battery life on some of my sensors. I’ll have to order the WST hub and a PIR to see. They sound great.

Not sure why people are not opting for this solution. I just hooked up two more and they work great with ST.

The base kit is $120, with additional sensors $70… then it sounds like you need to jury-rig a z-wave sensor to integrate into ST.

Here is another possible solution

Since there does not seem to have any z-wave motion sensor that can work reliability outdoor, has anyone thought of a way to integrate driveway motion sensor into ST? Such as basing off this product: 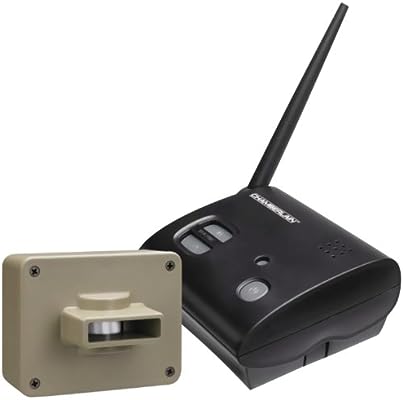 May be pick off the light or audible alarm with a z-wave device. Any idea is welcome.

(I have tried many motion sensors and they have all performed poorly in outdoor situation.)

You can always install a ring doorbell and utilize the motion on there. Fully outdoor capable.

I use aeon and works fine outside

Not sure if you searched the forum before posting, but there are several threads in this topic. This one mentions another:

This one works great. Have 4 of them now…Dakota and contact sensor. Have not see a false alarm and has a range of 1/2 mile

Could you please post the full device handler you are using for the SP103?
Seems the code in you post is partial, and as long as i am not sure where or the state of the original, i am not able to “save” the handler.