FAQ: Are Smart Bulbs Repeaters? (Updated 2019: the new answer is yes, but may be inconsistent)

PS. The reason for doing it in the first place was due to 5 Osram lights dropping. I wasn’t keen on delinking each and the powerdown cured that. I’m in the middle of doing it again and will ensure the Ikea bulbs are on last after triggering all others.

See also the following thread which discuss a specific bulb brands and their behavior as repeaters:

An update for Fall 2017: Zigbee Bulbs that Can Lose Messages from Your Other Devices Over the last year, a number of network problems have been reviewed by both community members and SmartThings staff, and it’s now been established that some, but not all, zigbee lightbulbs when connected directly to the SmartThings hub Will be marked by the network as available repeaters, but will in fact fail to pass on some messages from some of your other zigbee devices.

This can make it seem, for example, like an open/close sensor is failing to report when in fact it is reporting, but the bulb is not passing the message on. Cree bulbs seem to work OK if you have less than 10, but can start dropping messages if you have more. This is an extremely annoying problem and one tha…

The Cree bulbs don’t have the problems repeating, but beginning in the fall of 2018 there’s some crazy issue with a firmware update which can cause them just to come randomly on and off. Much discussion in the forums on this.

On the other hand, lots of good reports on the IKEA Tradfri bulbs once they are updated to the firmware released In mid 2018. They appear to be reliable not only for the typical zigbee device, but even for the Xioami sensors which have trouble staying connected with many other repeaters.

Thanks much for the update! I was just thinking of taking one of my hue bulbs “off bridge” to connect to SmartThings directly as a potential repeater. Won’t bother for now, I have other solutions.

What about the Ikea FLOALT LED panels ? Do they act as repeaters as well, just like the IKEA TRADFRI bulbs?

Recently picked up a bunch of Ecosmart zigbee tunable white bulbs with the remotes at Home Depot. Several of my zigbee end devices (both ZHA and ZLL) picked these up as repeaters and they’ve been working great this way for over a week. Not surprising considering these are zigbee 3.0 certified I suppose. The <$5 price on these is a steal, especially considering they come with a remote. They also get very very dim at the lower settings unlike a lot of my other smart bulbs.

I haven’t been able to force any of my Xiaomi/Aqara zigbee sensors to use these as repeaters yet, so I’m not yet sure if they’ll play nice with them like the Ikea Tradfri devices or not.

Any update on these Ecosmart bulbs? Just added these and some Sengled BR30s to my network and lost a few Xiaomi sensors.

I assume the Sengled are not repeaters like every other Sengled A19 bulb I have, so I was curious I was curious what other people have seen with Xiaomi and Ecosmart bulbs.

To my knowledge the Sengled bulbs are not. I had issues until I added a couple more Centralite plugs to help my mesh. I have 21 Sengled bulbs currently.

Not even the Sengled plug is a repeater.

No update. I have a bunch of Xiaomi/Aqara devices near some of the Ecosmart bulbs, but none of them have attempted to use the bulbs as repeaters so I haven’t been able to test compatibility. Sad to hear that they likely don’t work as repeaters for Xiaomi/Aqara, but not particularly surprised.

Did you check the “next hop” field in the IDE to confirm that the Xiaomi sensors were repeating through the bulbs?

On a related note, I installed a couple of the Gledopto mini zigbee LED controllers before the holidays, and I have a couple of Aqara water sensors and Xiaomi motion sensors repeating through them. I’ve noticed some of the Aqara motion sensors keep showing up as disconnected in the new app and the IDE, but show connected in the classic app and they still send motion events and check-in events properly. Otherwise they’re all working fine with the Gledopto as a repeater. Not sure if this is a device /DTH issue, repeater issue, or cloud issue.

Correct, they are not repeaters, just end devices:

Just FYI, been running several more days with the Ecosmart bulbs in the mix and my Xiaomi window/door, temp/humidity and vibration sensors have been fine. My motion sensors have been a bit iffy, but I think that’s due to increasing the network up to 70+ devices and I have some weak paths in place.

Presumably you had the Hue bulbs directly paired to your ST hub rather than via the Hue hub?

Yes, the Hue’s were directly joined and also serving as the router for many of the Xiaomi sensors. Maybe 1 out of 30 or 50 messages would be dropped by the Hue.

I never noticed with just temp/humidity sensors, but when I added motion sensors that turned on bathroom lights maybe a dozen times a day it was very noticeable.

Now with all the Hue stuff gone, it’s been a lot more solid.

You see I have Hue bulbs but they are paired to a Hue hub, and via that to the SmartThings system, and they give me no problems. So I am assuming they’d only be attempted to be used as a repeater by things that are part of the same hub subsystem - kept to their own Hue system they’d be ignored by the other non-hue zigbees.

This is very true since hue uses ZLL, not zha. Hue bulbs are really only good for sending and receiving messages to one another, and should not be used to mesh with anything but. This is why the official hue/ST integration is via the hue bridge.

I am looking for b22 bulbs that act as a repeater, ideally without needing an additional bridge.

I am looking for b22 bulbs that act as a repeater, ideally without needing an additional bridge.

So you just want them to repeat for each other?

The best is going to be Philips Hue with the Hue bridge, but I know you said you don’t want an additional bridge. So… 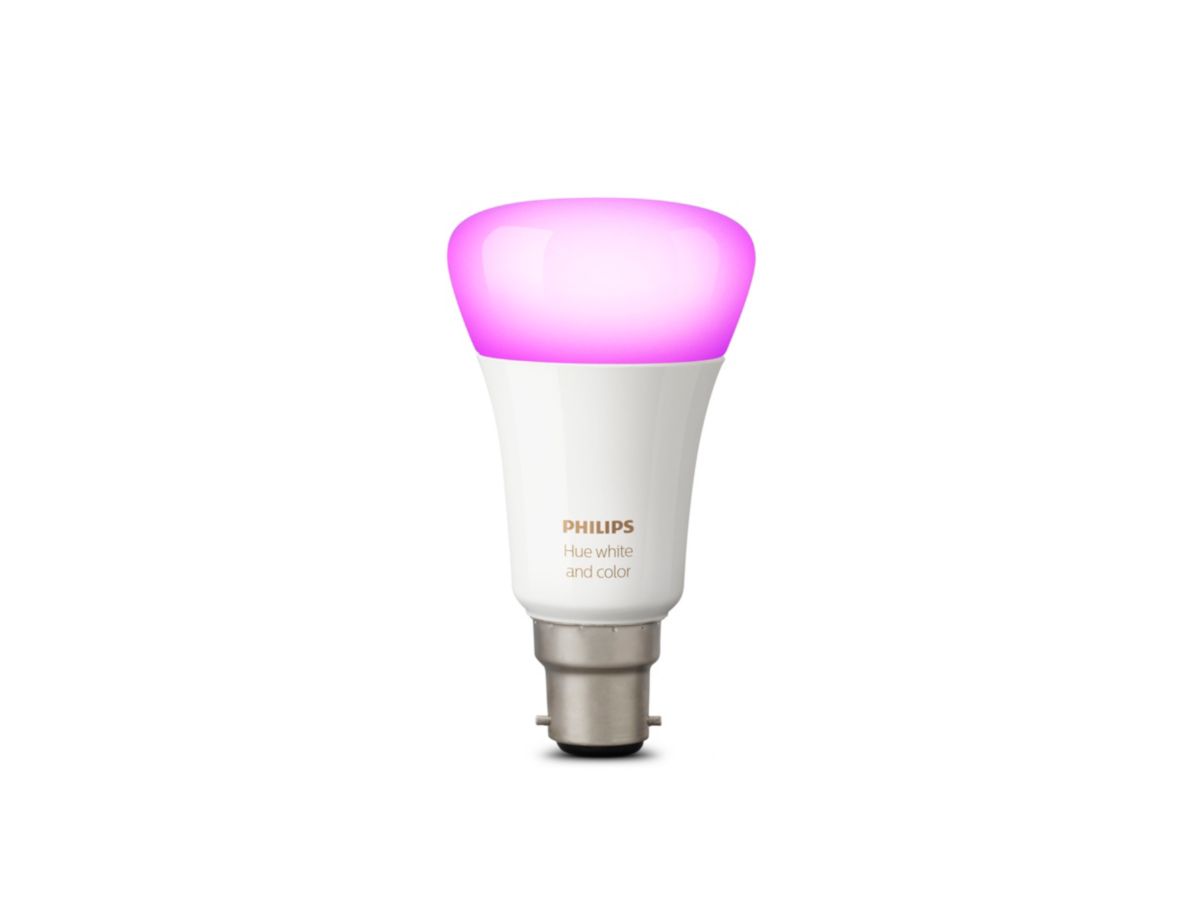 Osram makes a B22, but only for the U.K. Not the US. Which country are you in? 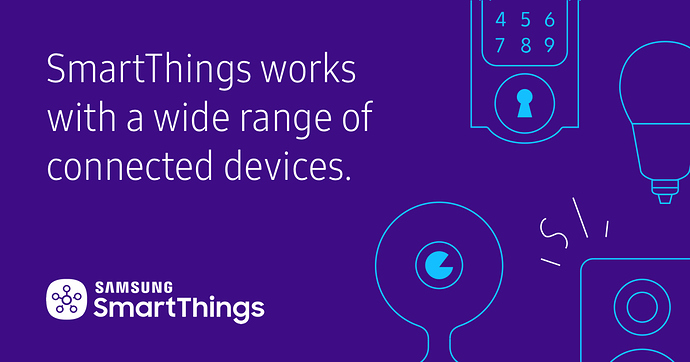 If it’s just a matter of reaching that specific bulb, instead of a repeating protocol, you could go with a WiFi bulb from LIFX , as they also make a B22 for Europe and the range is much longer than zigbee. 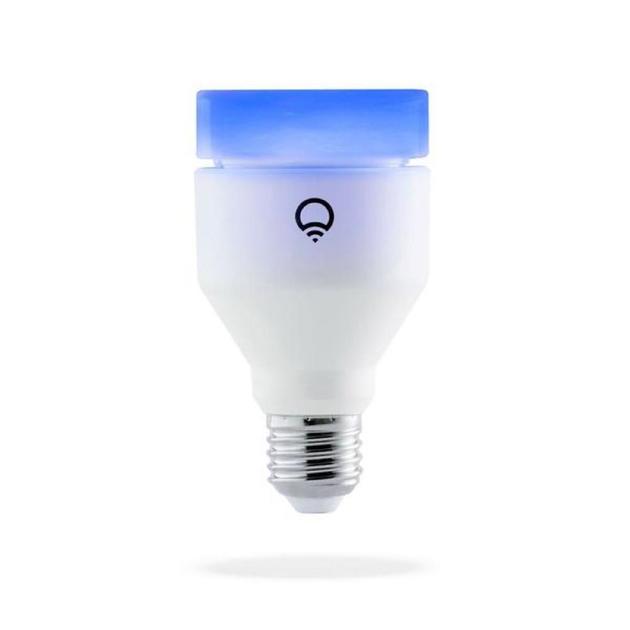 Otherwise, for some fixtures you can use a simple base adapter and then screw in any E26/E27 smartbulb you like. These are typically $6 for two. 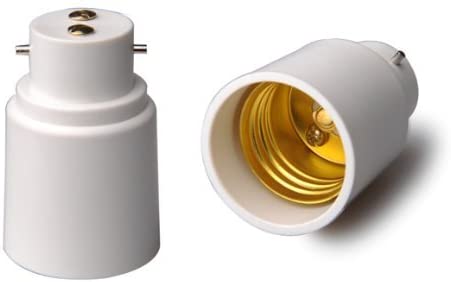 Or even less in the U.K., where more are sold: 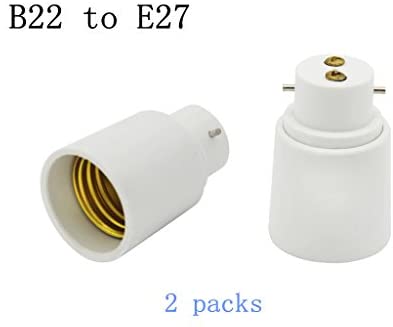 If you want to discuss this further, please start a new thread under Devices, as we’re getting a bit offtopic for this thread. Thanks!

Are there any BR30 bulbs that make good Zigbee repeaters? The GE Link bulbs I’m replacing are always-on (controlled with SmartLighting and a motion detector), but I want a more reliable bulb (there are 3 in the area, and one of them always seems to be dropping off).

With the Ikea TRÅDFRI bulbs (which only has an A19, no BR30), do they repeat for ZLL or ZHA or both? The Repeater FAQ didn’t make this clear. I am considering switching over my cellar lighting from plain LEDs and an old, hardwired, motion control switch (which has a fixed 5 minute on period) to use contact switch on the door and controlled bulbs. If I put the Ikea bulbs in that space (covering an area under half the main floor), I’m hoping they’d provide processing for my Zigbee mesh. I’m basically asking if this bulbs would help for routing of my Iris motion and contact switches.