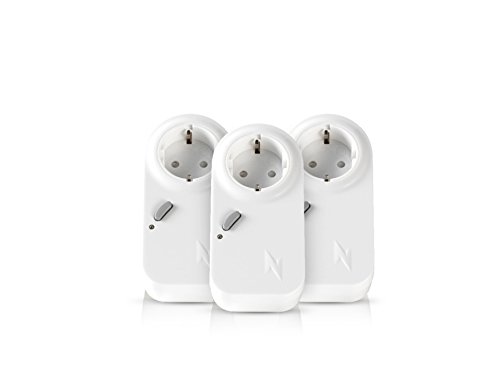 Excellent price! Let us know one way or the other if you figure out if they can extend your zigbee network. Sometimes the less expensive devices don’t.

How can I discover that? But take into account that standard price was 150euros. I think sitecom has tried to build his own hub system with no success and now they have stock to sell

Man… bought one…and now back to original price.
What a steal. Thanks

I am happy you did it too!
Let me know how it goes when you get them.

It is definitely the same. I think they also repeat

Hey Fabrizio, I got these paired up like you said with the Xiaomi Zigbee Outlet DH, no other DH I found yet works, on/off by the app works great, but if you manually turn them on/off the app doesn’t update.
And the power monitoring doesn’t work, which is a shame, that would be very useful, hopefully there’s a Zigbee Oultet DH somewhere where this will work. They are quite large, but 2 for 25 euros I’m not complaining. Debating whether to get more.

Mr @JDRoberts what’s the best way to test if these repeat or not? If I stick one between the Hub and my Arrival Sensor in my car? If the RSSI goes down, does that mean it’s repeating? At the moment I have LQI @100 and RSSI @ -75.

Happy to see they also work for you!!
In my case it was 15€ for 3 so no complaints at all

BTW, I managed to add them with the official SmartPower Outlet DH, so they are running local now and not in the cloud.

I am very happy for that!

I can confirm these definitely repeat, I mapped my network with an Xbee.

I bought these, but have trouble finding a device handler that actually works. Local execution is prefered.

@Alwas, can you confirm that On/Off in the app is working for you using the SmartPower Outlet DH?

I’m using “Zigbee Switch Power”, I have 6 of these, the trick is when you include it, check immediately that on/off from the app works, and that physically turning on/off device updates in the app, if either doesn’t, delete and re-include until it does, I’ve found it can take 1 to 3 goes.

I’m curious how you got wattage reporting though, as I haven’t seen that working at all!

Didn’t do anything special, just added the thing and went into the IDE to try different DH’s. Here’s a screen shot from my IDE, feel free to compare Data & Firmware:

Will try your trick with deleting and re-pairing, thanks!