Receive Push, SMS alerts, Verbal announcement via speechSynthesis or musicPlayer device(s), and/or run a Hello Home (routine) when a door is left open for longer than x minutes.
Optionally take a few photos of the event.
Optionally receive repeat alerts at each x minutes until the door is closed.

Original code by olson.lukas@gmail.com. Not sure actually where I found this code initially as I have been using the original version for a while, but nonetheless, I added the ability to capture images and also repeat notifications if the door does not close by the time the next alert interval expires. I also received false alarms initially and added some protection in to prevent those.

The code for this SmartApp is located here: 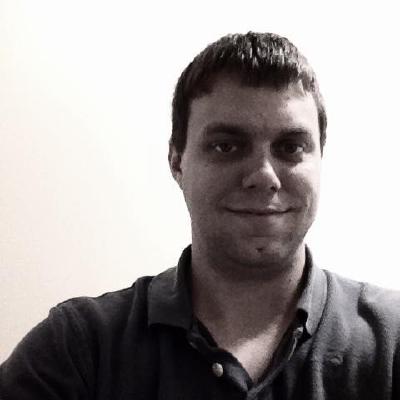 Version 1.3.1 adds a repeat notification limit of 10 to prevent repeat alerts from being sent forever.
The final notification will announce “Last notice.” Further alerts will not be sent for the same door left open incident. If the door closes and is then subsequently left open again a new set of up to 10 alerts will be sent.

Version 1.3.3 has been released here: https://github.com/rayzurbock/SmartThings-DoorLeftOpen

I recommend uninstall of the previous version for each door/contact sensor that it has been installed for prior to changing the code and reinstalling this version.

Sonos does not show up in list of device. I have UBI which shows up though. I want to use sonos / obything to announce if door is left open for long time.

Yeah, I’ve noticed the missing support for Sonos as well. Any chance for Sonos support to be added, as it is with the Big Talker SmartApp?

That would be awesome!

Wow! What a quick turnaround. I was actually in the middle of trying to add this capability when I saw your response.

Any thoughts on how to resolve? I don’t believe I’ve seen the same error for Sonos notifications with the Big Talker SmartApp.

Ok, thanks for the info and your work on this!

So, there is a fairly convoluted work around…

Any custom message entered with the SmartApp created in #3 seems to work just fine.

I’m doing some re-writing and testing of the BigTalker Talk() function according to how “Sonos Notify with Sound” calls speech functions. Preliminary tests are good. If this turns out well, I’ll migrate the relevant portions to my version of this SmartApp asap.

Awesome! Can’t wait for the update.

Yes, it does appear that “Sonos notify with sound” works in all cases.

Can this be extended to - repeat announcement when water sensor is wet ?

I just installed this app but I’m not getting the notification over my Sonos. I do get the alert on my phone. Any idea what might be going wrong for me? i do use other Sonos notification apps and they are working. Just trying to figure this one out.

Thanks in advance for the help.

I’m in the same situation as you. I was initially getting Sonos notifications throughout the house when I first installed this … but they seem to have stopped since then. One of the main reasons I installed the app, is for when we have company visiting (i.e.: people who don’t have the SmartThings app on their phone) and someone accidentally leaves a door open and we have a risk of the pets getting out. I want the house to talk to them and chide them repeatedly until they close the door.

Other Sonos notifications within SmartThings still work fine (i.e.: I have a simple “Goodnight!” prompt that ST sends to our bedroom Sonos when I throw the house into “Night” mode) … but this one doesn’t anymore.

I may try to see if the main purpose of this app can be met with CoRE.