Hi I have a 1930’s house in the UK with the original wired doorbell
Is there such a thing as a z wave button which would make my doorbell ring as normal as well as sending an alert, or is anyone aware of any hacks to get this to work

Have you thought of using this: 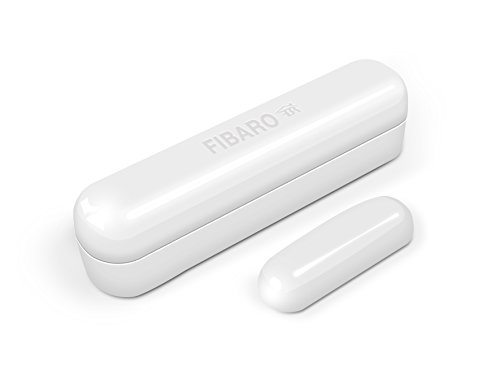 The Door/window sensor is a battery powered sensor. It's operation under the z-wave standard guarantees compatibility with the Fibaro system. The sensor expands the capabilities of the system by monit ...

You could wire in to your doorbell switch or ringer, so effectively it can turn any switch/contact into a Zwave sensor, instead of using the magnetic reed switch built-in. I have one connected to outputs on a wired alarm system, for example. It can also take a cheap DS18B20 temp sensor about 50p from electronics suppliers, so you get temp readings too.

With that sensor you might need a relay to have both the original bell ring and the sensor trigger. I made the mistake of hooking one up with power still running through the original doorbell and it toasted the sensor. A relay is easy to hook up just need to find out what voltage your chime runs at.

This thread covers a lot of options:

The use of one or more Modes ("location.mode") is the common paradigm established by SmartThings, but it is a rather limited feature since only one mode can be active at a time. It is really difficult to accommodate different use categories (home, away, night, day, do not disturb, armed, disarmed…) in only one global Mode. (NB: Technically there is one mode for each Location on your Account … since a single Account can have multiple hubs, and the hubs may be at distinct locations). The two alternatives that I consider: Use a start / end schedule preference in the SmartApp that links button to sound. Add a Virtual Switch Device to turn "Do Not Disturb" on and off. A separate SmartApp could flip this switch based on a schedule or various other criteria (such as when you are in the …