Distinguish between Open door for come in or go out?

The main objective is to control an intruders alarm.

In particular, I’m playing with a raspberry pi 3, bluetooth microphone/speakers, pocketsphinx voice recognition and http client/server to interface with smart-things hub. This solution allows to an automatic system ask “who is ?” when someone opens the door and expects a predefined answer phrase that inhibits the alarm. But this experiment is valid for incoming scenario, not for outgoing one.

Sorry, I must improve the question, for my objective it is more important known if the door is open from outside or from inside than what happens after door is open.

My experience is that presence sensor based on mobile phone considers me as “present” even when I’m really far from house (near 1000 m). That means I can not use it to inhibit the intrusion alarm without improve the system with additional information.

Get a door lock with user codes. Issue resolved.

Have you adjusted radius in app? Or enabled high accuracy?

That’s quite the radius

I use a Schlage lock that can distinguish between manually unlocking from the inside versus using an entry code from the outside. I have it set so that the door always locks once the door is closed. So this means that most of the time, people have to enter a code to get it, and they have to manually unlock the door to get out. I also have the Smart Home Monitor arm itself when the door is locked, and disarm when the door is unlocked. Unfortunately, z-wave isn’t fast enough to disarm the SHM before the door opens and sets off the alarm. So a mindful occupant would need to wait 2 seconds before opening the door or it would trigger SHM. There are ways to compensate for this by using delay entry smartapps, virtual switches, and/or webCore, but I haven’t taken the time to set it up.

Try different dth, perhaps @RBoy 's will help. I use same lock and no more issues.

Try different dth, perhaps @RBoy 's will help. I use same lock and no more issues.

I’m using @Rboy’s DTHs and smart apps. I believe the fact that my disarm is occurring after the door open is detected is just an inherent z-wave behavior. My door contact sensor is hardwired to an ESP8226 running Konnected.io. Perhaps if the door was using a z-wave contact sensor both events would have the same lag and arrive at the hub in the correct order. Maybe I’ll see if I can slow down the konnected.io code a half second or so and see if that helps.

Try forgiving security app, might have to go in through api to find it

My door contact sensor is hardwired to an ESP8226 running Konnected.io. Perhaps if the door was using a z-wave contact sensor both events would have the same lag and arrive at the hub in the correct order.

Unfortunately, There’s no forced sequencing with Z wave, it’s the nature of mesh. Messages can bounce around a little while and it’s not predictable. Two sensors on the same door sending a message at the same time might arrive in either order on any given day.

The officials document say scheduling can’t be guaranteed in intervals of less than one minute. People try to get around that with web core, which will allow you to set up a rule for events that are just a few seconds apart, but it may not always work.

oops, not found where to configure these things. The only configurable parameter found is the device name.

In app tap on top left corner, then the gear icon, then the map. That will let you adjust geofencing radius. 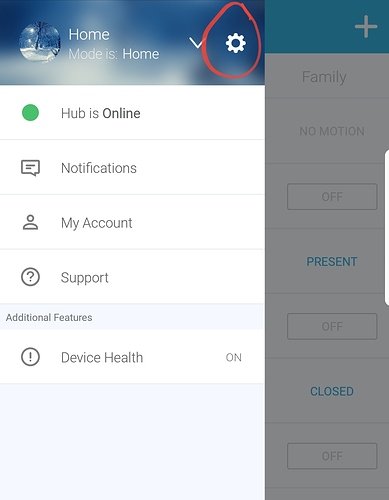 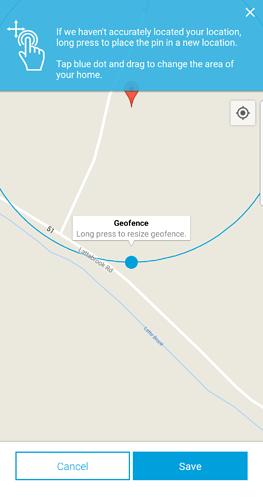 As far as phones actual setting, do you have android or ios?

Found, thanks a lot.

I use a simple zwave button mounted at the door on the inside. When the button is pressed the system deactivates (disarmed). Then the door can be opened (less than a second delay). I use presence sensors (phones and ST sensors) to set home from armed (away) to disarmed. Once inside, double press the same button to set the system to armed (home). Seems to work just fine for us.

I revisited my smartapps related to arming and disarming the SHM based on (un)lock events. I decided to rely less on the disarm feature in the rboy smartapp and use core. This seemed to improve response times. I also then repaired my mesh to further improve it. (I had a switch out of wack.) I still have an occasional failure where the contact is faster than the lock. I think I’ll try to code a small delay into the konnect.io lua code or the DTH sensor code.

I wish to set up an automation to turn on my hue lights in the living room when I open my main door upon returning home. I have a contact sensor on my front door which can trigger the lights to turn on. However, I realise that I will also inadvertently trigger the lights whenever I open the door to go out. I am pondering on the feasibility of adding a motion sensor or arrival sensor togther with the existing door sensor. Is there an effective way to achieve my objective?