One of my sensors disapeared from the app and IDE (a cheap generic door sensor).
no trace of it in the things, and not anymore in “my devices”.
At first i assumed i had deleted it by mistake.
So i went out (on my gate), re paired it, tested in the app. Confirmed it worked and showed a switch between open and closed as it should.
Time to go back in to add it to webcore, the sensor is not there anymore…
Any idea?

Note that i am not saying offline, but does not appear at all in the IDE…

Chatting with support. Looks like the device “removed” itself from ST…
Anyone else with a Heiman Door Sensor? 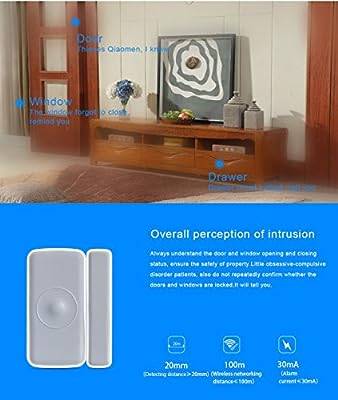 The device shouldn’t be able to remove itself completely.

With Z wave, the sensor knows who its hub is. And the hub keeps its own list of devices.

If A device just falls off the network, or even resets itself completely, it should still be in the hub’s table. We call those “ghost” devices, leftovers from a previous pairing.

But there shouldn’t be any way for the zwave sensor to force the hub to change its device table. It’s just not how zwave works.

This is Z wave and not zigbee, right? (Heiman makes both.)

Yes, Z-wave. ST Support has now force-removed the device on their end.
I’ll re-pair it tomorrow morning as I’d rather do it in day light. I need 5/10mins to remove duct-tape and rubber balloon, re-pair, re wrap inside a rubber balloon, duct-tape in place and test.
Lets hope it lasts, and if it does not I’ll recontact the support!